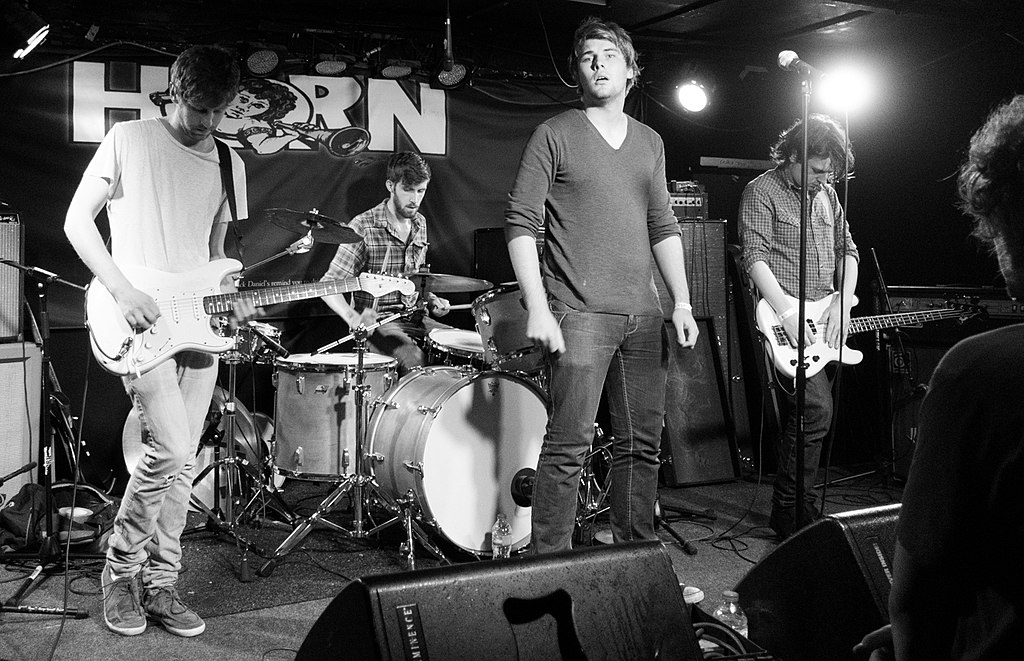 Girl Band, the Irish post-punk noise band announced on 16th November 2021 that they would henceforth be known as Gilla Band, issuing an apology in a press release and social media posts.

Gilla Band have been together for 10 years now and their line-up includes four men: Dara Kiely, Alan Duggan, Daniel Fox, and Adam Faulkner. They first received critical acclaim after the release of their first album Holding Hands With Jamie in 2015 and even more praise following the subsequent release of The Talkies in 2019. After already establishing a name for themselves, their recent name change has provoked discussion amongst fans.

On Instagram the band wrote that ‘Girl Band’ was a name ‘chosen without much thought. From a place of naiveté and ignorance’, adding that the ‘misgendered name’ has become ‘impossible to justify or explain’ in recent years. Gilla Band apologise for any role they have played ‘in propagating a culture of non-inclusivity’ and state they want to change that, thanking those who educated them on the topic.

Many people may be confused about what was so controversial about their previous band name. I first became familiar with Gilla Band after the release of their second album, The Talkies, and never thought too deeply about their band name at the time. I merely thought it was an ironic statement meant to be funny as all the members of the band are in fact men.

However, since their formation in 2011 the band has, over the years, been questioned regarding this name choice. In 2015, Daniel Fox in an interview with Brad Cohan for Vice, stated that the choice wasn’t a ‘super-ironic’ thing but that some people think the band are ‘taking the piss out of girls’ which they are ‘very much against’ and they’d ‘hate to think’ they had put any women off.

Their previous name Girl Band is more controversial than I first considered, due to the history of the term in music. Throughout the last 40 years in music journalism and wider media, the term girl band has been used to denigrate all female bands. Whilst the first descriptors of all male composed bands are often the genre of the music they are producing, bands with all female line ups have the term girl band prescribed to them first and foremost before even the content of the music they produce has been mentioned.

The music industry has been dominated by men since it came into fruition, and still is today. Whilst boy band is a term merely ascribed to all male bands that specialise in pop music, the label of girl band has historically and still today ascribed to all female bands regardless of whether they are producing pop music.

Just as many all-male rock and alternative bands would dislike the label of boy band, merely reducing the subject of the music to their gender and not acknowledging genre. Female bands have faced this for years, as it perpetuates the idea that bands are presumed ‘male’ and ‘masculine’ unless explicitly stated otherwise. Although this is changing slowly, one can see why Gilla Band do not want to be associated with this anymore and seek to make themselves more inclusive.

Considering this context, one can understand the reasons behind the name change. However, the timing of this decision seems somewhat misplaced and self-serving. They’ve been critiqued about this name choice for at least 6 years if not more, so why now to change the name? As Tyler Goslen in Far Out Magazine discusses, what’s the point of choosing an out there or controversial name just to backtrack on it when you’re critiqued. This seems like a choice made in the light of cancel culture becoming increasingly prevalent in recent years. So it serves the purpose of protecting themselves from a perhaps imminent cancel culture storm. Perhaps it seems like they were tired of being asked about it but now or at least for a couple of years they’ll be asked about the name change instead.

However as some would say, better late than never, and on the optimistic side, hopefully their name change and future actions could help in a small way to make the music industry more welcoming to women. Gilla Band, alongside their name change, announced a set of gigs in Ireland at the beginning of 2022 so if you happen to be in that vicinity, they are definitely worth checking out! In the meantime, you can ponder what you think about this name change to what is one of their best tracks in my opinion.

‘Shoulderblades’ – Gilla Band from their album The Talkies: 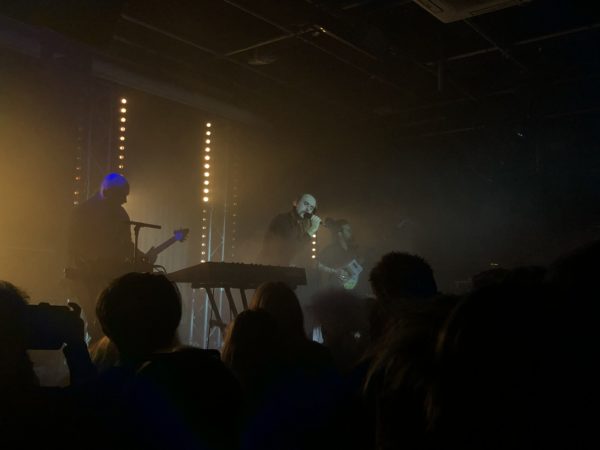