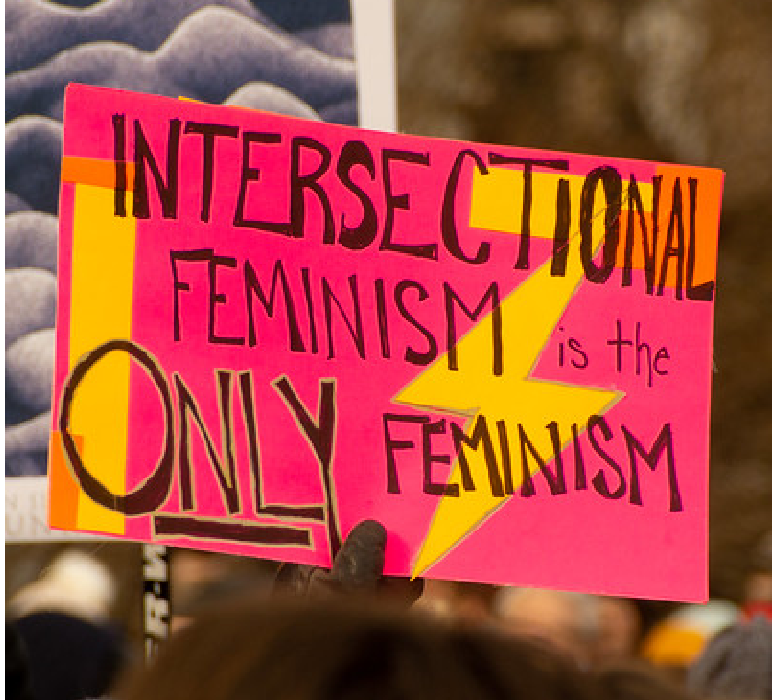 Where do men belong in feminism? Front and centre apparently. In UoM feminist collective’s biggest discussion meeting ever, student panellists Harry Paul, Jiten Dhandha and Syd King were invited to weigh in.

Sitting in a feminist meeting in front of a largely male panel made me uneasy. I was slightly terrified I was about to have feminism mansplained to me – which thankfully I didn’t. The discussion was respectful and included a range of voices, though it was telling how few men decided to attend.

It also seemed an odd time to be discussing such a topic. There are far more pressing feminist issues to be discussed like drink spiking and institutional misogyny. Lately, men really haven’t been drinking their ‘respect women’ juice, yet there we were, centring them.

That said, Deputy Chair Amber Barrow raised some interesting questions about the importance of intersectionality and inclusivity. She began with whether anti-men rhetoric is trans exclusionary.  Syd suggested that slogans like “men are trash” are clearly not an attack on trans men whereas body-shaming insults are never okay. This quickly led to an interesting discussion about the need to create a mixture of inclusionary spaces. Amber was keen to steer the discussion away from ‘actually men can care about women’s rights!’ and ‘the patriarchy harms cis straight white men too!’ – eye roll. When the conversation did veer into unhelpful territory, Amber was quick to pull it back.

The word ‘packaging’ popped up frequently sadly. It seems every inch of our lives really has been infected by capitalism, even feminism! The movement is not a product to be packaged and sold. A few commenters agreed, adding “Packaging plays into the patriarchy’s hands. Women package themselves every day,” and “Other social justice movements wouldn’t have that conversation.”

Why should we? Why should we waste our time and energy convincing misogynists to care about women’s issues? Marketing feminism with “What if it was your daughter/ mother/ sister/wife?” aka your possession. Making feminism palatable to men will achieve nothing. Women must demand to be respected as human beings! That’s literally what feminism is. The fact that we’re having this conversation is just exasperating.

The final question started with “Obviously men can be feminists…”

In response, Harry pointed to a Twitter poll suggesting that 68% of men think men can’t be feminists. Syd explained this by saying that men, non-binary, and trans-men aren’t sure if they were allowed to call themself a feminist. This is due to no longer or not identifying as a woman, making it confusing.

The topic led to questions about what it means to be part of any group: How many books do you have to read? What beliefs must you hold? What experiences of oppression? How much activism must you do? Imposter syndrome is an issue, but so is performative activism and virtue signalling.

By the end of the meeting, an idea arose about creating street group chats, preventing people from walking home alone. At first glance, it’s a great idea. However, it’s also depressing that we still have to worry about something so basic.

One of my favourite quotes from the evening was this: “Feminism is a journey, not a destination.” With that in mind, I am excited to see what the Feminist Collective do next.