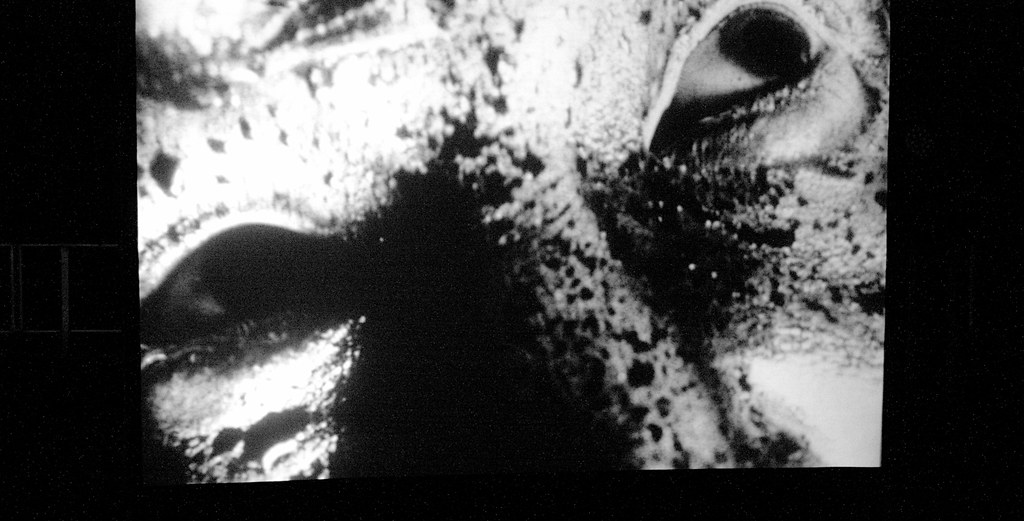 To quote its full name, Tetsuo The Iron Man (1989) is a techno dystopian vision of hell directed by one of Japan’s most original and violent cinematic minds, Shinya Tsukamoto. It is a masterpiece of sci-fi horror like nothing else before (or since) and absolutely essential for anyone who can stomach it.

This was the first film I watched as part of Grimmfest’s ‘J Horror Day’ at Stockport Plaza. Set in a world without order or structure, the film serves little purpose other than to strike horror into the hearts of its audience. It does this with some of the most striking, blood curdling imagery in cinema combined with a horrific industrial soundscape that makes for brilliant listening in its own right.

However, describing the plot of Tetsuo feels all too arbitrary. The value of the film is in simply experiencing its weirdness, the strange visual flair combined with its almost anarchic feel. Furious pacing combined with a tone that, in simple terms, is one of unrelenting terror, grabs audiences by the throat and never lets go.

Every frame, every action is punctuated by a horrific industrial soundscape and some of the most raw, powerful and oppressive music ever put to film. Even moments where the action appears to be letting up serve only to heighten the tension. This film has naturally attracted comparisons from critics to various different genres of music, including some forms of extreme metal. In one sense this is accurate.

However more strikingly, the genre that it reminds me of is harsh noise, where all melody, structure and form is taken over by an unrelenting storm of computer generated distortion. Watching this film has a remarkably similar effect to listening to that kind of music. You get a window into the state of mind of a tortured, reeling protagonist. You are given a very real, intimate sense of his psychological and physical deterioration as he is consumed by machinery.

The imagery in this film is second to none. It has an unflinching eye for intense violence but still manages to present it in a way that is beautiful. The one area that lacks any kind of beauty is its graphic presentation of sexual violence. It presents sex as something horrendously ugly and violent, with moments of intimacy overcome by sounds of metal against metal. This all leads to the most memorable moment in the entire film, which remains even today one of the most disturbing images in horror cinema.

The imagery alone, and the disordered manner in which it is presented, justifies its recognition as one of the best films of all time. It is an expression of a deeply disturbed artistic vision like nothing else before or since. Although undeniably a product of its time, it is no less disturbing today than it was when it was made and is indispensible for any fan of body horror.

A combination of gross-out body horror and cyberpunk cynicism, the film is a delight for fans of the manic and the downright surreal. However, this is not a film to watch passively. Its intensity, aggression and mind boggling pacing all make for an intense but rewardingly exhausting watch.