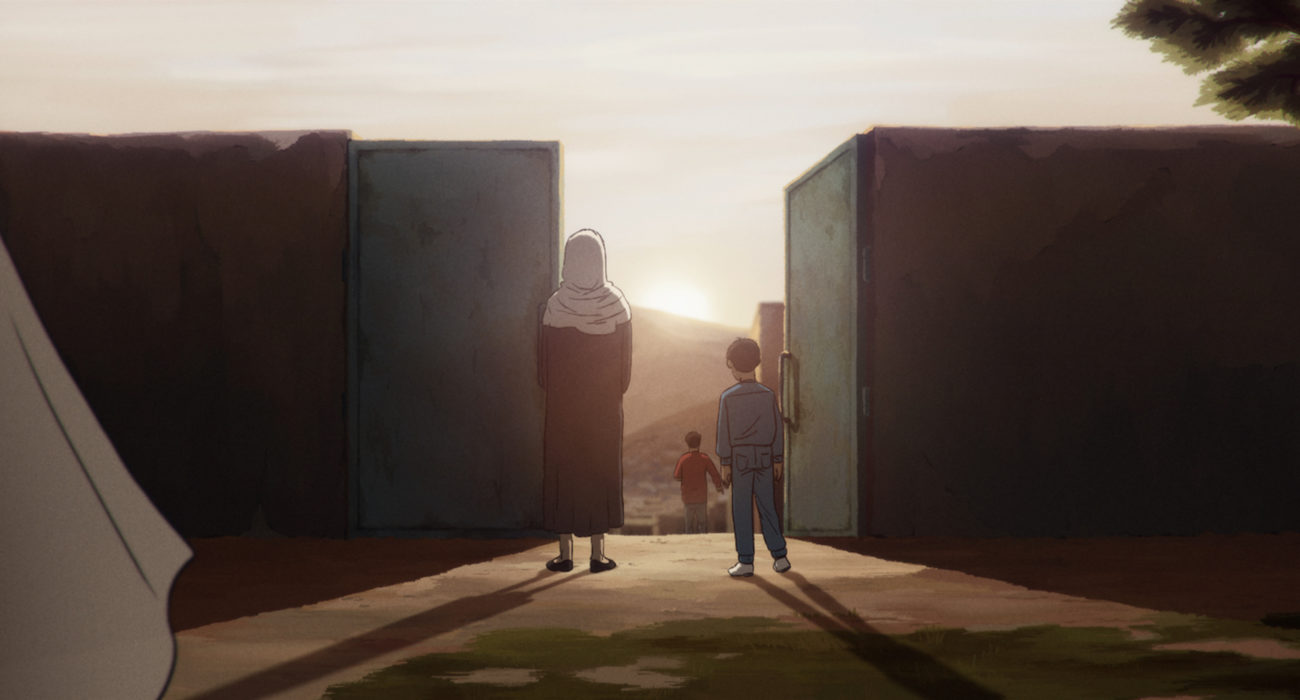 On track to become the first ever film to be simultaneously nominated in the Best Documentary, Best Animated Film and Best International Film categories at the Oscars, Flee was the undisputed highlight of Manchester Animation Festival. Directed by Danish filmmaker Jonas Poher Rasmussen, it tells the story of Amin, a 36-year refugee who fled Afghanistan as a teenager, and is now leading a settled life as an openly gay man in Denmark.

We first see Amin (or rather a 2D rendered image of him) as the man he is now, someone who’s still struggling with his past experiences and traumas, even though he’s been trying to leave them behind for many years. For his whole life he’s been forced to tell a false story of his life, one that the human traffickers told him. “If you don’t tell the right story, they’ll send you back to Afghanistan”, he’s told when after years on the run he’s finally approaching safety. But after two decades of stable life in Denmark, Amin is finally ready to tell his story as it really was, for the first time ever.

Rasmussen asks Amin about the first memory he has. And so we’re taken back to an 80s Kabul, a place entirely different from Afghanistan we know now. Although it’s definitely not a safe place to live in, Amin is having a relatively happy childhood. He’s growing up with his mom and three siblings, and even though he feels different from other children around him – he enjoys wearing his sisters’ clothes, listening to western pop music and doing ‘girly’ things – he feels accepted.

Everything changes when the Mujahideens start taking over the country, and the civil war breaks out. Amin’s older brother is being forced to go to war, and the whole family’s life is in danger. They have to flee, and so they obtain a tourist visa and escape to Russia. From there, a seemingly never-ending struggle to escape to Europe starts. The whole family is stuck in a decrepit Moscow flat, spending whole days watching Mexican soap operas and hoping to one day have enough money to pay the human traffickers to get them safely to Europe.

Amin’s story, although very personal to the documentary’s subject, serves more than auto-therapy. Using animation and cutting it with occasional archival footage of relevant social and political events adds a certain layer of universality to it. The film is fairly straightforward in portraying Amin’s life from his childhood to the seemingly never-ending fight for survival, with his first sexual and romantic realisations carefully and naturally plotted within the story. This straightforwardness makes the film easy to immerse in, both cinematically and emotionally.

As we’re learning about Amin’s harrowing life story, we simultaneously observe his Danish husband, Kasper, looking for a house they can settle down in after their wedding. This heartfelt portrayal of a happy, loving couple contrasted with the terrors of Amin’s adolescence shines a light of hope. It works as a reminder to every refugee and every immigrant, that however much they suffer along the journey, it is possible to end up in a safe, welcoming society.

It is undoubted that Flee could have been made as a conventional documentary. I would argue, however, that as a conventional film Flee would have been nowhere near as powerful as it is as an animated film. The way the director is playing with the film’s form, ranging from down-to-earth realistic animation to almost surreal, black-and-white sequences of fear and terror, makes Flee an art piece transgressing the boundaries of documentary filmmaking.

As a documentary film, Rasmussen’s feature hardly adds anything to many previous efforts on the refugee crisis. The value of Flee lies somewhere else. It might be only one of countless refugee stories, but its humanistic use of animation and juxtaposition of terrifying past and tranquil present elevates it to a cathartic, therapeutic piece of art buzzing as much with life as with traumatic experiences of masses.

Flee screened at Manchester Animation Festival and is scheduled to be released in UK cinemas in February 2022. 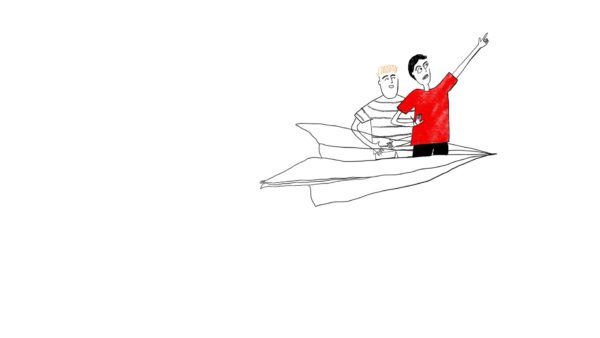