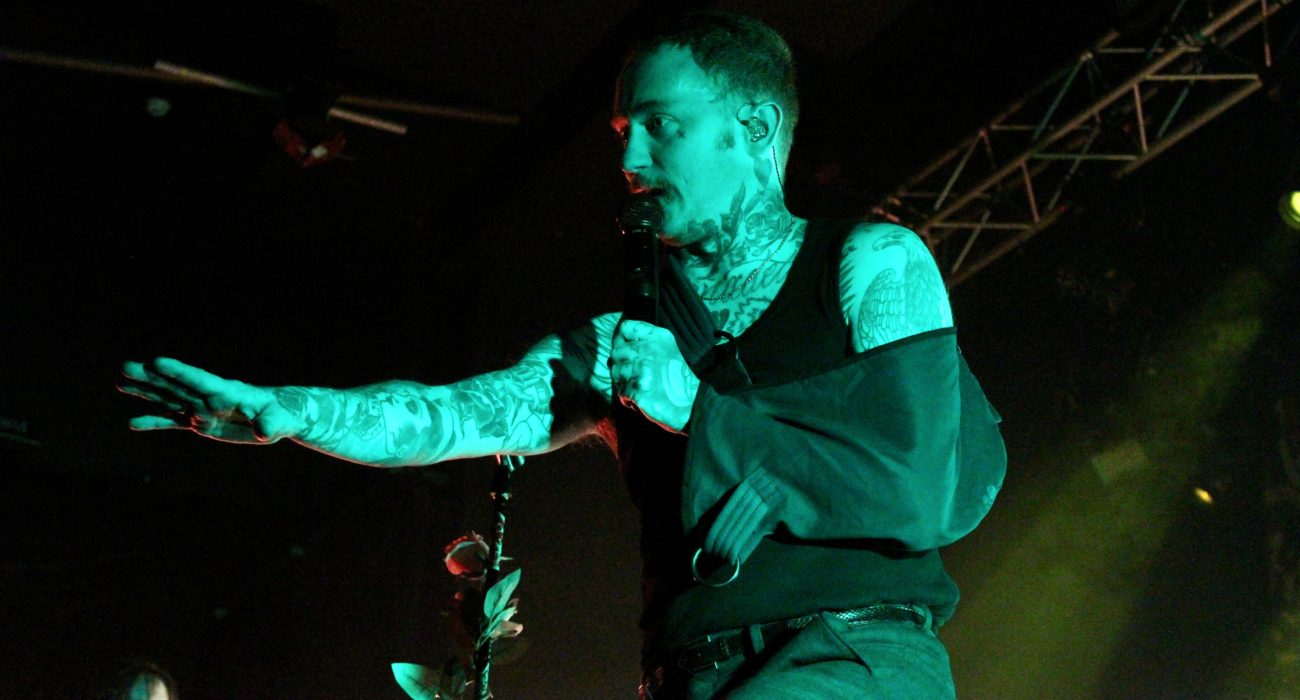 “Where the f*ck have you lot been all tour? Jesus!” Frank Carter exclaimed over a thousand screaming voices. The final night of the Sticky Tour had arrived, and judging by Carter’s reaction – he’d chosen the right city to do it in.

There was no better way to spend a bitterly cold northern night than tucked away on Manchester’s Oxford Road. Fans spilled out into the bar and smoking area on arrival; the air was electrified with anticipation for the evening’s main spectacle. Frank Carter and the Rattlesnakes were in town, ‘My Town’, and every punk-rock lover in the north had gathered in their masses.

Taking to the stage with interspersions of Cassyette and Lynks in tow, Carter and co stormed the stage with unmatchable energy. Despite having his left arm in a sling, Carter still flitted around the stage in his usual frenetic style, only pausing to regularly check on the crowd if things were a bit too rowdy.

Touring in support of their latest full-length offering Sticky, the crowd welcomed the new tracks as if they were from deep within their back catalogue – rarely performed and fan favourites.

Opening the night with the Joe Talbot-featured ‘My Town’, Carter bounded on stage before spitting out rap-style lyrics atop of roaring instrumentation, in a euphoric display of crunching guitar lines and punching percussive beats.

Encouraging a female-identifying-only front half of the crowd, Carter asked all male-identifying fans to step aside in a bid to create a safe environment at his show. Filled with stage-dives a-plenty, Carter didn’t shy away from surfing the crowd and coming in contact with fans, despite his slung arm and Covid fears.

Cassyette joined Carter on stage for an explosive delivery of their joint effort ‘Off With His Head’.

Frank Carter and the Rattlesnakes went on to deliver exceptional performances of tracks old and new, ranging from volatile ‘Bang Bang’ to the heartily introspective ‘Take It To The Brink’ and pleading wiles of ‘Lullaby.’ Ending the initial stage performance with ‘Juggernaut’, the band bade a temporary farewell to the adoring crowd.

Re-emerging for the all-too-expected encore, Carter delivered a stellar performance of fan-favourites ‘Crowbar’ and ‘Original Sin.’ Despite omitting the much-loved fury-fuelled number ‘I Hate You’, the band’s encore was well-received and left fans begging for more.

The take-home message of the night? Next time Frank Carter and his comrades are in town, make sure to grab yourself a ticket.

Off With His Head (with Cassyette)

Go Get a Tattoo (with Lynks)

Take It to the Brink