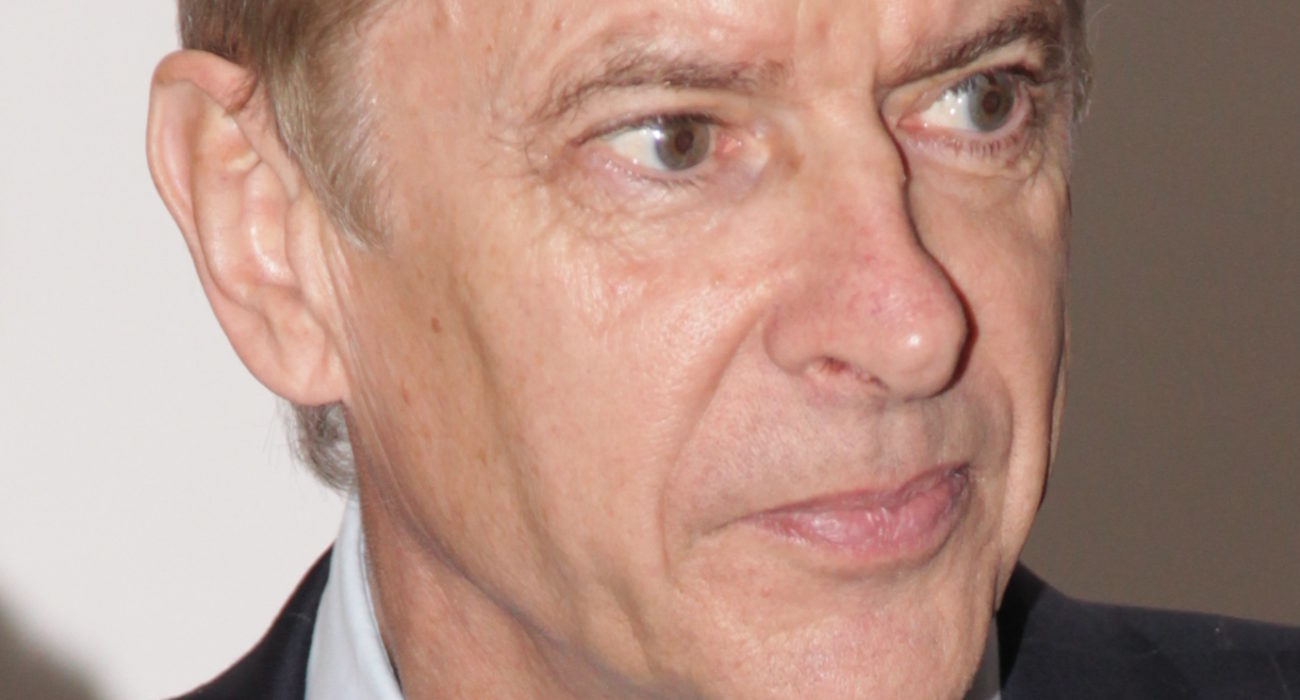 Every time we approach yet another seemingly never-ending international break, most football fans let out a collective sigh of despair. It is another two weeks until they can go back to following their domestic teams, the clubs they are more passionate about supporting. Many fans view international breaks as dull, with pointless fixtures, and a narrative lacking excitement.

Players have started complaining too, citing fixture congestion, and the tiring impact of international travel. Yet, for smaller nations, the international break presents an opportunity to play against the world’s best, and elite players are still honoured to represent their countries. The international break is not wholly unwelcome but with the added negative impact of travel that Covid adds, as well as the detrimental effects frequent flying has on the environment, a rethink of the international calendar is being considered.

An overcrowded playing schedule can have hugely damaging physical consequences on players. Modern day footballers compete and train so frequently that even a small number of extra games could seriously harm their fitness and wellbeing.

Belgian Goalkeeper Thibaut Courtois responded passionately to having to play in the recent Nations League 3rd place play-off. He argued that “nobody cares about the players”, and that they are treated like “robots”. He also complained that the result of the fixture had minimal importance to players or fans, and that “It’s just a money game, and we have to be honest about it.”

Courtois is correct in his assertion. No one could truly claim there to be any footballing or emotional passion surrounding the Nations League 3rd place play-off. However, UEFA push for it as they can show it on TV and gain extra revenue. On top of limited interest, it adds to an already packed schedule for the players. Courtois further mentioned his dissatisfaction with the hectic calendar, with this game adding to it. He describes how footballers are overworked and only have 2 weeks full holiday a year. They have to play the whole season till June, and then still take part in the Nations League if they qualify.

The number of potential international fixtures is a crucial factor in players being overexerted. A perfect example is the game time of Pedri during the 2020-21 season. He played a remarkable 75 games over the course of the season, including reaching the semi-final of the Euros and finals of the Olympics. He even played the first two games of the 2021-22 season before being given holiday. This level of exercise could damage his muscles and hinder his development.

Pedri played 5273 minutes last season in all competitions. Compared to other intense team sports the numbers are startling. The most minutes played in the NBA last season was 2667 by Julius Randle. There is clearly an acceptance from governing authorities that footballers are playing too many games, evidenced by the permanent introduction of nine substitutes being named on the bench, and five substitutes being allowed to be made till December 2022 at least.

The number of mismatched contests between teams where the result is essentially a formality is another criticism of the international break. It bores fans and doesn’t seem to serve a competitive purpose. England frequently draws San Marino in World Cup or European qualifiers. San Marino are the lowest-ranked international team in the world, positioned 210th. England’s most recent result was a 10-0 win against the minnows, and in eight meetings with them, England have only conceded once, scoring 52 times. This is not just confined to the men’s sport, with England women recently beating Latvia 20-0 in a World Cup qualifier.

It begs the question of what aim is being achieved in these fixtures. Until recent success in the 2020 Euros and the 2018 World Cup, England men would cruise into international tournaments, having played only straightforward games in easy qualification groups. It did not stand them in good stead, often bowing out of tournaments acrimoniously. A higher standard of competition in the qualification games during the international break would be welcome.

International competition also has a harmful impact outside of sport. The carbon footprint created by constant international flights is hugely damaging to the environment. Footballers representing their countries will travel all over the world incredibly frequently. In recent weeks, the West Ham ownership have splashed out £100,000 on providing Michail Antonio a private jet back from his international duty in Jamaica. As environmental journalist George Monbiot writes, “It is hard to think of a better formula than a global sporting event for causing maximum environmental damage”.

There are also difficulties surrounding international matches with the ongoing COVID-19 pandemic. With international travel across the world still hampered, and fifth waves hitting Europe, it does not make sense for international sport to fully resume as normal. Isolation is still required in most countries and is another logistical problem.

Despite the negative aspects of the international break, there are a host of positive elements. For smaller nations it produces financial incentives and an amazing opportunity to play in front of enormous crowds in big stadiums. Competing internationally is a hugely proud moment for players and their family. These fixtures can also provide players with international exposure and an opportunity to prove themselves. Dele Alli gained plaudits and cemented himself as an England player after arguably his best performance in an England shirt in a 3-2 friendly win against Germany in Berlin.

Outside of Europe, the international break is viewed with even more importance. There are rivalries and important matches that take place. For example, the US and Mexico, as the two major powers of CONCACAF, maintain strong competition when they face each other. Games such as these would be missed if fewer international breaks occurred.

Additionally, the international break does still serve a purpose. International managers can work on tactics with their players, and those remaining at their clubs can receive more tailored coaching in smaller groups. The qualification process is not as simple as some make it out to be. Whilst England generally don’t struggle, they did not qualify for the Euros in 2008. Other giants such as the Netherlands missed out on the Euros in 2016 and then the World Cup in 2018. Portugal and Italy are both in the play-offs for World Cup 2022 positions, with no certainty of qualification.

Fixtures are proving increasingly competitive, with the Nations League introduced for this exact purpose. It places similarly ranked teams in groups with each other and allows smaller teams a chance of victory, and higher teams a more competitive field. Many fixtures taking place during the international break aren’t meaningless, especially not for the players. Gareth Bale, one of the world’s best players over the last decade, is well known to prefer playing for Wales than at club level with Real Madrid. His motivation towards Wales was so strong he has considered the unorthodox step of retiring from club football, but still competing for his country.

As a result of the complaints surrounding the international break from all parties in football there has been consideration of a new footballing calendar, pioneered by Arsene Wenger. In consultation with FIFA, working as the Head of Global Development, he has suggested holding biennial World Cups, with a reduced number of international breaks during the season.

The breaks would be rarer but longer, featuring more games in one period. He argues it would tackle “chaos” and “congestion” and adds that: “What is absolutely detrimental to the players is repeated travelling and jet-lag. With reducing the qualifying period, I believe that the clubs will benefit, the players would benefit.”

This plan would provide structural change that would reduce the number of matches and travel, whilst delivering more meaningful games. This would be beneficial to players in allowing them more rest and improving the balance of time they spend at their clubs. Currently, players are supposed to spend 80% of their time with their clubs and 20% on international duty, but this is not always respected. Wenger’s idea would also reduce travelling which is good from an environmental perspective.

Wenger is an all-time great, he revolutionized the Premier League and the modern player with new ideas around fitness and diets. However, his proposition has been met with mixed reviews. The European Club Association responded to the idea of biennial world cups as having a “direct and destructive impact on the club game, both domestically and internationally.” In addition, the proposals would put players’ health and wellbeing at risk. They would dilute the value and meaning of club and country competitions.” “They would diminish and conflict with women’s and youth football.” Despite the ECA’s dislike of the plan, there have been more positive responses to suggestions for a new footballing calendar. But still, a YouGov showed that the most popular opinion of fans would be keeping the World Cup in its current four-year cycle.

The fact that most fans are in favour of maintaining the status quo shows that despite its flaws, the current footballing calendar functions smoothly enough. There are non-competitive matches that take place, but these are unavoidable. It would not make sense for all the top teams to play each other in qualifying and in every international break; this would defeat the purpose of international tournaments.

Wenger’s idea has players’ interests at heart, but it is too radical to gain massive support, and more breaks for international footballers is still needed. A reasonable compromise to international football would be smaller changes such as the Nations League, and more reform of this kind should be encouraged. The international break has room for improvement but is certainly not pointless.