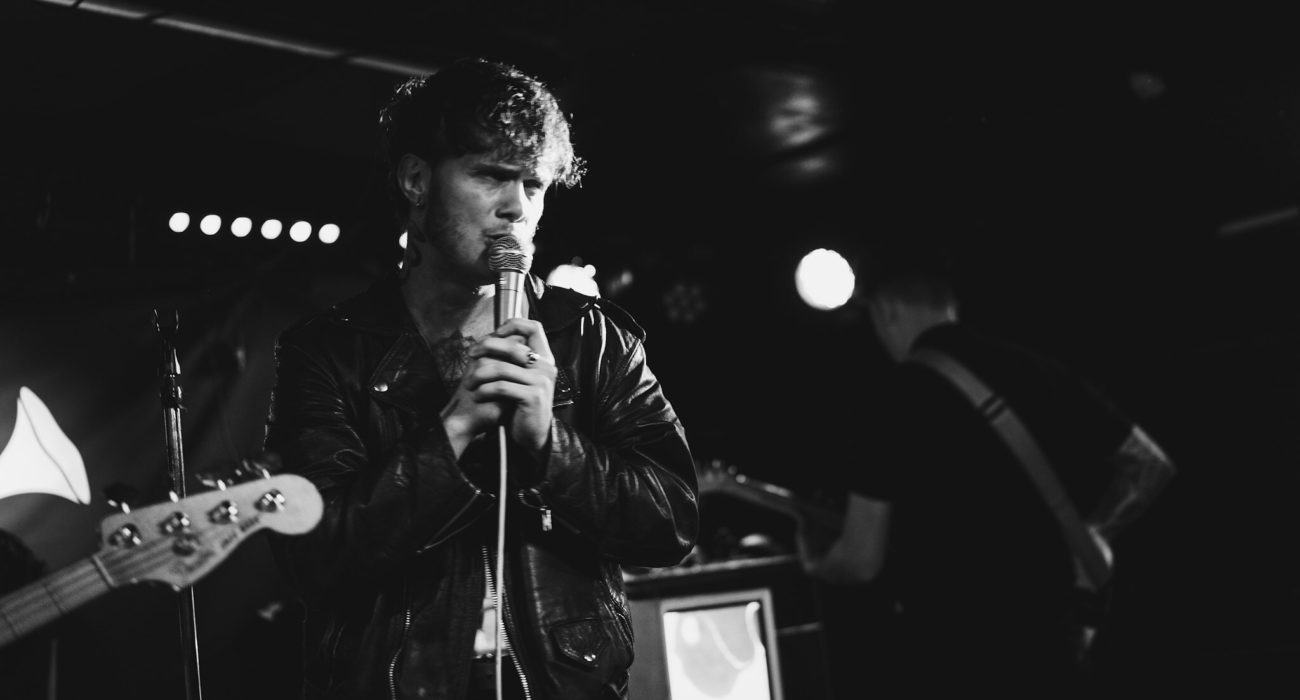 A band that cannot be described in mere paragraphs (I will write a full review soon); regardless, they are unlike others in both their directions and musical awe. A band who were (and to a degree still are) anonymous until this masterpiece of an album. The Armed.

With their 4th full-length release, ULTRAPOP, their true from is now taking an even more magical, visceral shape. This collective of well over 20 musicians came together to release this sensory tsunami upon us. From the title opening track, you are immediately dropped into this glitching, enthralling world like the boot up of an iconic video game, then dropped into a fury of pummelling drums, melody, drone, chaos and impossible love.

The main song for this humble listener, the best song I’ve heard in a long time: ’AN ITERATION’. A song that, from the first 5 seconds, sounds like an ascending choir of noise flowing into your brain and upwards. Then, it drops a jumping drum part, before falling back into a smooth, fast verse that will instantly capture any indie eardrum. The entire song, short as it is, then rises back into a chorus describing our narrator falling into this world and realising it is all a fantasy, a photocopy… an iteration.

Many fans of The Armed, who love them like a cult, will now always be commenting with the word ‘REFRACT’. This band knows how to play into the twisted, childlike curiosity that will enthral you. Love it or hate it, I promise this will be a record worth listening to.

Another one for fans of all things dense yet ethereal. Sugar Horse are from a relatively new Bristol-based scene, who dropped their debut DRUGS a short time ago. However, since signing to Small Pond Records, they have even further improved what was previously seen as an already masterfully packed record.

Opening with a chorus of feedback and shattering cymbals, we have the alleluia choir ending in a masterful line for anyone experiencing that moment when joy leaves you in the throes of university ups and downs.

Then, entering a song of each instrument slowly coming in for ‘Shouting Judas at Bob Dylan’: a song with a funny title, but one still demanding a belting hark into the throat. If Sugar Horse is known for two really awesome things, these are: A. going from breaking-bass-strings-sludge to choir harp timbre in one bar, and B. singer Ash’s brutal scream—one in the top tier class in the UK.

This record has a big hold on my soul for both its sonic mastery and for each song’s perfect ending. Both are found in particular in ‘Fat Dracula’, a song screamed into the soul when going unrecognised for even the most menial tasks of self-improvement. The record ends in the choir of lyrics heard at the beginning, letting the off-time feedback of the instruments eventually end with it all crushing down upon you, only to be taken away for 40 seconds of silence… “Nothing good will ever last”.

They are a band for whom grit, art, and honesty come in spades. This earned them a loyal fanbase and a massive UK and EU tour around the release of their 3rd, highly anticipated album. John Newton and Johnny Healey are the masterful duo known as JOHN (TIMESTWO). This humble writer’s first ever music article was written about these lovely chaps playing The Castle Hotel on the day of their sophomore release. Since then, these grafting lads have been on a mass upswing ever since, seldom stopping even amidst COVID.

Now with crafty marketing, including lino prints, we have the third album, opening with a song reminiscent to the ‘Bagpuss’ opening. Then, we have the tell-tale power strumming combined with perfectly mixed sound (courtesy of Wayne, of BearBitesHorse Studios). This is before Newton’s signature rough emotive words describing a typical thunderous rural area, with such ferocity you can feel it in the forefront of your mind.

Not letting the tone drop, track after track, JOHN (TIMESTWO) always deliver the precise blend of cunning and cut-throat. This makes for a perfect soundtrack for a year about getting back to day jobs, retreating from lecture halls or just plotting your idle-minded revenge.

The album ends with a nice, long, and drawn-out sonic momentum; an ode to the artists and so called non-essential workers. We have ‘Our Hymn’: off-kilter, but still anxious enough to make you tense and relaxed at the same time. Well done boys. Well Done.

A nice little curveball for you, the reader. A lot of the time, we get drip-fed one single at a time when dealing with upcoming bands mixing punkish rage with electronic angular frustration. This was often the case with Blackpool-based project Strange Bones. However, the time now is nigh. We finally get a self-recorded, self-mixed, pure DIY 12-song symphony. This should be blasted in clubs and flat parties at speaker ripping volume.

Immediately, you get Bobbie’s seethed out melody before the robotic sound of ‘Jungle’ pulls us into a glitchy world that will bat us around by the eardrums and make us want to neon up and dance like the true freaks of love we are inside. These boys are true absorbers of sound, taking cues from many different walks of life, but knowing what makes a good album. The title track ups the ante to WTF levels, making crowds jump with both joy and anger.

Smattering with collaborations ranging from Bob Vylan to Death Tour, we have just the album that could be described as the sound of Five Nights at Freddie’s, meeting a poltergeist in an underground rave club whilst sweaty men dressed as Beetlejuice scream in your face.

This is one that that fills the dark recesses of the mind with colour. A blinding visceral one that sears your soul, dancing and wailing. It was a long time coming, but we are glad it is here… “It’s enough to set my world on fire”.

The final spot—a hard earned one, as there are many worthy candidates, newcomers, returners, unexpected guests or just party favourites—goes to the sophomore efforts of two goofy men full of beans and chops.

Their debut on Alcopop Records, I present Mikey and Chris, otherwise known as Frauds. A band that wears many hats, but combines sing-along with an almost Ferris wheel-like melody, riddled with their unique brand of madness. We have an album by a two-piece full of songs perfect for any student’s diet of delightful grove, opening with a nice sequence of slow building tongue in cheek tension not unlike what you’d see in the soundtrack in an Edgar Wright production.

That kind of mentality just infests this entire listening experience; even with marching, stop starting fury, as seen in ‘Put Em Up’, that best describes my feelings walking to morning lectures: when you have that foul mood after trying to be polite to your fellow man, and it is just not reciprocated. That feeling even with songs that seems to describe exactly what you hear from your flatmates on woke life, or what you’ll see on trendy posts or coffee cups (in pastel backgrounds) sharing your positive vibes a la Copenhagen.

There are even some slower songs filled with nice little waves of noise to float upon, e.g., ‘Your Eyes’. It is also riddled with thumping tracks filled with the sound one wants to just strut down Oxford Road to, this is a lovely collection of little stories that rounds out the kind of comical joy that Frauds provide. And, in this humble writer’s opinion, it is one we could all use. A good job as always, you lovely lads… we fish all the fishes.

Well, that wraps up my countdown of a truly odd year: socially, politically, environmentally… generally. I hope this moment of musical levity as a resident of underground of music (with 4/5 of these bands being UK-based, so catch them on tour sharpish) has given you a little smile and a curiosity to explore and not just keep listening to the same records over and over. Not that there’s anything wrong with that- just to keep some variety.