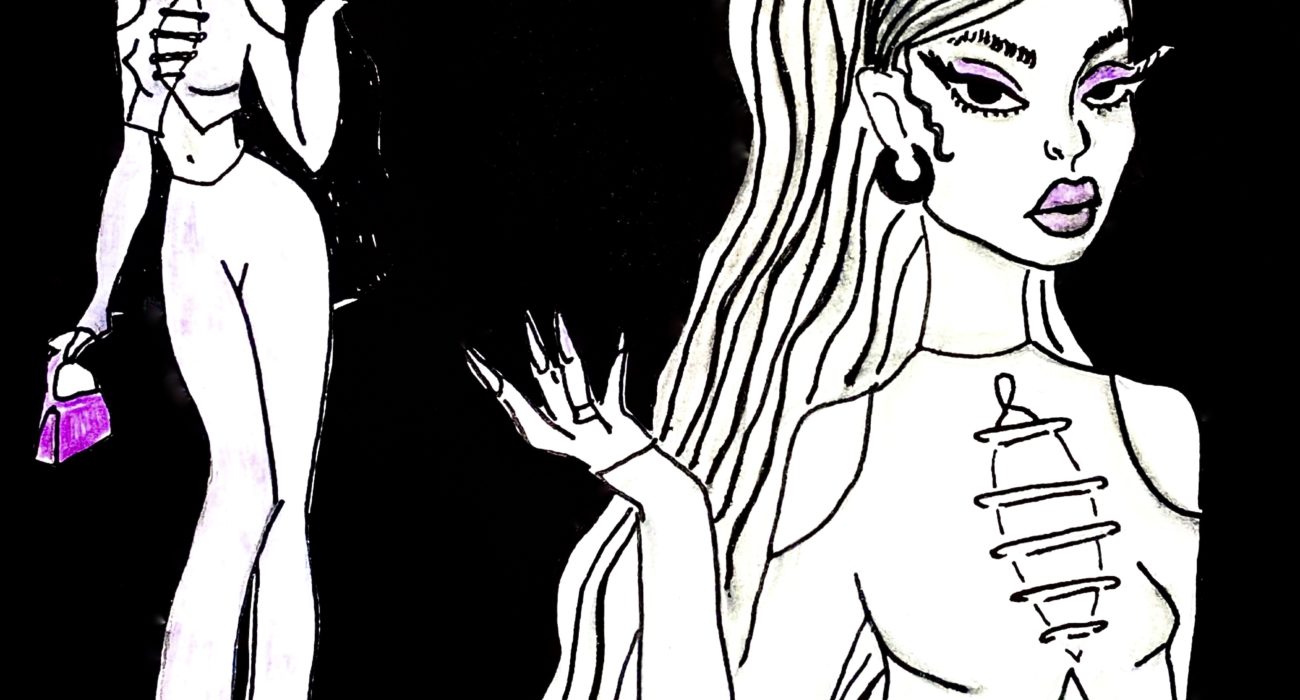 Euphoria is back for season two and setting new trends

Euphoria is no longer just a teen drama series, but a whole aesthetic. Countless costumes, makeup looks and soundtrack pieces have lifted the series to a new, previously unseen level of cinematography, for a teen show. Accompanied by Labrinth’s ‘Forever’, audiences around the globe have became mesmerised by the world of Euphoria.

Since the first episode of Euphoria, which aired in 2019, the costumes have been ahead of the trends. The mixture of Y2K and 90s style has clearly influenced Gen Z’s present day dress sense. Nowadays, no one is surprised to see people wearing cut-out dresses and low-waisted trousers, but back in the Tumblr era of the 2010s it was considered a crime.

The costumes in Euphoria don’t revolve around one specific aesthetic, but connect a complex, diverse vision. It’s hard to throw Maddie and Rue’s New Year’s Eve outfits into one sack and call it a ‘Euphoria‘ aesthetic – it’s too vague. One represents a glam high school it-girl, the other a more androgynous individual. But one thing you can be sure of is that the show’s young adult audience connect the two under the label of ‘modern dress’. The fashion trends of 2021/2022 have so many points of reference, a diversity which is reflected in the costumes of Euphoria, styles such as Skater (Rue), Y2K (Maddy), anime punk (Jules), twee (Lexi), etc. are all featured in the show. 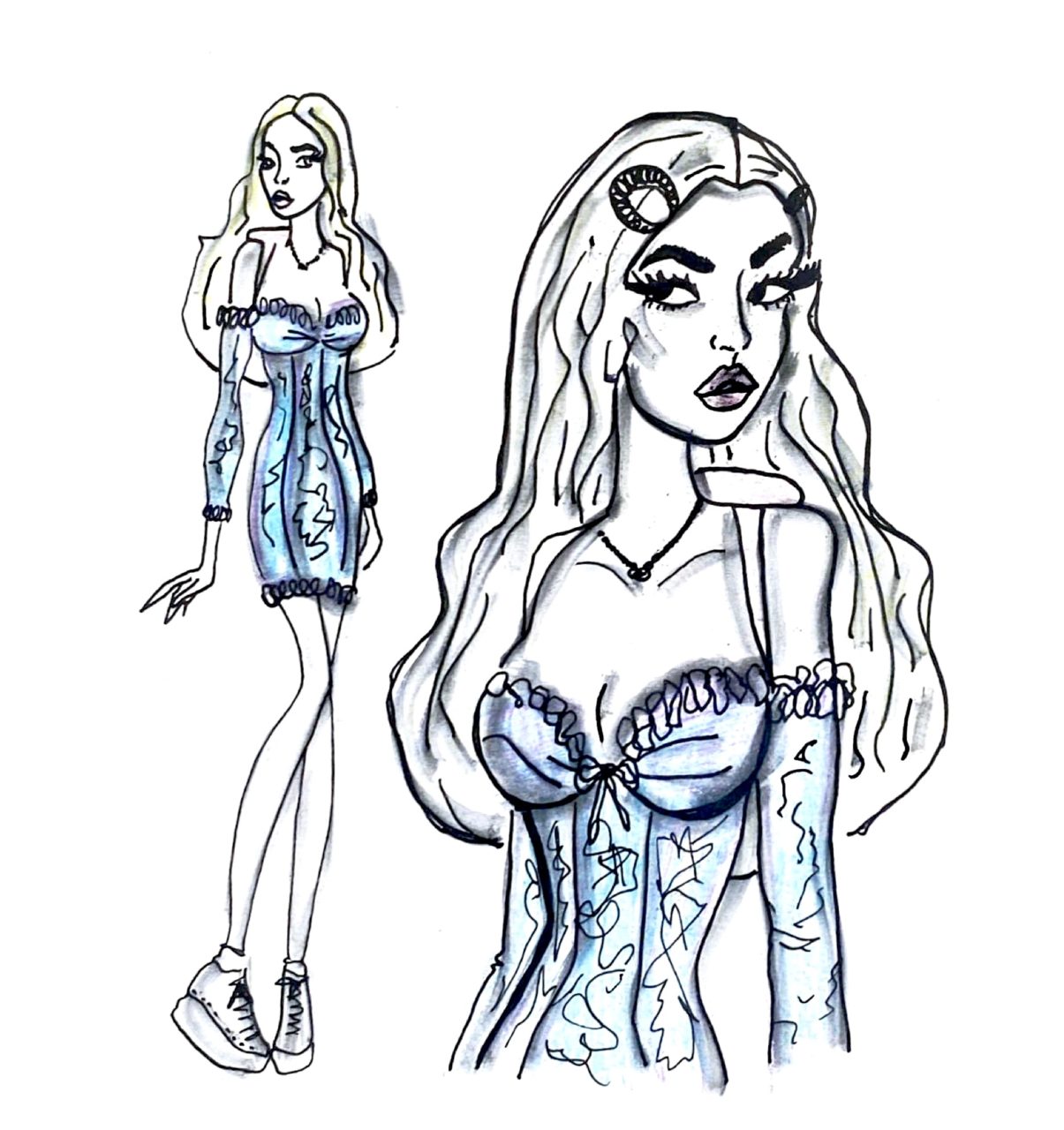 Illustration of Cassie by Letycja Oczkowicz, inspired by Hayden Williams

The outfits in Euphoria are carefully considered, each character’s identity is expressed through choices from the wardrobe team. Heidi Bivens explains the thought process behind each character’s costumes, showing their development through their attire.

Rue’s outfits lack bright colours, she chooses dark, toned-down pieces that capture the dark side of drug addiction. In this new season, Maddy goes through a personal development, which is mirrored by the way she dresses. In both seasons she is confident with her outfit choices, but in season two her style becomes more mature with darker, more sophisticated tones. Cassie, whose storyline makes her the biggest disappointment of the season (at least according to Twitter) is struggling to define who she really is, which is reflected in her clothing choices. She spends hours every day getting ready, only to end up looking like a low-budget, distressed Maddy Perez. 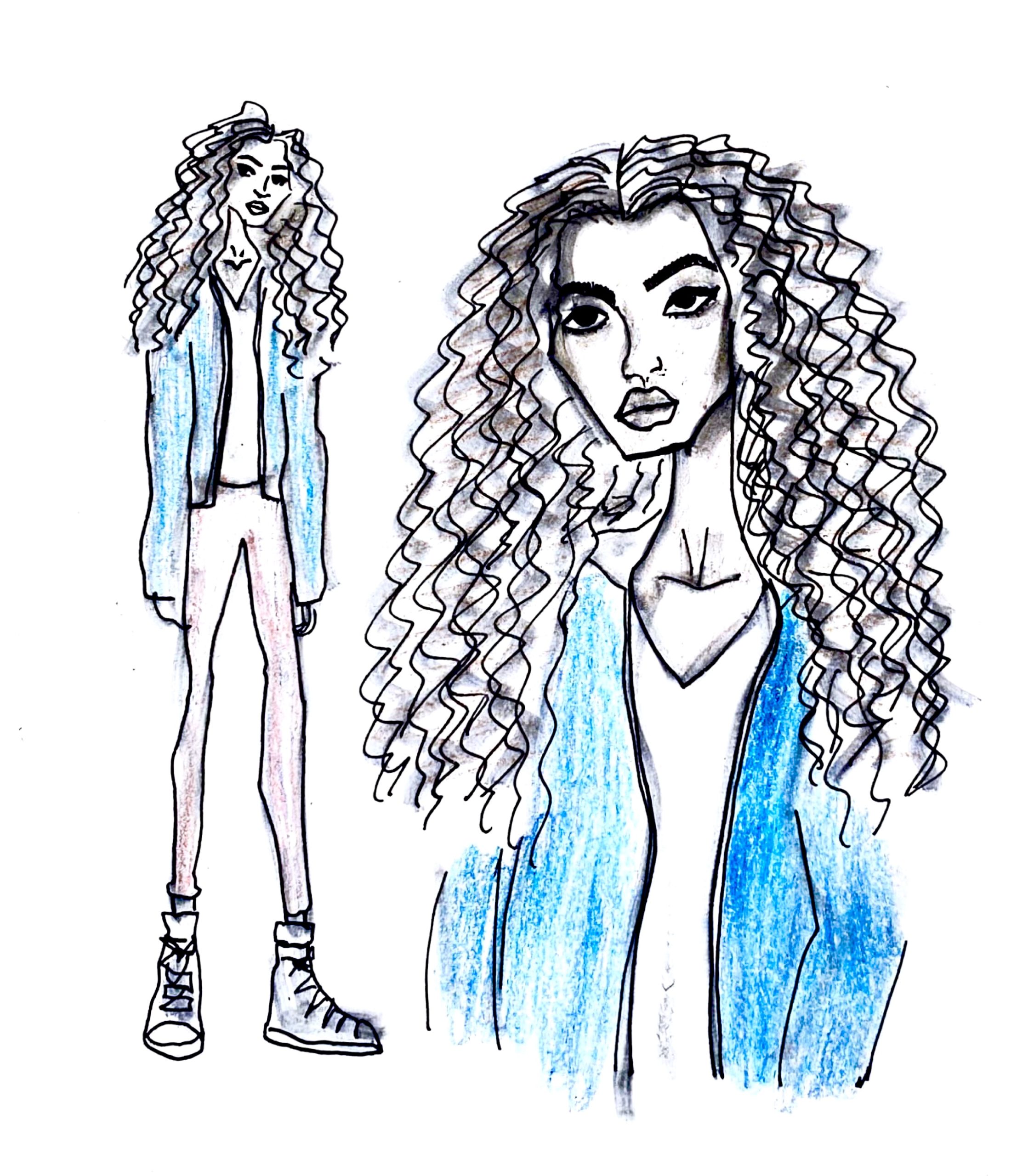 Illustration of Rue by Letycja Oczkowicz, inspired by Hayden Williams

In the third episode of season two, Cassie comes to school wearing a turquoise two-piece, which was custom-made for the show. Her outfit turns out to be highly inspired by Maddy, who wears an almost identical lilac set and is shocked to see their resemblance. This twin-like transformation is the big finale in Cassie’s desperate attempt to replicate Maddy, and one of the most talked about fashion moments in the season so far.

The popular ‘Euphoria High’ TikTok trend, in which creators switch their ‘ordinary’ school outfits to bold cut-out ensembles sprinkled with rhinestones, went viral after the release of the second season. Fans of the show offer their own interpretations of the ‘Euphoria’ aesthetic, set to the sound of a SpongeBob soundbite exclaiming ‘and WHY aren’t you in uniform?’ followed by the creator walking onto screen in a different outfit. In most of these videos, they opt for a cut-out dress and accessorise with a small bag (perfect for school! Just like Maddy’s tiny purple bag…) and slicked-back hair. 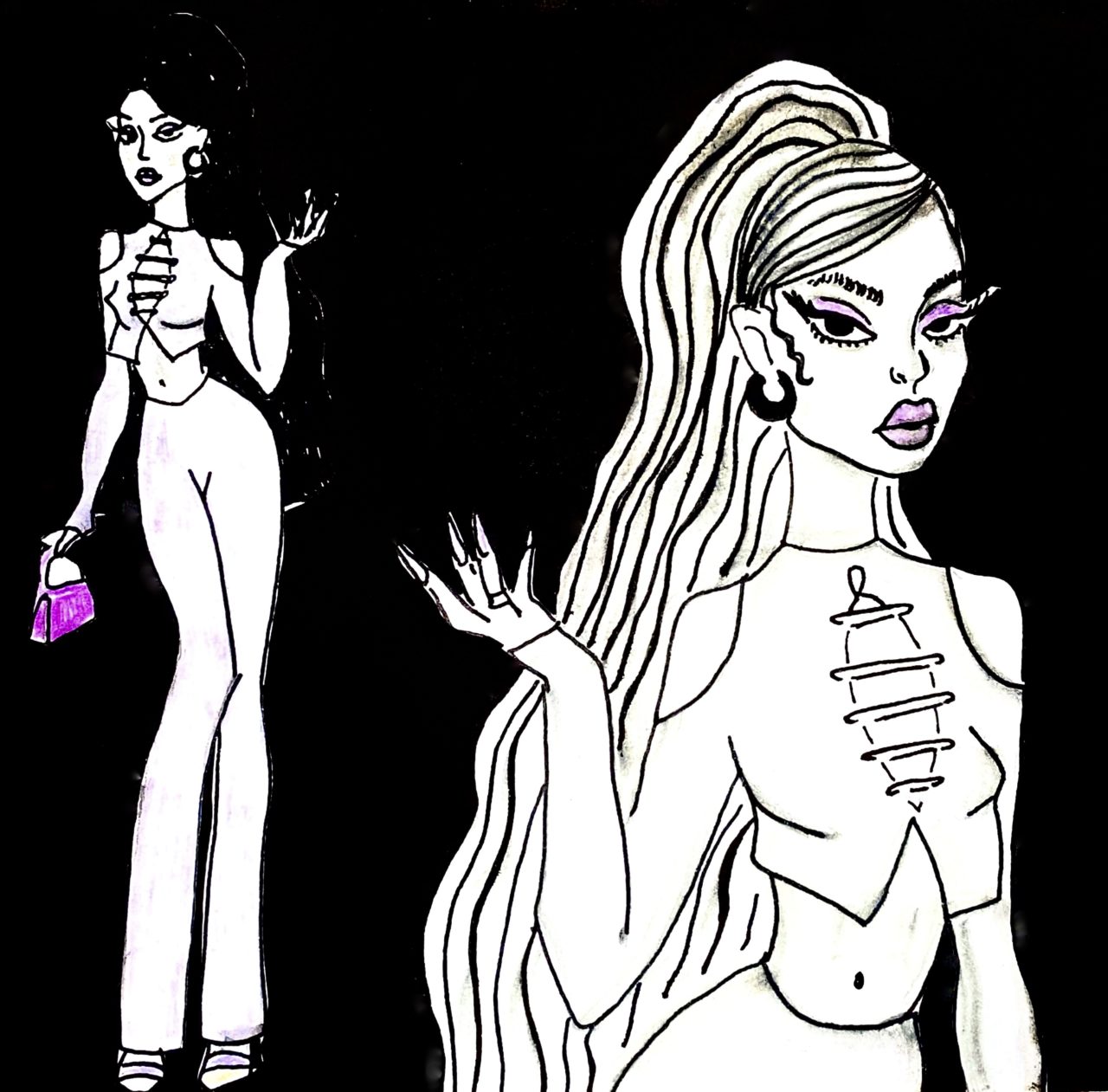 Illustration of Maddy by Letycja Oczkowicz, inspired by Hayden Williams

There are plenty of dupes available for the often expensive items featured on the show, such as Maddy’s New Year’s Eve dress and sleeves. Both of these pieces, a black cut-out dress and black sleeves are easy to find online. Another item which has seen a surge in popularity due to the glamorous character Maddy is the humble zigzag headband. A 90s classic which is usually associated with fuss free hairstyles has been revived in a totally Maddy way, for an enchanting night out look.

The aesthetic of Euphoria has been one of the most influential and trend-setting in recent years. The power of TV in 2022 cannot be underestimated. Previously, its hold on a young adult audience seemed to be waning in favour of streaming services like Netflix who usually upload shows in one fell swoop, perfect for bingeing. But the week by week release of Euphoria has had Twitter ablaze every Sunday, fans have been deep diving into the characters storylines, the makeup looks and costume design. The obsession with Euphoria and its makeup and costuming is more alive than ever, it seems like everyone is deciding whether they’re a Maddy, Cassie, Rue, Kat or Jules and searching for the right pieces to emulate their favourite character.