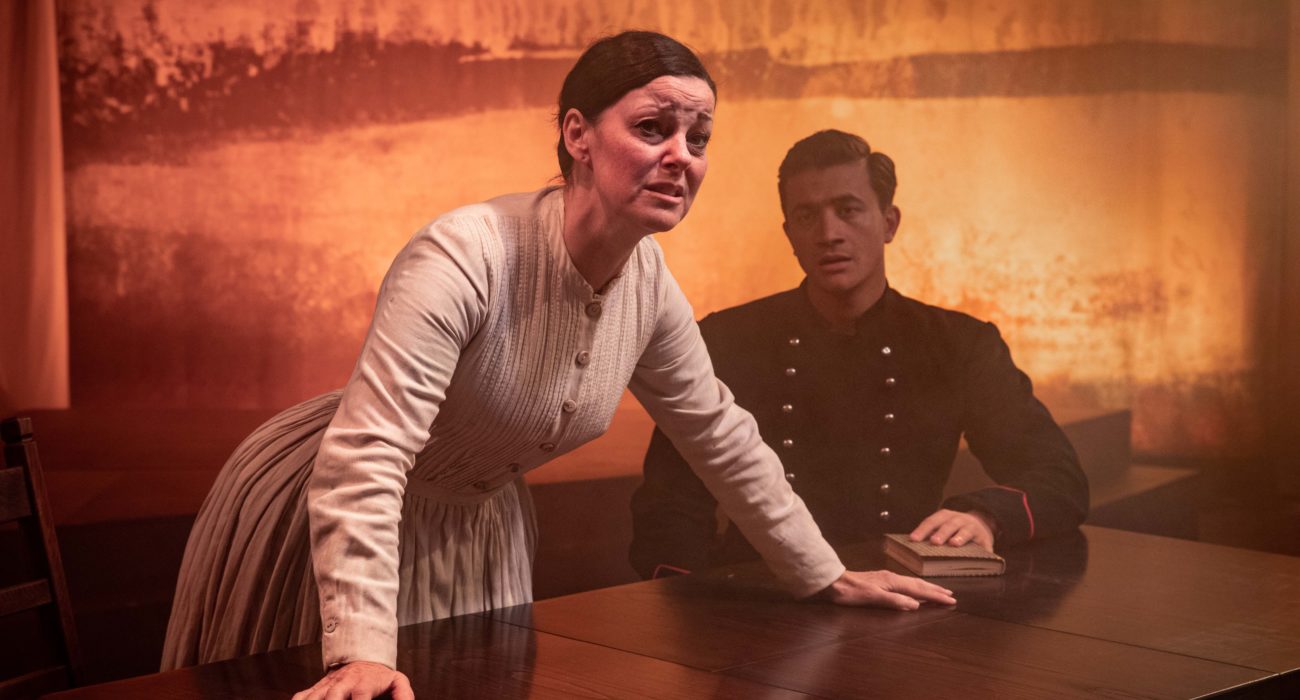 Passion is one of the lesser-known musicals of the late, great Steven Sondheim. As one audience member remarked while everyone was finding their seats: “This is a once in a lifetime opportunity. They just never do Passion!”

The Hope Mill Theatre is a small theatre that is tucked away behind the Northern Quarter. Despite the small capacity, the theatre boasted a wide range of posters showing upcoming productions with several impressive names attached. The petite nature of the theatre also allowed for an intimacy between audience members and actors, something that lends itself well to a musical about love and… passion.

While the audience found where they were supposed to be seated and made themselves comfortable in preparation for the two hour show (with the addition of a short interval), three actors were already on stage: Kelly Price and Dean John-Wilson, who play Clara and Giorgi, respectively, were shrouded in sheer  linen curtains, sharing moments of ‘passion’ and love behind a false pretence of privacy.

Behind them, Ruthie Henshall took profound steps, no more than six at a time, back and forth across the the stage. Henshall has an impressive history with the West End (Olivier winner and 5 x nominee) and has more recently appeared on I’m A Celebrity…Get Me Out of Here! She is the star of the show, and for good reason; her performance is immaculate. Every step she took was weighted in emotion, and she showcased her talent before the theatre had even quietened down.

The strength of the show was in the moments it leaned into the playful and humorous aspects of being so dramatically in love. As the name suggests, Passion is a love story, so at times where it could have been a cheesy or stilted, director Michael Strassen decided to lean more into the light-hearted route, which worked wonderfully.

Ultimately, this musical is a tale of a woman’s depression. Henshall stated in an interview that her character, Fosca, was unlikeable, but I have to disagree. Although her character’s early obsession with Giorgio seems unsubstantiated, unwarranted and unwelcome by him, this doesn’t make her unlikeable. She is likeable, not despite of all this, but because of it. These characteristics are understandable and drastically human. Not to mention that Ruthie Henshall’s powerhouse performance within the intimacy of the theatre allowed for the intricacies of her character’s emotions to come across beautifully. This only further gave the audience the opportunity to understand Fosca.

Giorgio’s ‘naive’ nature, as Fosca called it, towards her character’s depression makes him rather unlikable as a character. At times, Giorgio’s scenes of substantial emotion are clouded (sometimes literally) by dry smoke or enshrouded by darkness. This could very well be Strassen’s intention, since the lighting favours Fosca’s face over Giorgio’s – f urther providing reason for the audience to gravitate more emotionally towards the character of Fosca.

Kelly Price (Clara) was another standout performance. Her vocals were strong, and she held emotional depth with extreme gravitas. At times, some of the action that was happening on stage could not be seen by the majority of the audience since it was downstage and the actors were low on the ground. But these moments weren’t much of a sacrifice to miss, especially since the
music still comes through above all else.

This musical is not shown often, so whilst it is available in Manchester, it shouldn’t be missed. The songs are performed beautifully and Henshall’s depiction of the complexities and misunderstandings of depression are delicate and elegant. 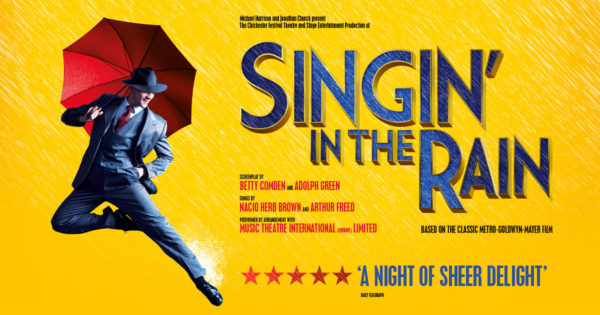