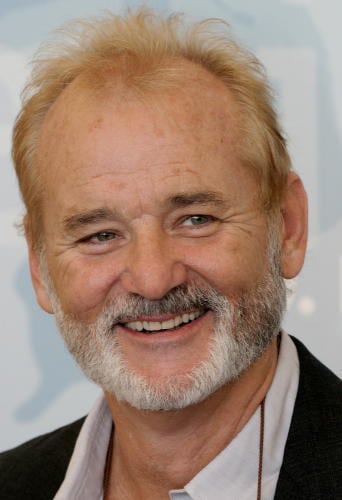 Bill Murray is 60. How are you going to celebrate? On Tuesday night I advise all you first years to stay in with your flatmates and watch Lost in Translation– that’s what I’m going to do. Don’t, whatever you do, drink half a bottle of Sainsbury’s Basics vodka and end up at some club dressed as Steve Zissou, that’s a bad idea. It would be frankly inappropriate, too, to try and recreate ‘The Murricane’, the cocktail named in Bill Murray’s honour, containing bourbon, basil, elderflower, watermelon and pepper. That would be a stupid and quite frankly, expensive way to start the evening.
I mean yes, you may have just had a huge loan wired straight into your bank account, but you have to save that money. Just because Sainsbury’s do their own brand of bourbon whiskey doesn’t mean that you have to buy it. Don’t even think about creating your own Murray-based cocktail either, something crass like ‘The Ghostbuster’. I mean, does it really sound like a good idea to mix Vodka and Sambuca, and then put it in a water pistol and go find a flat party?
Also, it would be unseemly to take advantage of the many drinking games Mr. Murray’s birthday could generate. Groundhog Day, for example, was a fine piece of cinema – it doesn’t mean that you have to shout it every time someone repeats themselves (nor does it mean that they have to then take a shot).
It is said that Bill Murray likes to sneak up behind strangers in New York, whisper, “Guess who?” and, when they turn around, tell them: “I’m Bill Murray. No one will ever believe you.” This would not be funny in a club, in Sainsbury’s or on campus, nor is it a good way to meet strangers.
So, I’ll ask you again. How are you going to celebrate?