Protesters have peacefully inhabited Roscoe Theatre B since the protests in Manchester on Wednesday 24 November. The number of occupying students had remained quite small, until protests last week increased the number inhabiting the lecture hall to around 80.

The group voted to extend their stay “indefinitely,” until their demands are met.

Noam Chomsky, renowned political activist, linguist and Massachusetts Institute of Technology (MIT) professor, sent a message of support to the protesting students. The message read: “Pleased to learn about what you are doing.  The savage cuts, hardly concealed class warfare, are likely to harm England for a long time to come.

“By coincidence, they were announced when I was giving talks in Mexico’s national University, UNAM, which presents a dramatic contrast – in a poor country, not one of the richest ones.  Ten years ago the government proposed tuition.  There was a student strike that was so successful that the government backed down, and tuition remains free in a university with quite impressive standards, and hundreds of thousands of students.  There surely are alternatives.

“Best of luck in your important efforts,” said Chomsky.

The University has not altered its standard procedure of locking the building and reducing the heating during evenings and weekends, despite the presence of the occupation. This essentially cuts off access to the protest outside of University hours. The University of Manchester is the only university that is not allowing open access to occupied buildings.

Occupying students have been demanding 24-hour access to the building. At 6pm, security staff lock the Roscoe building and further entry is prohibited.

A student who is occupying the Roscoe building said: “The University has consistently denied us access to the building out of hours, which is a condition of any occupation that university management committees usually agree to. We remain the only University in the country not to have been granted this access.”

On the second day of national protests on Tuesday 30th November, close to 6pm, the protesters sat in the doorways and linked arms so that the doors could not be closed and locked.

A statement was later delivered to the students by security staff, from University authorities: “For the past week, the University has recognised the legitimacy of your concerns and your right to protest within the law and the Universities’ own regulations.

“However, we have had to notify the University authorities of your actions this evening, and we have been asked to formally notify you that you are causing significant disruption to the operation of the University and are compromising the integrity of this building as such.

“Staff and students, you are in breach of the University regulations. Any others, you are committing criminal trespass.”

The statement concluded: “The University is taking actions in relations to these breaches of its regulations and the law.”

Previous attempts had been made by the occupying students to gain 24-hour access to the building. The occupation originally stated that they would not disrupt any lectures in Roscoe B, and simply move to the side: “We were happy to sit in the back of lectures so as not to disrupt the education of other students.”

After demands for 24-hour access to the building were not met, the students briefly changed their policy, releasing a statement: “We put forward the proposal to the university that we would prevent them holding lectures in the building if they didn’t grant us open access. Management gave no concrete answer, instead ignoring our attempts at communication, so we decided to go ahead with our plans.”

The protesters refused to allow a business and management lecturer and students access to the theatre on Monday 29 November, the day before the national protests, and stated they would continue to do so until they were given 24-hour access.

“Not only did management not inform us of any decision on their behalf, but they did not inform the lecturer in question that the occupation would be within the lecture theatre. Rather than insist we leave, she postponed her lecture by a week,” read the statement.

The protesters then voted to not follow this course of action: “We regretted having to deny students of their lecture this afternoon and it soon became clear to us that this was not the course of action we wished to pursue.

“University management then got back to us implying legal action, but we plan to continue the occupation indefinitely whilst not disrupting any more lectures and we plan to look for new ways of acquiring the desired open access policy, as well as our demands as a whole.

“We recognise that disrupting the education of other students will not further our aims and we apologise to the students who had to get out of their beds for no reason,” the occupation stated.

One of the organisers of the occupation, who preferred to remain anonymous, also said: “On Monday, we needed to organise a protest. We told the University that we want open access, and we want lectures to continue. Why don’t we both get what we want? If you do not allow us open access, we will disrupt a lecture.

“We disrupted one lecture. That was a mistake. We admit that. We apologise to every student in that lecture. Instead, we are going to seek alternative routes to gain open access to the University, but we’d like to make it clear to everybody that we do not want to disrupt education. Any lectures cancelled, other than that one, have been the decision of the lecturer in question or the University management.”

Students across the country have occupied their universities; including Oxford, Birmingham, University College London (UCL) and School of Asian Studies (SOAS).

Aaron Porter, President of the Nation Union of Students (NUS), has come out in support of occupations as a “legitimate form of protest”, despite previously being, in his own words, “too cautious.”

Speaking at the UCL occupation, Porter said, “I think that, for too long, the NUS has been too cautious and too spineless with being committed to supporting student protest and student activism.”

This comment was widely agreed upon by the UCL students in attendance.

Porter continued: “If I am going to be critical of myself, I have spent too long over the last few days doing the same. I want to apologise for my dithering over the last couple of days.

“But I want to be clear and unambiguous right now that wherever there is non-violent student supported action, NUS should and will support that. What we are facing is utterly disgraceful, “ said Porter.

The University of Manchester Students’ Union (UMSU) has also given their message of support to the peaceful protests in Roscoe.

The occupation of Roscoe lecture theatre B can be followed on: http://roscoeoccupation.wordpress.com/ 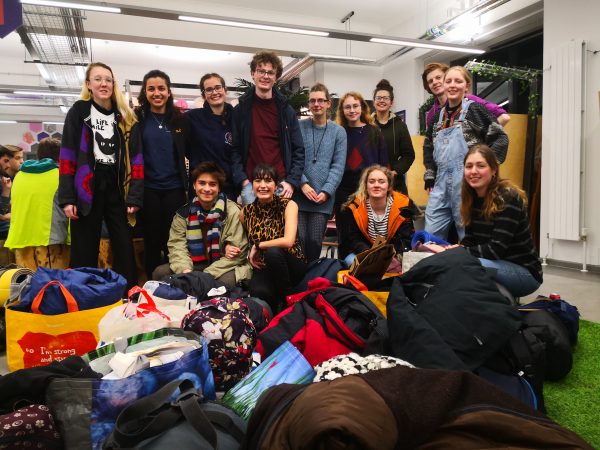 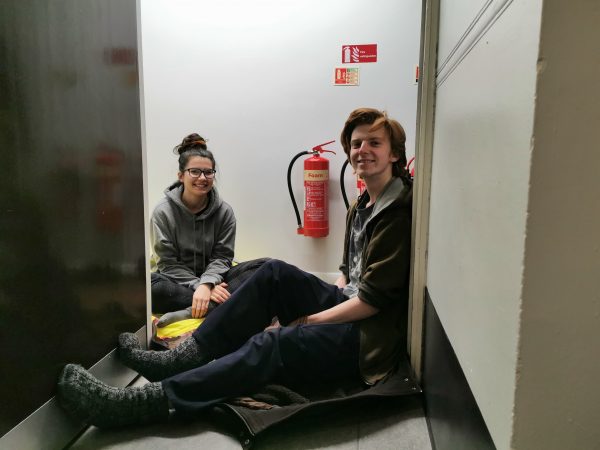