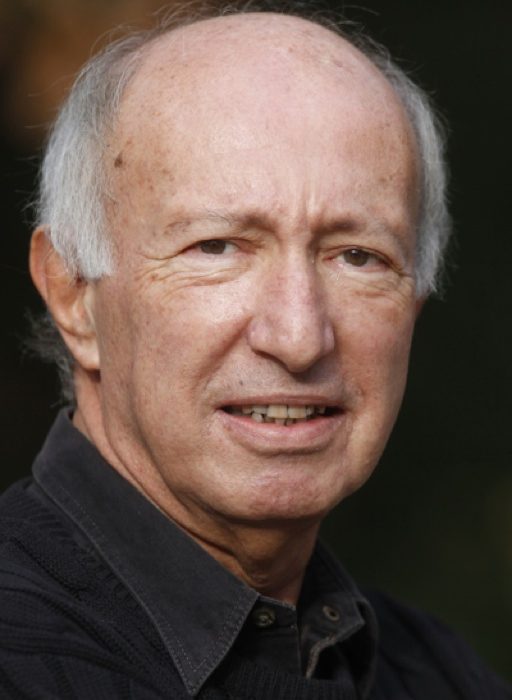 University of Manchester professor Hillel Steiner is a world-renowned thinker on matters of political theory. Features Editor Nick Renaud-Komiya met up with him to chew the fat on Libertarianism, politics and the state of higher

Shortly before the Christmas break, the Manchester Debating Union hosted a public debate asking this very question – thankfully, there wasn’t any violence. One of the debaters was Professor Hillel Steiner. For someone who has often been described as one of the foremost contemporary political philosophers, Steiner, 68, cuts a very relaxed and modest figure.

In addition to his extensive writing on rights and theories of justice, Steiner’s claim to intellectual fame is his pioneering of the ideas of Left-Libertarianism. Having taught at the University of Manchester for over 40 years, he is now officially retired, although he continues to mentor PhD students in addition to teaching part-time at the University of Salford.  It’s not everyday that you get the chance to meet someone who essentially created a political ideology. The Mancunion went to meet the man himself.

Nick Renaud-Komiya: Libertarian is an often-misunderstood term. Would you give readers a summary of what Left-libertarianism is in a nutshell?

Hillel Steiner: What all libertarians have in common, right or left, is a dislike of an over-extended state, a state that is involved in too many spheres of social activity. Right-libertarianism might just stop at that. Likewise, Left-libertarianism agrees that it doesn’t want an over-extended state, leaving a lot to market forces and to voluntary exchange. But, it is concerned also about the distribution of property rights in society.

Right-libertarians just seem to take the existing distribution of property as legitimate, however it came about. Whether you conquered it from Native Americans or bought it with hard-earned money and so on. Whatever is yours legally Right-libertarians think is yours morally as well. Therefore, they say the state shouldn’t interfere because you’re just disposing of what’s yours morally.

In contrast, Left-libertarians say what is yours legally might not be yours morally, it all depends how you got it. They are very focused on the Lockean idea that, when it comes to appropriating natural resources such as land, it’s not a matter of moral indifference as to who gets how much. All the stuff that’s not a product of human labour has to be divided equally. That’s obviously a complicated demand to fulfill in view of an almost infinite succession of generations.

In a nutshell, Left-libertarians hold that people who own natural resources have to pay taxes on them, which should then be distributed equally to everyone. The tax, or what I get out of that tax revenue, is my compensation for not owning land or natural resources to which I should be as entitled to as their current legal owners are.

NRK: What is the Left-libertarian view on direct action and student protest? Is it justifiable within that realm of Libertarianism?

Libertarians are only interested in legitimate rights. That is, if someone who should not be as wealthy as he actually is, sees some of his wealth trampled on in the course of a student demonstration, for example, then Left-libertarians will not lose sleep over that. But, you wouldn’t want student demonstration resulting in, say, broken windows in poor people’s neighbourhoods.

NRK: Talking about just cause, what are your views on the big issue of the moment, the increase in tuition fees and spending cuts on arts subjects?

HS: I’m not really clear that these cuts are unjustified. Statistics seem to show that people with university degrees have, on average (and of course with important exceptions), much higher lifetime earning prospects than people without degrees. That’s an argument for inviting more people to get degrees, and making it easier. But, it’s also an argument for charging those people a certain amount for the privilege of getting into a category within the labour market with greater earning power.

Whether the best way of charging students is through raised fees, a post-graduation tax or a system of raised fees plus loans that don’t need to be repaid until the beneficiary starts earning a particular income level, neither libertarianism nor, I think, any other political theory has any clear answer. But, the idea that people should pay for what ultimately is going to bring a lifetime advantage strikes me as fair enough.

HS: I’ve got a very long and complicated answer, but it is essentially true. We’ll leave aside the sciences and medicine because it’s very clear how they benefit society. The big question is how do the social sciences and especially the humanities benefit society? How does society benefit from graduates doing an archaeological dig in Egypt, for example? That’s harder to say. Perhaps you could say that a modern society that doesn’t support the humanities is going to find itself sooner or later importing a lot of its cultural entertainment, like television shows.

It’s also the case, though, that aspects of those disciplines are, in a sense, public goods, useful to everybody. We all want see museums. But, if other people are willing to pay for them, or pay for whatever is necessary to maintain them, like archaeologists, then why should I pay? Economists understand well that a collective good like a museum, can only be supplied by government, generally speaking. If private enterprise can do it, then as far as Libertarians are concerned, let them do it.

We don’t want the government supplying us with apples, for example, because private enterprise does that well enough. The same cannot be said of museums. Museums and other products of the humanities and social sciences are public goods and need to be funded by government via the tax system.

NRK: How do you think the British higher education system has fared since you first started living and studying here in the sixties?

HS: When I started in the sixties, I was immediately involved in teaching undergraduates as a PhD student. In our department at that time we had an average of seven students per one-hour tutorial group. Now, I’m not even sure they bother to call them tutorial groups. They’re more seminar groups and have 25 people. Certainly, by the time I finished teaching two years ago the average tutorial group was about twelve.

The effect of the increase in student population is that it has changed to some extent the culture. When I started teaching, if students got a bad mark on an essay they were embarrassed and apologised to the tutor [laughs], promising to do better next time. Today, when students get bad marks there’s a chance they will come to see the tutor with their lawyer in tow. They certainly can be a lot more indignant. University education tends to be seen now more often like a vocational preparation, something to equip you with at least a credential, if not the skills, to get a better job.

NRK: Do you think that is a change for the worse?

HS: I can’t honestly say that. It’s certainly nicer to teach students who are intrinsically interested in the material rather than just instrumentally interested in what you’re teaching them. Because it’s very difficult to separate these two groups, they all have to be taught together and the teacher has got to find the right balance to accommodate both expectations. It’s certainly challenging. I think it’s good that there’s a larger proportion of each generation going to university today than in my days.

NRK: How does David Cameron’s much-trumpeted Big Society concept come across to you as a Libertarian? Do you see any merit in it?

HS: [Sighs] Oh, I have no idea. I’ve always been and as far as I can imagine will always be a member of the Labour Party. I think the Labour Party’s heart is in the right place, but sometimes its head is not. The party has a hostility to the market that I believe is just a superstition. David Cameron’s Tories are obviously much more pragmatic than Margaret Thatcher. Insofar as the idea of the Big Society has a connotation of lots of volunteer groups doing certain things in the neighbourhood and in their towns, as a Libertarian I like that. I really think that people on the left who are critical of this approach are being ungenerous. The idea that the state should do everything for us is really one about which we have to grow up.

Cameron’s right in that he’s hit on this idea of reducing the state. As a Libertarian and even as a Left Libertarian, I support this move. But I would like to see accompanying it a wealth distributing policy that is obviously lacking and will never occur under a Tory government. The kind of redistribution policy, and this might bear on the tuition fee question earlier, that Left Libertarians on the whole favour goes under a number of forms.

An even more radical idea is not this unconditional basic income, but what’s called an unconditional ‘basic stake’. Instead of everybody receiving a monthly cheque from the state out of tax revenue, when they reach the age of 18 or 21, people get a huge capital stake, which they can choose to invest as they see fit. They can invest it in higher education, opening a small business or something along those lines. But everybody gets the same stake.

NRK: You’ve been described as a pioneer, a conference was held in your honour last year and a book based on your philosophy and containing essays from your colleagues was published in 2009. How do you respond to such accolades? Is it surreal?

HS: [Laughs] It’s a little surreal, also a little misleading. The basic ideas of this theory of Left-libertarianism have been around for centuries. An American philosopher and I published a two-volume anthology on Left-libertarianism. The first volume dwells on the concept’s history. Key ideas can be traced to Grotius, Locke, the Levellers and others.

All I’ve done is pick up on those ideas, try and excavate philosophical roots for them and see how they connect up with our general thinking about morality, politics, economics and rights, in particular. I make the concept of rights central to the whole theory. I guess I have pioneered the casting of this view of justice into modern analytical philosophy terms.

NRK: If you were given the opportunity to meet a political philosopher from the past, which one would it be?

HS: [Pregnant pause] Gosh. Well, it’s kind of corny, but I guess it would have to be Aristotle or Plato. I think I’ve got what all the others are saying. Aristotle and Plato, I’d like to push them a little bit more on what they said.