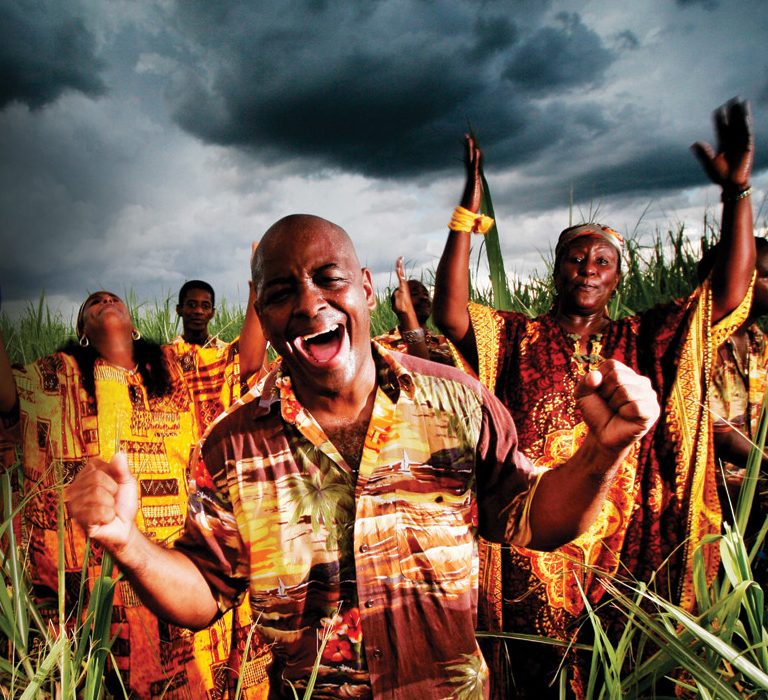 This then is quite a tall order for an ensemble who hardly speak a word of English. This is, however, achieved through passionate, dulcet and textured harmonies as the effortless switch between leads and the bongo drummer proudly takes centre stage allowing the previous lead to take a backseat and play the cowbells. Chant ‘Peze Café’ uses the analogy of a boy shouting for his mother as he is robbed when taking the family’s coffee crop to be weighed symbolising the difficulties faced in everyday life, whereas others such as ‘Chen Nan Ren’, meaning chains around the waist, are more revolutionary, defiant cries for freedom.

After the interval the tone of the songs take on a more celebratory character as audience members are invited to dance on stage and to sing along with the choir but the most evocative moment came at the humble ending. The choirs final prayer like song, performed as they ascended into the audience to systematically shake hands with as many of the transfixed crowd as possible, stands a million miles away from the typical climactic, boastful ‘encore’ of a show we are used to nowadays. Instead, they sealed the gracious and community strong image that their songs had invoked throughout the night. The choir then proceeded to leave out of the doors that we entered through, and there they waited, eager to thank everyone who walked past them and to sign copies of their album Tande-la, which now has pride of place on my desk at home.