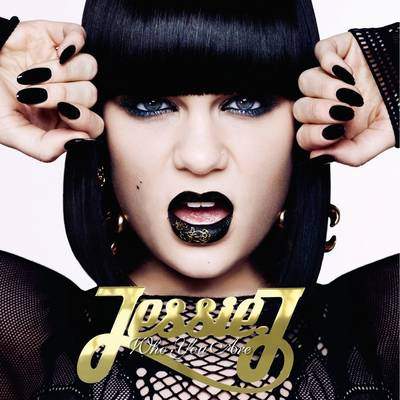 Chopping Block: Jessie J – Who You Are

Jessie J
Who You Are
Island Records

Currently, you cannot open a magazine, flick on the radio or open Spotify without seeing style icon, Jessie J’s omnipresent face, hearing an advert for her debut album Who You Are or one of her array of catchy songs.

And why shouldn’t this be the case for the new pop sensation? She has a unique, effortless voice, reflected upon in the acoustic version of her tracks. Trawling through her YouTube channel, an endless bank of videos display an amazing, powerful voice stripped to its bare minimum, away from the energetic dance moves, make up and costumes.

Her album offers an eclectic and diverse mix of pitch perfect pop ballads, club tracks, reggae and rap, displaying the range of her voice and appealing to the masses and collaborations with huge names, such as B.O.B, give the feeling that Jessie J’s success is set to continue. Her vocal ability is technically impressive, which makes up for the sometimes, not so impressive lyrics.

Jessie J has been crowned with a critic’s choice BRIT award, almost proof in itself that she is great and will be huge in 2011 – simply look at the success of previous winners Adele, Florence and the machine and Ellie Goulding.

Verdict 2:  “Littered with guest appearances to prop up a mirage of success and self-importance”
1 star
Joe Smart

There’s no debating Jessie J’s musical talent; she has a voice that, utilised properly and correctly, could be a pleasure to listen to. In reality however, it isn’t. Her breakthrough track, ‘Do it Like a Dude’, is insufferable. Difficult to listen to, with ridiculous lyrics, it left me wondering whether she could do anything at all, never mind ‘it’ like a dude.

The debut album stinks of over production and is littered with guest appearances to prop up a mirage of success and self-importance. BBC’s choice to crown Jessie J ‘Sound of 2011’ has come across as a desperate attempt to pick something ‘hip’; someone who swears in their songs, which to everyone else looks desperate and somewhat patronising.

Unfortunately for Jessie J, it’s effectively painted her as some sort of puppet, now probably resigned to a headline spot at something like Radio One’s Big Weekend, rather than a more respected festival.  Like said earlier, her voice is brilliant, it would however be much more suited wrapped up in a Florence & the Machine style ballad as rapping isn’t for everyone, as she proves on ‘Price Tag’. It all seems to be a vain attempt to separate her from the nice artists, but the way she interjects in most of her songs with annoying ‘uh’s and ‘yeah’s’, leaves songs that sound unerringly similar to the last in their painful attempts to be different. In reality however, she’s no different, and no better, than anything that has come before.