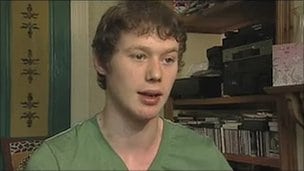 Adam Castle says he was detained outside in freezing temperatures.

The High Court has rejected claims by three teenagers that their human rights were breached whilst detained during tuition fees protests in Whitehall, London, last year.

Adam Castle, 16, his sister Rosie, 15, and Sam Eaton, 16, were held by police for over six hours without food or water in freezing temperatures during demonstrations on 24th November last year. But their claims for damages have been rejected.

Judges ruled that the action taken by the Metropolitan Police was “necessary, proportionate and lawful”.

Lord Justice Pitchford and Justice Supperstone went also ruled that the Met commissioner at the time, Sir Paul Stevenson, did not act outside of his power in his handling of the protest.

Students were staging a national day of action against tuition fees and education cuts when the incident happened. The protests were organised to build on the momentum created when the building which houses Conservative party headquarters was broken into and vandalised.

Martin Westgate QC, who represented the teenagers at the initial hearing in July, argued that  police had breached section 11 of the Children’s Act because children as young as 11 had been detained in a police “kettle”.

At the initial hearing in July Mr Westgate said: “One 11-year-old was told to ‘get back’ at a fairly late stage in the containment.”

Last year The Mancunion reported that students from Manchester had been left stranded in London after police contained demonstrators outside parliament. The demonstration coincided with the MPs’ vote on tuition fees, and was separate from the incident relating to the human rights claim.

Speaking to the BBC, Adam Castle, from north London, said: “We were punished for protesting and everyone was left demoralised.” He said that he and his friends were held for several hours in freezing conditions which they had not been prepared for.

Ivan Hare, representing the Metropolitan Police, said that front-line officers had removed vulnerable people from the crowd during the kettling. Mr Hare also dismissed claims that children dressed in school uniforms had been held at the protest.