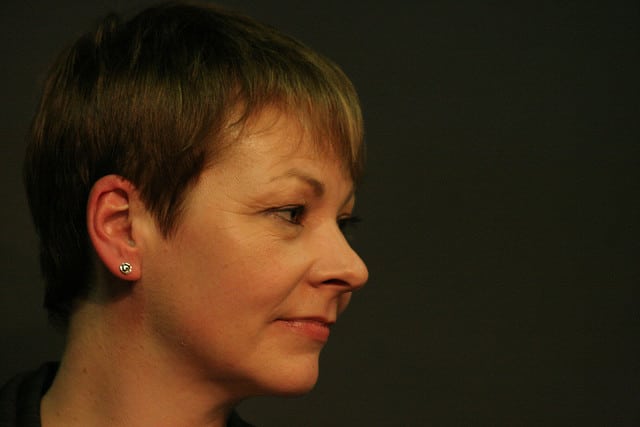 The Greens want to target ethnic communities, but deny that they only appeal to the white middle class. Photo: underclassrising.net

The Green party is too white and must target voters and activists in ethnic communities, its leader, Caroline Lucas, has said.

Speaking to The Mancunion at the Green party conference last weekend, Lucas said, “I absolutely do acknowledge that we need to reach out to ethnic communities. Looking around you can see that this party, as is the case with most political parties [in Britain], is still predominately white, and that is something that we’re very serious about tackling.”

She admitted that the party needs to broaden its appeal to different sections of society but said there is a stereotype that Green party supporters are all “middle class muesli eaters”.

“We often do much better in poorer areas, it’s not the case that we only get our votes in leafy green areas, so I think there’s a bit of a myth out there,” she said.

“Increasingly we’re working with the unions and they are seeing that when it comes to standing up for public services it is actually the Greens that are doing most on that, not Labour and certainly not the Lib Dems.

“One of the very first things the Greens did in Brighton when they got control of the council four months ago was to introduce the living wage for some of the lowest paid workers in the council. I think those policies give the lie to the idea that we are only appealing to a narrow section of society.”

In recent years, the party has made more of an effort to promote its policies on social justice as members have become frustrated with the stereotype that they “only care about trees”.

Lucas also said that the Greens were “very mindful” of the young vote and that the student vote made a “big difference” in helping her to become the first ever Green party MP.

She said a strategic decision has been made to put more resources into the Young Greens, a group which works alongside environmental activists on university campuses to promote the party. Student activism in the party is “crucial and growing” she said.

The Liberal Democrats’ broken manifesto promise on tuition fees has given the Greens a boost by attracting young supporters, she believes.

Last weekend’s conference was held at Sheffield Hallam University, a clear signal that Lucas sees political gains to be made from ailing Lib Dem support.