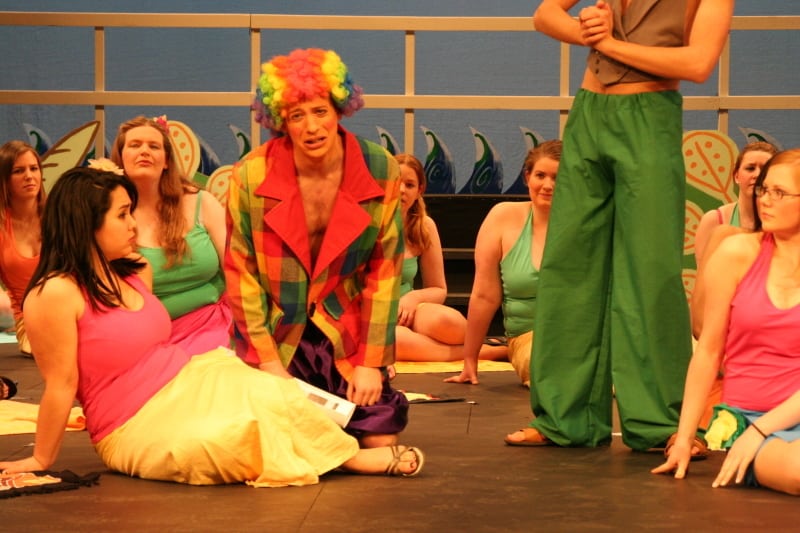 It has been 140 years since the first collaboration between librettist W.S. Gilbert and composer Arthur Sullivan was premiered in London but their works, including comic operas The Mikado, H.M.S Pinafore and The Pirates of Penzance, are still regularly performed up and down the UK and around the world. From Cole Porter to Family Guy, Gilbert and Sullivan’s have had a significant cultural impact on satire, musical theatre and popular music and in 2001, three out of five nominees for the Outstanding Musical Production Olivier Award were productions of Gilbert and Sullivan comic operas.

Of particularly interest is the dedication that Gilbert and Sullivan inspire from amateur performers. In the UK there are over 100 amateur societies dedicated to performing Gilbert and Sullivan’s work. You can’t say this of Shakespeare, Sondheim or any other writers of drama, opera or musical theatre.

Paul, the societies Publicity Manager and who directed the MUGGS production Yeoman of the Guard last term, admits that Gilbert and Sullivan do have something of image problem, associated with “drafty church halls and creaky sets” and that “sometimes music and drama students don’t take what we do serious, which is a shame”. Ian, who is the MUGGS Social Secretary, adds that “there are G&S traditionalists but MUGGS enjoys staging different interpretation, we staged a Bollywood version of The Mikado with authentic Bollywood dancing. The dramatic content is much stronger than people give it credit for”. The malleability of Gilbert and Sullivan’s work appears to be one of the keys to its success; Paul mentions that “In G&S it’s traditional to change comments about Victorian Politics contemporary ones. In H.M.S Pinafore a Lawyer becomes the head of the Royal Navy. Today we have someone with no experience of working in a hospital as Health Secretary and a doctor running the Ministry of Defence. Some things in England haven’t changed”.

The society was founded in 1951, Paul says that, “The French Society wanted to welcome students and they thought, what is more English than putting on The Mikado?”. They ascribe the popularity to a couple of factors, firstly, Ian says that “The copyright on G&S works ran out in the 1960’s and that makes putting on productions far more affordable. A few years ago we staged Bugsy Malone, one of only a handful of times in MUGGS history that we have staged a non-G&S show, and we had to pay nearly £1000 for the rights”. MUGGS has been able to stage nearly all of Gilbert and Sullivan’s full-length comic operas over its history, having no copyright and licensing issues to consider gives groups full control over how and when the shows are staged.  Secondly, one of the appeals of G&S is that there are no barriers to getting involved, though MUGGS do use professional musicians they don’t audition for their chorus. Paul says that society attracts people who “might feel intimidated by drama societies” and that there is an emphasis on creating a “fraternal atmosphere”. “We have a 50/50 male/female split in the society and a lot of heterosexual men who like football but also like prancing around on stage in costume”.

MUGGS will be rehearsing and performing a show in 24-hours from 6pm on Friday 7th October in UMSU Council Chambers.