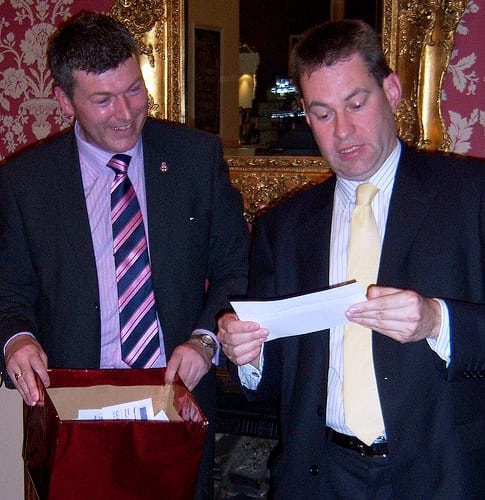 How far is a politician willing to go to pass his or her personal beliefs into law? It’s a question of selfishness, hubris and determination, and one which has been entwined with politics since Cicero. Some politicians venture into the world of corruption; others end up forgetting what they entered politics trying to achieve, and a select few fight day and night for their cause, turning their hair grey and alienating the electorate. All in all, it’s somewhat surprising that politicians even bother – but most of them do so because they believe that what they are doing is for the good of their people.

And so we turn to the current battle for the leadership of the Scottish Conservatives and the initial front runner, Murdo Fraser. As a Conservative myself, I look at his plan to disband the Scottish Conservative Party and I really wonder what on Earth the current Deputy Leader thinks he is doing. I am, quite honestly, shocked that he has gone so far for his cause. Whatever the result of the leadership contest, Fraser has opened a can of worms which will have an impact for a long time to come.

Murdo Fraser has taken a huge risk on a personal level, and it is one which will reverberate not only through the Conservative Party, but throughout Scottish politics as a whole. The ambitious Highlander has openly admitted that the Conservatives carry too much “baggage” in Scotland, and claims the formation of a new centre-right party would attract more voters.

“What we have to do is get many more people elected from Scottish constituencies to support David Cameron and a future UK Conservative government and the best way to do that is to create a new progressive centre-right with a Scottish identity,” he argued.

Seriously, who is falling for this? If the people of Scotland don’t want to vote Tory now, why will they suddenly switch their allegiance to vote for a pseudo-Conservative Party which has pledged its’ support to the Tories in any case?

The facts of the Scottish Conservative Party’s success (or lack thereof) in recent years are clear, and some may argue that the removal of the Party from the landscape will not affect many. But for those on the centre-right in Scotland, the damage is done. To go this far in attacking the very heart of the oldest political party in the country smacks of desperation, and seems to have only made the problem worse.

This new party would be a mere replacement; an empty re-brand with nothing more than a different name and shiny new logo. Political parties cannot be treated like soft drink spin-offs Diet Coke and Pepsi Max – the sugar levels in the Conservative Party, at least, will never change.

Admittedly, the Conservatives have just one MP from a Scottish constituency at Westminster; however, this proposed re-brand is an admission of defeat and it is just not cricket. Credit to Murdo Fraser – he has unselfishly (and perhaps unwittingly) ended his Tory career regardless of the result of the election, in a move of great boldness that one can only respect. Bold as it may be, the proposal looks like a bungled attempt to appeal to voters and attract financial support.

One cannot deny the paucity of Conservative success in Scotland, but metaphorically waving the white flag goes too far and history will not look kindly upon the idea. The only positive that we Tories can take from this sorry saga is that Murdo Fraser’s membership of the Scottish Conservative Party ends on 4 November.

Charles Bailey is a political writer for The Mancunion. A third-year PPE student at the University of Manchester, he is a Conservative Party activist and an active member of the Student Council