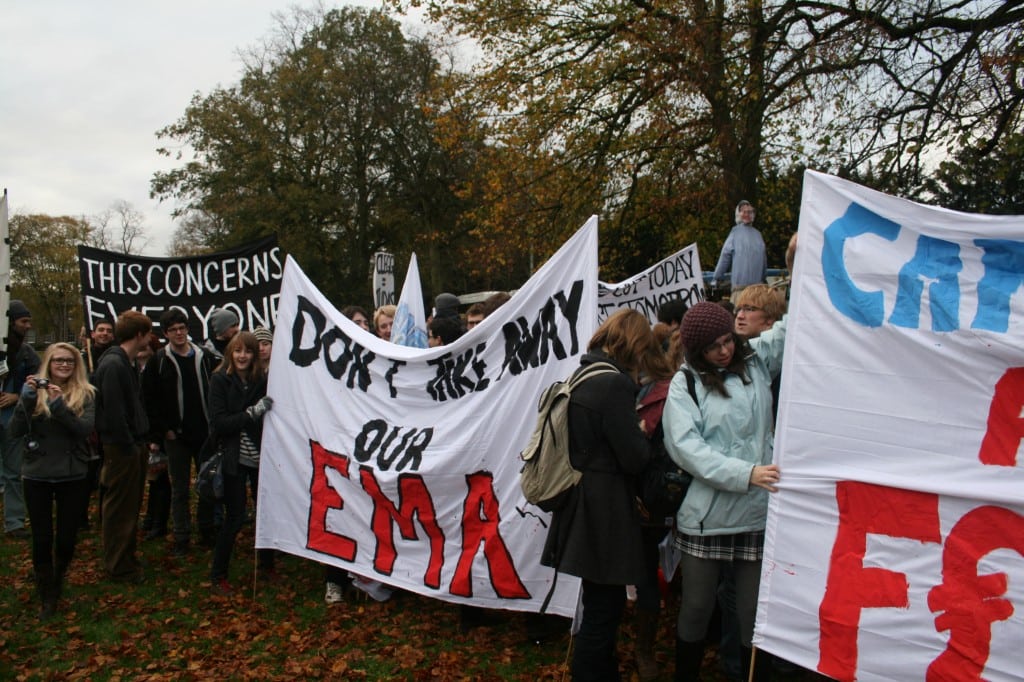 Youth unemployment in the UK has hit a record high, statistics released last Wednesday have revealed.

Almost 1 million 16-24 year olds are now without jobs in the UK, the biggest figure since records began in 1992.

Data from June to August shows that 991,000 young people are unemployed, equalling a jump of 74,000 since May 2011 and taking the youth unemployment rate to 21.3 percent.

The news puts doubt on the coalition’s claims that they are doing enough to combat youth unemployment and has increased worries amongst young people about their prospects of finding a job in the current economic climate.

Irene Robinson, a student at Manchester Metropolitan University, is worried about the prospect of getting a job after university, especially one relevant to the skills she has learned:

“I wouldn’t go to university if we had to pay more in fees when people are coming out of the other end now and not being able to get a job anywhere, let alone in a field they are interested in. I think they should put more money into good training schemes for young people and ensuring there are jobs out there for us.

“I feel like young people have become a forgotten generation.”

Sam Redmond, who did not want to give his real name, has been on job seekers’ allowance since he finished his university course in Manchester last June:

“The position I’m in now sucks, it’s kind of tricky because there are never as many jobs as there are people so it’s taking me a lot longer than I thought to find something.

“Creating more jobs, as well as maybe encouraging economic growth could make the UK a much happier place; people feel a lot more happier when they have a purpose in life.”

Tony Lloyd, Labour MP for Manchester Central, said, “Its actually frightening, young people are sadly being treated as a commodity to be dismissed at will.

He said sharp increases in fees and the “collapse of the job market” were making it even harder for young people to find work.

“Things like the removal of EMA have made it harder for young people to reach higher education. We’ve got to provide increased, adequate training and support for young people.” Lloyd suggested  opening up flexible working for the long-term unemployed.

He also described the experience of graduates unable to find work as “soul destroying”.

The conservatives pledged to create 100,000 apprenticeships during their first year in government and an additional 10,000 higher level apprenticeships are being introduced.

But honouring that pledge may prove difficult while implementing swingeing cuts.