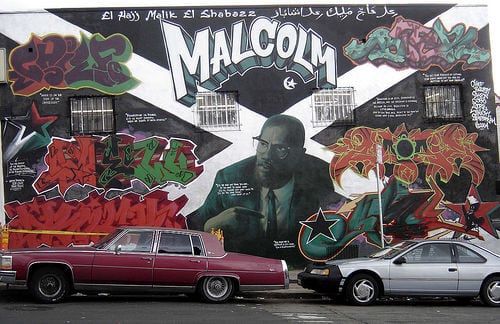 The importance of Black and Ethnic Minorities Week

With the anticipation of Black and Ethnic Minorities Week, and the numerous social and political issues which are prevalent in our society, it has become increasingly important to justify the significance of this poignant week in reflection of society today.

There are an inextricably huge amount of factors impacting the under-representation of certain communities in not just corporate industries, but on the political platform and public services, such as the police force. A recent survey indicated that only 3.7% of the police force are from ethnic minorities, emphasizes the so-called negative discrimination which is currently embedded in our public culture. Futile attempts to reverse this trend have had knock-on effects to the next generation, with mixed ethnic groups seeing the biggest increases in youth unemployment since the recession began, rising from 21% to 35% in the period, and as graduates, black people are three times more likely to be unemployed than white people within six months of graduation. Within five years of graduation, black students earn up to nine per cent less than their white peers for the same work.

When the TUC themselves are blaming the employment gap on firms discriminating against candidates from ethnic minority communities then this requires reformation of not just a social culture, but affirmative action to address the deep racism at the heart of our education and student life.

Why is this week so important? It is a compilation of influential events which help to expose the problems faced by ethnic minorities with commonalities of shared suffering and deep-rooted discrimination. The aim is to fight racism and under-representation and expose the shortages faced by victimised students who are treated unequally to their counterparts, as well as to empower these groups to learn about how integral they are in a developing multicultural society, by celebrating the contribution of Ethnic role models, such as Gandhi and Malcolm X, who held a meeting in our very own Student’s union Hall on the 3rd of December 1964, months before he was assassinated.

Unjustified inequality has been rife in our society for a long period of time, while efforts by many groups and movements have aimed to bridge this void, we still hear of the 72 per cent of Muslim women have experienced verbal abuse and threatening behaviour relating directly to their visible Muslim presence.

This week is so important to help engage with groups from an array of backgrounds and disciplines to tackle these issues head on. Our constant drive to lobby and campaign have insofar helped to raise fundamental issues facing back and ethnic minorities, but more needs to be done to empower these communities, less as ‘ethnic minorities’ but as global majorities and foster a sense of solidarity in common struggles.

Not only will these inequalities be addressed, but united on an equal front, we can also celebrate our rich heritage of the positive contribution made throughout civilization from the Civil Rights struggles to strongly featured history on the acts, culture and beliefs of self determining Ethnic groups and people such as Marcus Garvey and Steve Biko, staunch proponents of black equality a shining symbol represented in our very own union, something which we should take great pride in.

Granted, these issues have contended with short-term fixes, now is the time to empower these groups into substantive action, immerse yourselves and support progressive campaigns that aim to tackle deep-rooted abuses in reality and fuel change by observing the inequalities around you.