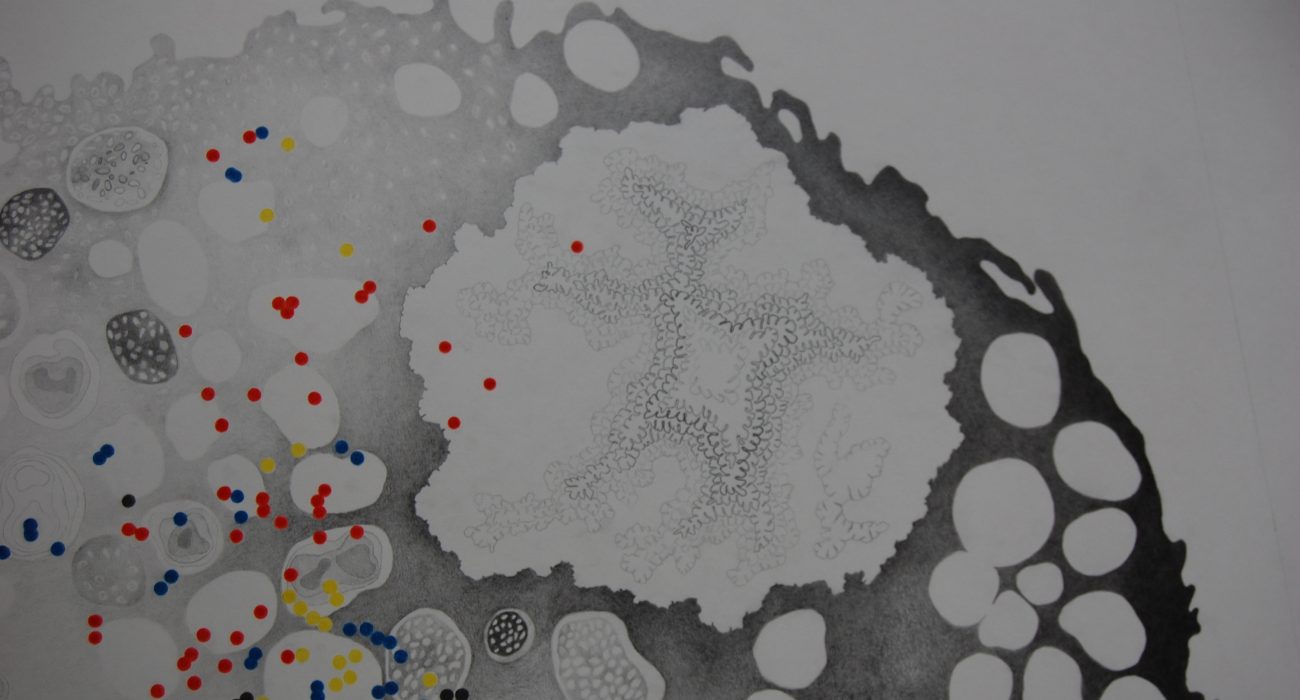 Sat enjoying a drink in the bar of the Cornerhouse, you could be easily excused for failing to notice your own, eye-splitting proximity to one aspect of this year’s Asia Triennial Festival. Likewise, alighting from the metro at Piccadilly station many commuters, in the daily rush to get from a to b, may miss the way in which their journey has been quietly invaded by one of the city’s local artists.

We often unconsciously filter out the majority of the environment that surrounds us, swallowing exactly only what we expect to see or are looking for. This is one element that Daksha Patel is attempting to express and undress with her quietly invasive works- which themselves call for us to look again.

Her work, a series of gentle, intricate etchings, drawings and photographs, plays upon the (oft-unnoticed) two-way street that runs between city and inhabitant. Working closely with Manchester Metropolitan University she has set about collecting and interpreting a range of data focusing on the ways in which we construct, live within, and are affected by our urban surroundings.

This information has then been transformed into a series of curious and intriguing images, which can only be described as the love child of cartography, cellular microbiology and abstract design – it was only a matter of time before that happened. Thus the mass of numbers which statistics often become are given new meaning as they are presented in a striking and thought-provoking manner.

Displayed at the Cornerhouse the images are graceful and inquisitive, put out in the cold of a station they are polemic (in the best possible way). Patel takes a step further in her quest to make us engage more fully with the conditions of our city and puts her work right in tripping distance of the daily grind. Displayed using a series of light boxes lining the tram-tracks at Piccadilly station, Patel’s art doesn’t just talk the talk, it gets all up in the grill of city life.

Taken out of the serene context of the art institution and placed within the alien realms of a crowded station these works confront the very population they are based upon – the people of Manchester. I only question how many will notice.

Daksha Patel’s work will be on show at the Cornerhouse until 18th October and at the Piccadilly metro stop until 27th November.