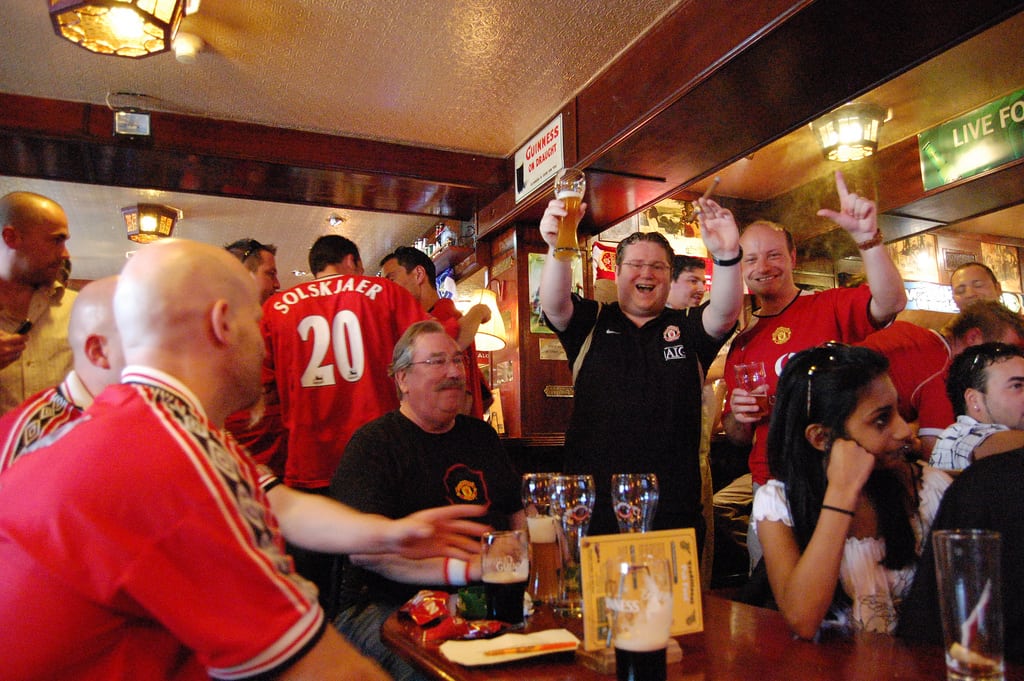 Since football began – according to some – back in 1992 with the inception of the Premier League, the game at the highest level has seen unprecedented levels of wealth enter the coffers of its clubs, players, managers and chairman backed by the seemingly unstoppable juggernaut of Rupert Murdoch’s Sky Empire. English football has never looked back since, with billion pound exclusivity deals ensuring Sky were the only serious competitor showing domestic matches, whilst clubs reaped the benefits of the lucrative sums of money on offer, allowing them to attract the finest World footballing talents.

This seemingly unbreakable axis however was dealt a dagger blow in early October by the unlikeliest of all protagonists, Portsmouth pub owner Karen Murphy, who challenged the Premier League’s right to prevent its content being shown by foreign providers in the UK. Like many pubs across the country, Mrs Murphy had been showing 3 o’clock kick off games which Sky are unable to show, by using a foreign decoder to attain the service from overseas providers. As opposed to the eye watering £1250 a month for a Sky pub subscription, Mrs Murphy paid Greek broadcasters Nova sports a mere £118 per month for access to a far greater variety of matches from across the league.

Sky’s efforts to sue Mrs Murphy for copyright infringement were challenged in the European court of Justice, who overturned the decision, paving the way for a potential massive change in the way we watch football on television.

But what are the main implications for us fans?

Well, for starters you will now see more pubs around the country showing 3 o’clock games which were previously prohibited due to worries about attendances. Instead of having to wait until Match of the Day, mess around with a dodgy internet stream or endure the blunderings of Chris Kamara on ‘Soccer Saturday’, you will be able to watch your team live every week in the comfort of the pub – or even your own home.

The ramifications for clubs however remain unknown, as much of the technicality of the ruling lies around the use of the Premier League’s intellectual property rights – badges, theme songs etc. Therefore, there may still be a legal challenge to be made. However, if the UK courts are to uphold the European Court ruling in its entirety, there could be a decrease in the overall TV money available to clubs, with the lucrative rights holding less value with many other competitors on the market.

Although largely the ruling is a positive step away from the domination of Sky, there remain fears that the Premier League will now look to sell the rights as a single package throughout Europe, although this would mean a significant loss in revenue. For now though, publicans and fans around the country can breathe a sigh of relief, as they are no longer compelled to watch Sky’s mediocre, cringe worthy coverage for their live weekend footballing fix.