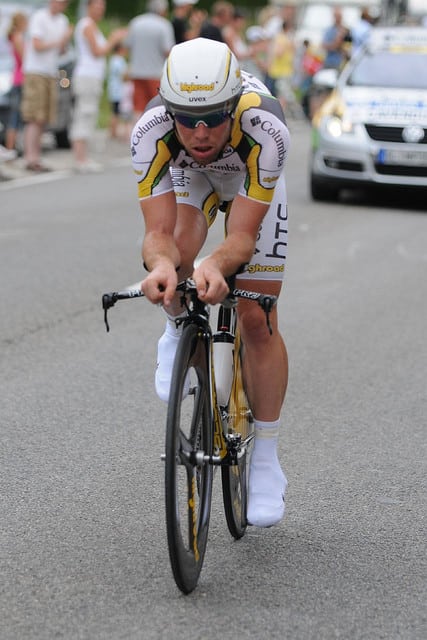 So, as the 2011 season draws to a close, Hornby are celebrating. After all, Vettel being crowned world champion for the second year running suits them perfectly. Who better to front Scalextric than a man who drives as if he were on rails?

That’s been the story of this year’s championship – a young man who takes a quick machine and holds the trigger just so. Of course, even the ice cool German isn’t invulnerable, one instantly recalls his slip three corners from the end at Montreal which allowed Button the lead and created the most memorable race of the season.

Overwhelmingly though, Sebastian and “Kinky Kylie” have been remarkably incident proof over the past 17 races – and amazingly fast with it.

Thankfully, this record did not translate into a dull or monotonous season. While it is true that the 2011 championship was significantly less exciting than in 2010, this season did provide some truly memorable races.

China was the calendar’s first breathtaking encounter as Hamilton – in his best performance of the season – teamed his aggressive style with a strategy that capitalised on new legislation concerning tyres and DRS. This saw him snatch the lead from Vettel just four and a half laps from the end – whilst an intelligent Webber managed third despite his dismal grid position of 18, thanks to some inspired driving.

Possibly the most spectacular race of the season was the aforementioned Montreal GP – a race that took over three hours thanks to stoppages caused by immense downpour. Button went through the pits five times, collided with his team mate and ended up at the back of the field on six occasions yet mastered the hazardous conditions and clinched a fantastic win just three corners from the end – the most improbable victory of his career.

There were of course many other great races, Nurbugring, Spa and the Alonso’s battle to first in Silverstone to name but a few. Paradoxically, the overwhelming majority of these races were exciting despite Vettel, not because of him.

Now this may appear a partisan notion but Vettel is often a boring driver. Yes – he is quick – but for many fans, he is too clinical and too controlled, too like the Schumacher of old.

This makes it hard to understand why Hamilton – often dismissed as an arrogant and dangerous boy racer – is not more widely appreciated.

He is the antithesis of Vettel. He will go for a gap water couldn’t squeeze through (admittedly often colliding with Massachusetts in the process), he will slam on the brakes millimetres from the gravel to make a pass stick – he will put everything on the line to win and he will be thrilling as he does it.His current season haul of nine penalties merely serve to show what a truly invested and dedicated racer he is.

So for next season F1 fans can pray for a return in form for Hamilton as he, along with Button and Alonso, will be the ones on the grid with the ability to create a truly fantastic race – rather than just a short one.