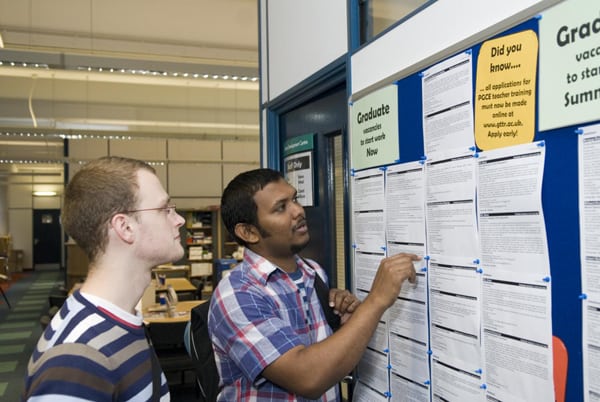 Commentary: It will never be easy to find a graduate job again

There’s no doubt that times are hard for British graduates. Business recruitment is low, leaving scores of graduates fighting over every coveted position.

The most commonly blamed factor is the recession, which is preventing businesses from expansion and thus causing higher graduate unemployment.

But this is not the whole story. Key to the question of graduate employment is the fact that since the early years of this decade the UK has experienced a continued rise in over-qualification levels.

This is where somebody holds educational qualifications in excess of those required for their job or entirely unrelated to it.

Prior to the expansion of higher education it was simple: a small number of students went to university and then stepped into suitable graduate jobs.

These people tended to earn more – the ‘graduate dividend’ – and so when Labour came to power in 1997 they looked at opening up this advantage to more people.

But when they decided to set a target of 50 percent of school-leavers going to university, they wrongly assumed that the market would keep up.

Instead, an increasing number of graduates are leaving university to find that the glittering professional career they were promised simply isn’t available.

As a result many graduates have to take jobs for which they are over-qualified. As well as being disappointing for the graduate, this has a terrible effect on school-leavers.

Those jobs that did not used to require a degree are now so flush with applications that they raise the bar. This forces students to put themselves through three years of debt-fuelled university in order to get exactly the same job they could have walked into before.

The labour market has been flooded by graduates now, and short of a massive reduction in university places it will never be comfortably easy to find a graduate job again. If you want one, prepare to fight for it.