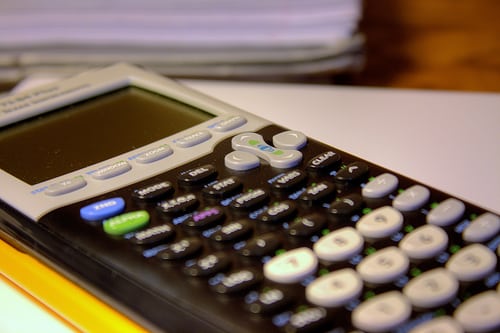 Needing a calculator to count up past rendezvous' should also cause some worry. Taken by Paul Li

This year saw the emergence of the University Sex Survey, published by StudentBeans.com, in which a ‘sex league’ was devised. The league is based upon the average number of sexual partners per student, with 2818 students being asked across over 60 universities.

The University of Manchester came 33rd with 5.4; closely beaten by the University of Oxford with 5.6. Oh the irony, and the shame, that we scored higher in a sex league than in this year’s official university league tables.

But what is this obsession with keeping count? Are there people out there updating a tally chart or literally hacking notches into their bedpost as soon as their latest conquest has grabbed their pants and run out the door?

Of course if it’s taking you more than five minutes to count up your history of sexual counterparts and you have to use all fingers and toes twice over to do so then alarm bells should be ringing. However, if every time you have sex with somebody new different bells start ringing in your head – I’m thinking something along the lines of “ding, ding, ding number 28 wahey” – then you, my friend, need to have a long hard look in the mirror.

It’s this sort of behaviour that is associated with the ‘lads’ of our generation. The approach of “bet my number’s bigger than yours” and the bragging and boasting that comes with it that promotes excessive promiscuity and unfortunately, a lot of the time, unsafe sex.

If you’re going to have sex with that stranger that’s just bought you a VK and a shot of Sambuca or are considering seeing if the girl that’s been grinding on you all night wants to head home that’s great, have fun, I hope he or she rocks your world. But be safe and do it because you want to, not because you’re trying to one-up your mates – or competitors rather.

Turning sex into a competition or an anecdote for the next round of ‘I Have Never’ in no way promotes a positive image of yourself or your sexual expeditions.

The ‘number game’ is also in no way gender neutral. Where a boy might be patted on the back for getting into the twenties or plus, a girl in the same position would much more likely be labelled a slag, easy or something much worse. However, that opens up a whole new can of sexist worms that I can’t even begin to delve in without ranting on forever.

University is a time of being young, free, experimenting and what not but alongside this there needs to be a dose of maturity added to every decision we make, sexual or otherwise.