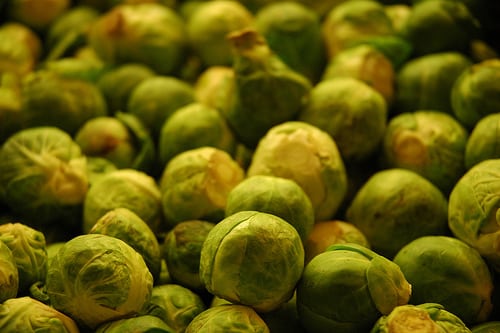 Have yourself a very veggie Christmas

It started back in ’85 when the hair was big, shoulder pads were in and The Smiths were blaring out of every teenager’s stereo for all to hear – including my mother’s. Her infatuation with Morissey combined with the release of Meat Is Murder led to her to make a life long conversion to vegetarianism.

And so my siblings and I were destined to a childhood full of Linda McCartney, Quorn, lentils and other questionable pulses. It wasn’t all bad, it was just what we were used to and with friends’ parents not knowing what to serve up when we went round for tea we consumed more rounds of pizza and chips than any child could ever dream of.

There was just one time of year when my carnivorous curiosity began to creep in and I started to consider a life outside of mycoprotein food products, Christmas. What were these meat filled feasts that everyone at school drooled about? What on earth is a pig in a blanket? My mind boggled.

Past Christmas dinners in the Howes household have been somewhat different, up to and including a year of pulling crackers around a table of Quorn spag bol (and a cheese sandwich for my incredibly fussy younger brother).

We’ve taken the more traditional and festive route at times with all the trimmings piled up high unfortunately let down by their accompaniments: a nut roast or, even worse, Quorn’s Family Roast – essentially a slab of salted plastic.

At 14 I succumbed to peer pressure, moved to the dark side and became the through and through carnivore I am today but with no clue how to baste, stuff, cook or even buy a turkey I was subject to many more vegetarian Christmas’ for years following.

It wasn’t until reaching university, when in our cramped and sticky kitchen of Weston Hall three other girls and I slaved away to cook a faux Christmas dinner for six ungrateful boys, that I picked up invaluable life/cooking skills and swiftly ran back home to London with them.

I have since taken the Christmas cooking reigns straight out of my poor mum’s hands to bring some much needed meat to the lives of both me and my brothers, who have also turned their backs on vegetarianism.

But there may be some out there who aren’t so lucky. Some who still involuntarily have to endure a chickpea-lentil-pumpkin-mush concoction swimming in gravy just to make it taste a little less like something excreted  by next door’s rabbit.

So when December 25th comes around and you’re tucking into your turkey, stuffing six cocktail sausages into your gob at once or have prawn vol-au-vents coming out of your ears, please just take a minute to remember those less fortunate than yourselves.