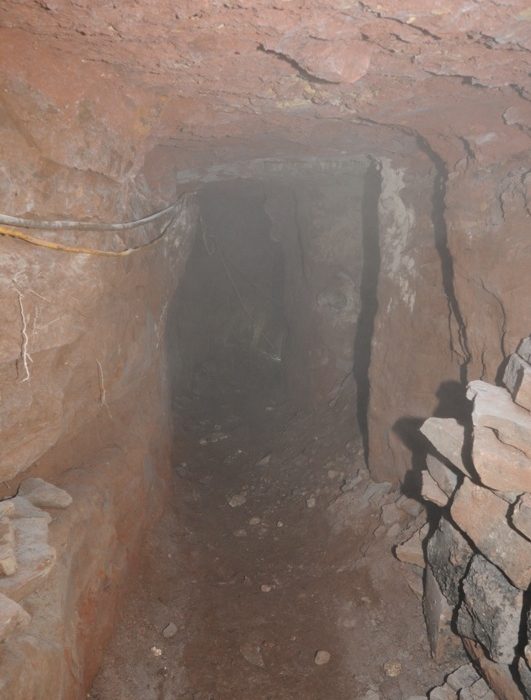 A group of thieves dug a 100ft tunnel underground to rob a cash machine attached to a Blockbuster Store in Fallowfield of £6,000.

The robbery, which took place on January 2, was the second time in four years that the cash machine had been targeted by a tunnel. After the robbery four years ago the tunnel was filled in.

The police believe that the criminals could have spent up to 6 months building the passageway that was approximately 100ft in length and 4ft tall.

The thieves dug the tunnel from a rail embankment at the rear of the store underneath the car park and foundations of the buildings. The tunnel ended directly beneath the cash machine where the gang then had to cut through more than 15 inches of concrete to get to the ATM.

The thieves only managed to steal a limited amount of cash as the machine had yet to be filled up following the busy Christmas period. Had the machine have been refilled up to £20,000 could have been stolen.

Police said that it was quite a sophisticated heist as lights and support beams had been fitted throughout the tunnel. They estimated it could have taken around six months to be built. Detective Sergeant Ian Shore said: “we doubt they would have been able to keep their plans secret for all that time, without telling others about their scheme. They must also have spent a lot of time in the area over the past few months, which people may have noticed. In all my years of service I have never seen something quite as elaborate as this.”

The police urge anyone living in the Fallowfield area noticed anything suspicious to get in touch.