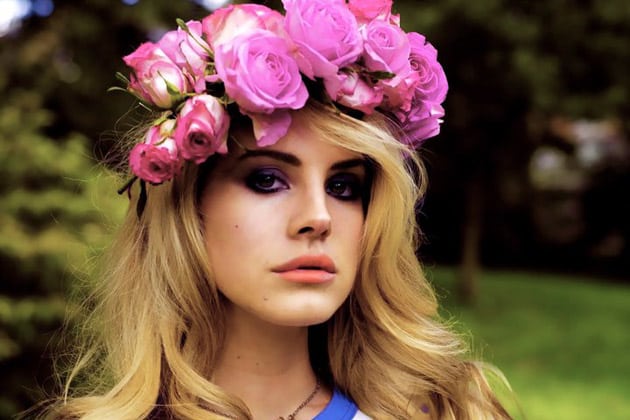 Lana del Rey and the enduring love for Lolita

This month, Lana del Rey has made her Vogue cover debut, posed girlishly against a backdrop of baby pink. Her debut comes in the midst of backlash following a disastrous Saturday Night Live performance and revelations that Lana del Rey is actually the reincarnation of the less successful Lizzy Grant. Other live performances floating around the internet demonstrate that this performance was an anomalous anxiety-induced failure. As for changing her name, I’m sure nobody expected Lady Gaga, Bono, and Sting to appear as printed on their birth certificates.

In addition to her haunting melancholia, Lana’s rapid rise to fame – considering that Florence Welch first graced the cover of Vogue only two issues previously for December 2011, following three years and two albums in the mainstream music scene, Lana’s alacrity is impressive – has been due to her cultivated, unabashed, and self-confessed “Lolita got lost in the hood” image. The archetypal Lolita image – knowing women depicted as little girls, little girls depicted as knowing women, all in shades of pastel cut with scarlet, a juxtaposition of innocence with sexual self-awareness – is prevalent in Western culture and appeared all over the SS12 catwalks, most prominently at Meadham Kirchoff, who sent down the runway a troupe of candy-coloured Courtney Love-inspired Kinderwhores. Lana’s particular brand of Lolita is notable for its truth to Vladimir Nabokov’s original Lolita – her lyrics, “Light of his life / Fire of his loins”, are a direct re-write of the opening lines of Nabokov’s novel, and both her music and her image are composed of an overt expression of female sexual desire.

While the male obsession with Lolita may seem fairly obvious, it is the equally strong female obsession to be Lolita that initially perplexes. The appeal of Lolita to women lies in the honest exposure of the sexual duality inherent in both young girls and women of all ages, hence the timeless appeal (at 25 years old, Lana is no longer a teenage dream). The Lolita aesthetic embodies an enduring duality of good girl / bad girl: a would-be good girl (crucially, then, an awkward girl) knowingly the object of some malevolent man’s desire, except she desires him just as much. The result is an open acknowledgement that the binary labels of innocent virgin and depraved slut imposed upon women by men could never be adequate descriptions of female sexuality when the veracity is far more complicated.

Consequently, the Lolita aesthetic acknowledges the universal human quality of wanting to appear good in the face of a dark interior; individuals conscious of their mortality who find themselves part of a society with high moral expectations – that’s all of us, then – will forever be attracted to a picture of youth and the prospect of being very, very bad. Morally reprehensible actions are not condoned, but ubiquitous human desire is.

Lana del Rey perfectly embodies the masochism inherent in Lolita, which is why the image endures: masochism, a common and often female desire yet harboured reluctantly by many, is justified through the addition of glamour; it is acceptable if it’s bestowed an intellectual quality and looks beautiful. Who’d have thought a short dress, suntan, heart-shaped sunglasses and punch-stained lips could be so emblematic?