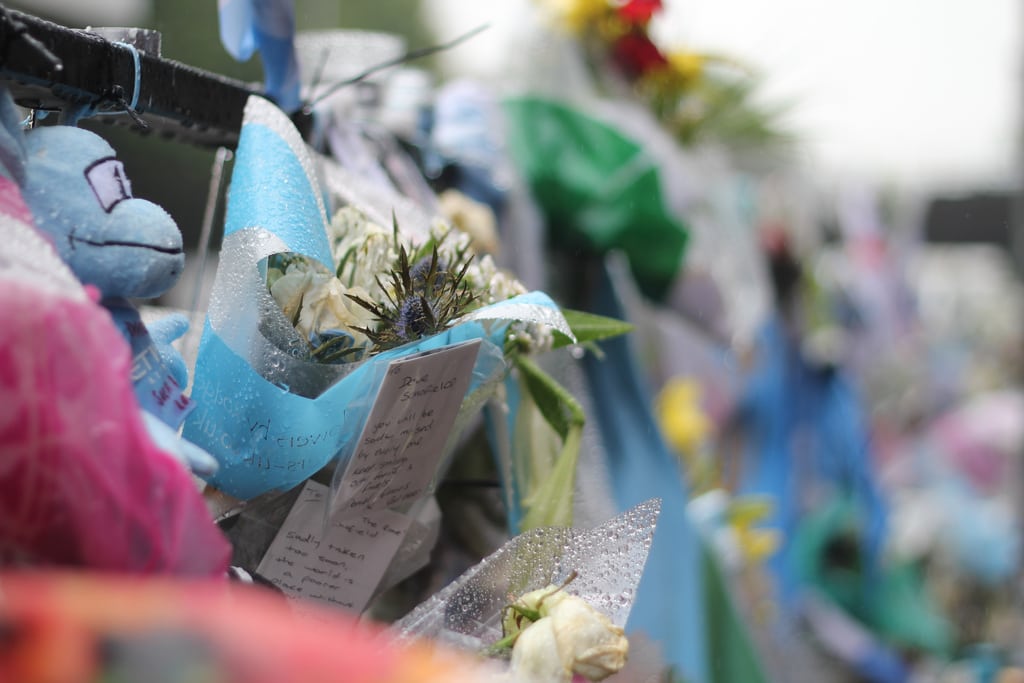 One year ago, friends and loved ones laid flowers and hung Manchester City shirts as a tribute. Photo: Jonathan Whiting

The family of a student killed giving chase to a mobile phone thief on Oxford Road has made a new appeal for the criminal to come forward on the one year anniversary of his death .

David Schofield ran into the path of a double decker bus near the old BBC building on Oxford Road whilst in pursuit of a cyclist who had stolen his Blackberry.

Originally from Hyde, the 21-year-old was returning from a night out with friends on September 10 last year when the incident occurred.

Mr Schofield was scheduled to return to Liverpool John Moores University later that month to commence his second year studying sociology. Schofield had aspirations of becoming a primary school teacher.

David died 24 hours after being hit by the bus at Manchester Royal Infirmary with his family by his side. Over 220 people attended a candlelit vigil on Oxford road one week later.

In David’s memory, in February of this year his family launched the David Schofield foundation. The foundation later funded ‘Schoey 21’, the first ever ‘Northwest Blood Bike’ to transport vital blood and other urgently required medical items to hospitals, free of charge and 24 hours a day.

A 19-year old man and 24-year old man were arrested in connection with the robbery but no charges were ever brought. David’s mother Nickie, 40, called for the thief to come forward to give David “the justice he deserves”: “if the thief’s a half-decent person he would come forward”, she urged. “I know I wouldn’t be able to live with myself”.