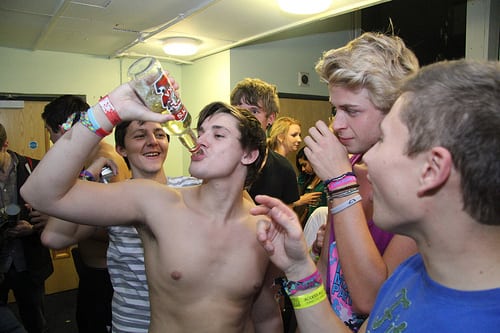 The unofficial Freshers guide to scams

You’ve just received your student loan and you suddenly find the whole world has opened before your feet. Did you hear about the amazing Freshers Week parties? You should get a wristband, everyone’s gonna be there!

But they won’t be. Because more often as not, you’re being scammed. Take heed, because it’s a serious problem which affects students up and down the country.

Most of these scammers will try and catch you early on, in the excitement following A-level results. They’ll spam Facebook or Twitter, advertising their cheap tickets to the coolest event in the city. If you’ve never been to Manchester before, how are you to know the best place to go?

“UoMUltimateGuide” on Facebook have been found to spam their subscribers about the “Manchester Freshers Week” packs, and falsely claim to offer an opportunity to “find your flatmate” or become a rep for the PR company. Their ‘Manchester Freshers Week committee’ has nothing to do with the University or the Students’ Union (SU). The SU is actually putting on two Welcome Week events (the Welcome Week Party, and the M13 Festival) which are sponsoring a safe taxi scheme for all students.

It’s not just touts for Freshers party tickets, but fake jobs, and mailing lists which have been linked to phishing scams. In July 2012, two men arrested by colleagues of Greater Manchester Police and London Metropolitan were jailed for stealing over £1.5 million from UK students. Damola Olatunji, from Manchester, had gained access to student accounts at the start of the 2011/2012 academic year by using a bogus Student Loans Company website. Asking students to log on and confirm their details, he was able to access their bank accounts. The Student Loans Company have warned students to be wary of suspicious emails of this nature, stating that they would never ask students to confirm their personal details in such a manner.

As a student, we might not consider ourselves to be in any danger of identity fraud, having no significant personal wealth. But the majority of students will receive a substantial loan, and have opened a student bank account with large overdrafts, making us attractive targets. As school leavers suddenly entrusted to fly the proverbial nest, we’re also prone to naïvety.

The online ad service Gumtree was targeted by scammers advertising false J.D. Wetherspoons jobs all around the country, which caught thousands. Part time job ads were placed online, requiring you to submit a CV. Once you were congratulated on being a successful applicant, you were then asked to submit an email with a signed disclaimer and uniform sizes, and to pay £60 for a CRB check. First of all, there is no requirement for a CRB check for working in a bar, and secondly, the maximum cost of a CRB check is £44. Police and the UK’s Fraud Prevention Service are still conducting investigations to put a halt to these scams.

When you come to the Welcome Fair, you’ll be bombarded by people on the streets handing you promotional leaflets and trying to get some cash out of you by signing up to their scheme. Legitimate or not, there are serious concerns for students that need to be acknowledged by the University and the SU especially.

Another popular scheme is to buy a “Student Discount Card”, which sounds pretty appealing, right? We all like to find the best bargain on GroupOn after all. However, the only nationally recognised student discount card is the NUS Extra. Whilst others may have secured deals with certain companies, it’s unlikely to be true and certainly will not work with the major, national brands.

There are many other instances that can also leave students vulnerable. Finding last minute accommodation, for example. All first year students are entitled to a place in Halls of Residence, but for everyone else it is a gamble trying to find a house. Ask any third year about their second year experience and you’ll probably hear the same story; dingy, mouldy, broken furniture, mice-infested, absentee landlords. Manchester Student Homes in Fallowfield offers free help and advice to deal with any issues, and you can also go to the Advice Centre in the SU, but it’s a little too late when you’ve already signed on the dotted line. The University needs to take a stance to help prevent students being exposed to this vulnerability in the first place. We might all think that crap student housing is standard, part of the territory, but it shouldn’t be.

There have been no official notifications from the University or the SU to warn students about such scams, and how to protect ourselves. For Freshers especially, this is vital. Whilst there may be plenty of advice on hand, this should be proactive and not retroactive. As the largest university in the country, more effort needs to be made to help protect the student body.