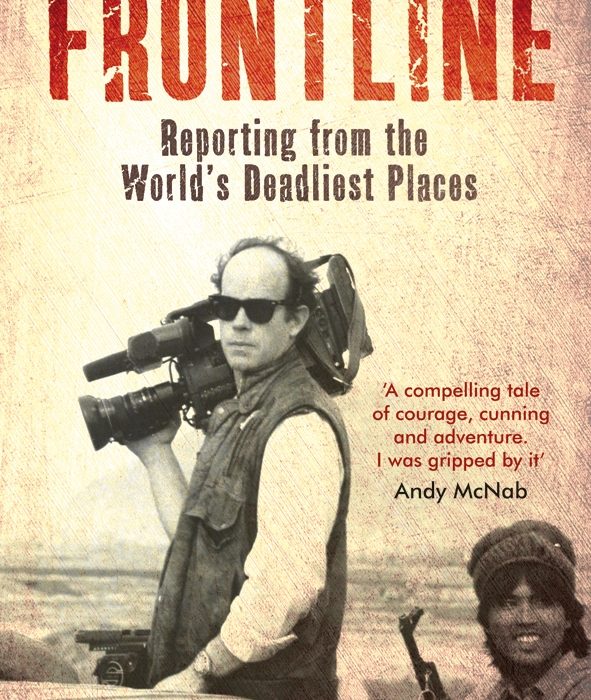 “Is a story ever worth dying for?” “Yes. YES. Absolutely.”

This is the wildly captivating non-fiction account of the life of freelance television photo agency, Frontline (1989 – 2004), which trudges through minefields in Afghanistan and the forests of Chechnya. In search? of some sort of truth about “real war”: evidence of massacres and the effects of mis-directed bombings on civilians.

Instead of being turned away once more by the glaze that the words “non-fiction” induces, running to the new ‘adult’ novel from J.K. Rowling, give Frontline a chance. Rarely is a story (even a fictional one) so exciting, its telling so gripping. With dramatic dialogue and eloquent writing, the only snag you may perceive in this book is also its importance: the emotion that it induces cannot be pushed away, or ignored, with the comforting self-assurance that ‘it’s only a story’.

The opening quote above comes from Vaughn Smith (an ex-soldier turned photojournalist), who comprised one of the founders and original reporters of Frontline. The company was the driving force behind freelance journalists, and journalism, who refused to commit to the “24 hour news beast”, and the increasingly homogeneous and bland news coverage of conflict.

When photojournalists were told where to point their cameras and when to close their eyes, Frontline was formed. Independently finding and shooting the real stories of war; no money-making scheme (mostly no money), and no quick way to fame. Rory Peck, Peter Jouvenal and Vaughn Smith were not activists; they went to the front with no biased or political agenda, but with a determination to show the best and worst of the human character in the world’s most dangerous places.

Loyn quotes Jouvenal as saying he would often film things that he knew could not be broadcast, “If people are tied up and shot in the back of the head, then it is my duty to fim it…if you don’t, then it’s a form of censorship. It is as if the deaths didn’t happen”. This is testament not only to the dedication and personal beliefs of Frontline’s founders and journalists, who strove to document, in the hope of disarming (viewers and armies) and not entertaining, but is the driving impetus behind both company and book.

For my part, I had to struggle through the first 50 pages or so, but this work paid off tenfold. I came away completely involved, personally, with the story, and feel that I even learnt something from this book which conveys the extremes of human nature. This is an incredibly well written and important book.