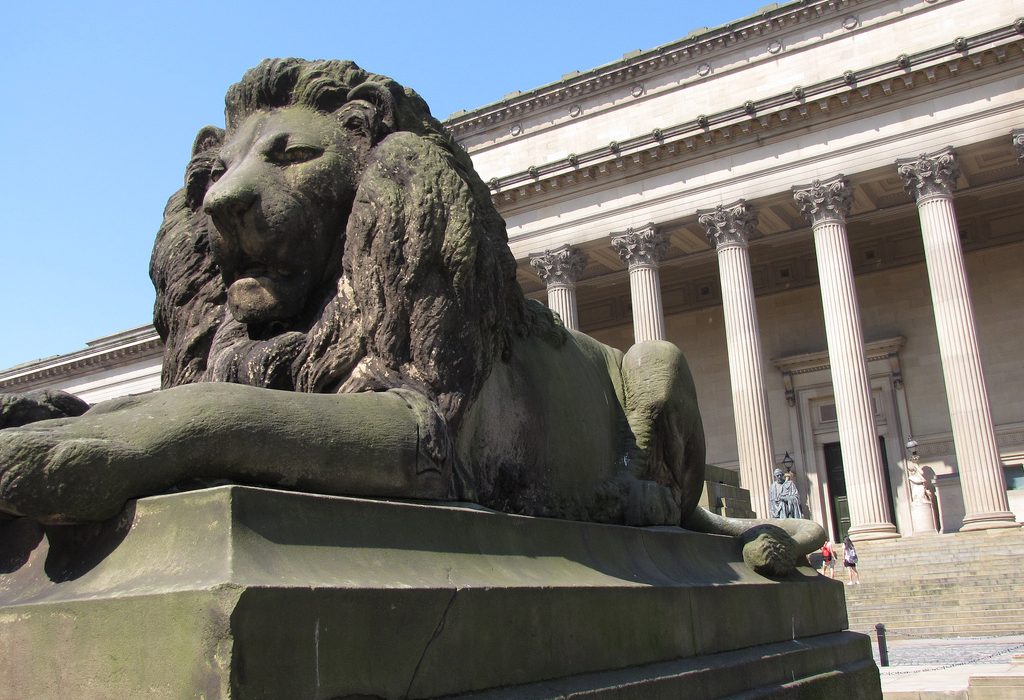 Liverpool is less than an hour away on the train from the centre of Manchester. Photo:Christopher John SSF @flickr

Manchester is a fast moving city and sometimes it can get a little too much to handle. For the days when you wish to escape the bright lights of the city there is a massive amount of things to do in the area around Manchester and further afield. Close to the city and only a short bus journey away is the UK’s longest indoor snow slope at Chill Factore. Ski and snowboarding lessons may be a little pricy but are probably advisable for beginners. Access to the slopes is more reasonable and even better comes with a handy NUS discount.

A fierce rivalry still exists between the North West’s two famous cities but Mancunians would be foolish not to head over to Merseyside to enjoy Liverpool’s revitalised city centre. 2008’s Capital of Culture has enjoyed a boom of late with an influx of restaurants and great additions to its already varied nightlife. A new favourite among locals and visitors is Central Perk taken right out of the iconic US sitcom Friends. The café is almost an exact replica of the famous hangout that was a favourite of Joey and co. and has a number of NYC inspired coffees. Music fans can learn more about the legendary Beatles at The Beatles Story at the city’s Albert Dock. Concession rates start from a reasonable £9. Meanwhile football fans have a choice between the red and blue sides of the city. Both clubs run stadium tours, the more popular being Liverpool FC’s Anfield Tour where you can marvel at the club’s ever-growing trophy cabinet. For those looking to shop head to Liverpool One the city’s shopping and entertainment complex opened in 2008. Shops include John Lewis, Apple and Harvey Nichols (opens Autumn 2012).

York is another city close enough for a short visit from Manchester. At only an hour and twenty minutes away both by car or train, the historic city offers an alternative to modern Manchester. York Minster is one of the country’s most celebrated works of architecture and the scream inducing York Dungeon is great fun. It offers a vivid retelling of York’s gruesome history. Sightseeing buses are a good way to see all the sights in a short amount of time, allowing you to hop on and off as you please. In the evening head to Vudu Lounge a Cocktail Bar and Grill with a great reputation. Food is simple and fairly cheap and the place has a great atmosphere. Or if you want to continue learning more about the city then join a Viking Tour or a Ghost Hunt of York that depart early evening.

Lancashire’s famous seaside resort Blackpool is an hour away from Manchester and served by trains on a frequent basis from Piccadilly. Blackpool Pleasure Beach is as popular as ever. The Pepsi Max Big One is not for the faint hearted but if that’s a bit too much for you then there are a lots of other rides that are less daunting. A trip to Blackpool would not be complete without a trip up the famous Blackpool Tower. Blackpool isn’t the popular holiday destination it once was but that has a good side. Cheap B&B rates mean it isn’t too costly to stay over night to see a bit more of the town and is suitable for a student budget.

Manchester has green spaces all over the city but none compare to the size or beauty of the nearby Tatton Park. The Cheshire park is a short drive from the city and is a great picnic spot for one of those rare sunny days in the North West. Lyme Park, near Stockport is also a good picnic spot and although it is a bit further away it is worth the trip. It is no wonder the hall has been used on both television and film and it acts as the perfect backdrop to a day spent in the park grounds. Both Lyme and Tatton Park are part of National Trust and therefore a small admission charge will apply. Heaton Park is closer to the city and regularly hosts events such as open-air plays and concerts. The park has a boating lake that has boats for hire during the summer months.

If that’s not enough open space for you then the Peak District is the answer. For the adventurous types it is perfect for climbing, hiking or cycling but it can also be enjoyed in quieter ways too. The views from the peaks are worth the effort it takes to get to the top! Lying between Manchester and Sheffield the Peak District can be accessed by train or National Express coach. Meanwhile, Go Ape! have adventures in Rivington, Lancashire and Delamere, Cheshire. Rivington is a 30-minute car journey down the M61 whilst Delamere is approximately 45 minutes away. The tree top adventures costs £30 per person and take around 2-3 hours.