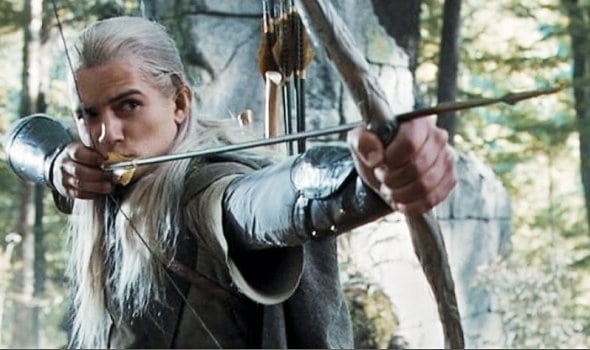 Orlando Bloom was underwhelming as Legolas

Seeing as this is one of the worst movies ever made it may seem harsh to lay the blame with Clooney. It is his worst performance, looking so lacklustre it’s evident he doesn’t want to be in it. However nothing could have saved this abomination.

Director Francis Ford Coppola cast his own daughter as the daughter of crime boss Michael Corleone. This proved to be a mistake as her awkward and immature performance contributed to making it the weakest film in the trilogy.

A rare misstep by Christopher Nolan, Holmes plays assistant district attorney Rachael Dawes and is clearly out of her depth considering her background in teen soap operas. Unsurprisingly she didn’t reprise the role in The Dark Knight.

American actor Costner landed the role of the mythical English outlaw but decided not to attempt an English accent. Zero marks for authenticity!

1. Orlando Bloom- The Lord of the Rings Trilogy

It’s simple, watch the films and look at his face. His method of acting is to look wistfully into the distance like he’s recalling a particularly good episode of Baywatch. Awful.