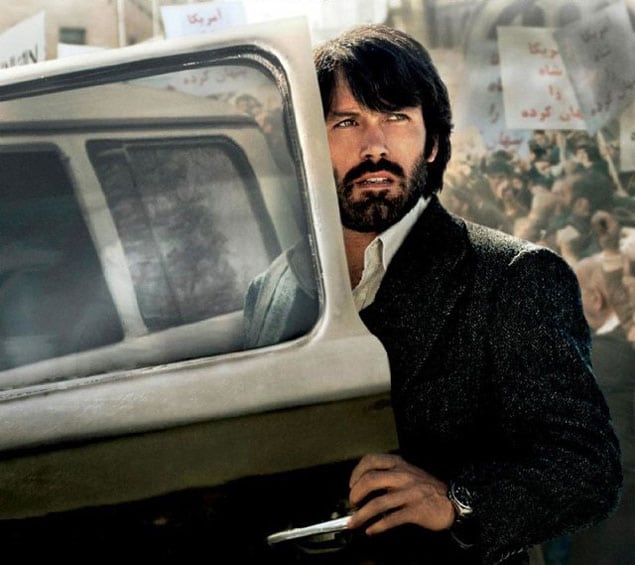 Ben Affleck is back on top in new film Argo

Ben Affleck is a case of the child star made good. Starting his working life on PBS’ children’s series The Voyage of Mimi his career since has been filled with ups and downs but has seen him become one of the few to conquer within the three main disciplines of film-making: screenplay, acting and directing.

Having acted in various TV shows, as well as directing his first short, the curiously named I Killed My Lesbian Wife, Hung Her on a Meat Hook, and Now I Have a Three-Picture Deal at Disney (1993), it wasn’t until 1997 that Affleck was plunged into the critical spotlight with his stunning screenplay debut: Good Will Hunting. Not only did this receive great critical acclaim and public attention, but also consolidated his life long friendship with Matt Damon (his 10th cousin once removed, if you’re to believe everything Wikipedia tells you!). The screenplay was amazing and the few scenes featuring Affleck were said to be the best of the film – Ben Affleck was becoming a household name in Hollywood.

As an actor he’s done some good things – Shakespeare In Love, Daredevil and the cult-classic Dazed and Confused to name a few – but he’s also had disasters, plumbing the depths with Pearl Harbor. Despite being a box office hit, the critics were famously unimpressed, banishing Affleck into acting oblivion.

How was he to come back after that? Very easily. It seems that such blunders only caused Affleck to regroup and regenerate – coming back as director and writer of Gone Baby Gone in 2007. An adaptation of the novel by Dennis Lehane, Gone Baby Gone may not have been a box office success, but won him much industry acclaim with the award for Best Directorial Debut from the National Board of Review. From then on the only way has been up for Affleck. The Town (2010), which not only starred, but was written and directed by Affleck, was this time praised both by critics and box office. Grossing $150 million worldwide, The Town was nominated for nearly every film award under the sun.

But with all of these achievements, the best and most appealing thing that Ben Affleck has proved is that, he’s only human. No matter what your opinion is, there haven’t been many who have been able to successfully venture into, and maintain, a career in acting, directing and screen-writing simultaneously, so a few mistakes can be forgiven. To keep going even after having been frequently named  “the worst actor ever” and having endured a relationship with, and then a highly-publicized break up from, Jennifer Lopez, shows some skill!

With his most recent film Argo (out on November 7th 2012) already receiving rave reviews and being tipped for multiple Oscar nominations, could it be that in the future Ben Affleck’s name will be said in the same breath as Quentin Tarantino or Woody Allen as a multi-talented actor-director-screenwriter? Who knows, but it certainly looks like Affleck is doing all he can to beat back the critics and prove us all wrong time and time again.