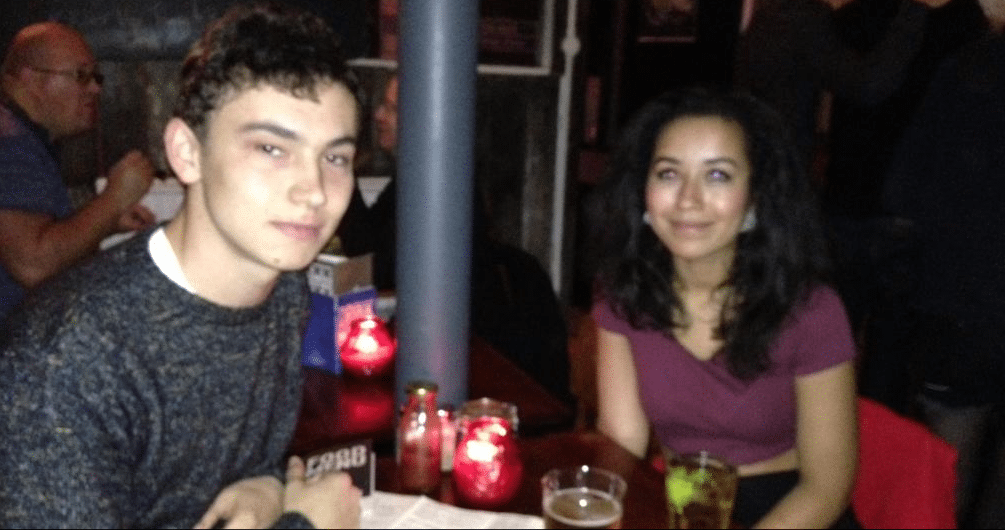 She was really friendly and nicely dressed – she is studying fashion though so maybe that’s not a surprise!

We both had the Spanish stew, which was really quite tasty. Then she had a brownie and I had a sundae which were both pretty enormous.

What did you talk about?

About living in Manchester, favourite nights out and music, how we get on with our brothers, jobs, tv programmes, food.. I found her really easy to talk to.

If they were an alcoholic beverage what would they be and why?

Maybe a Baileys because it goes down well with everyone.

Maybe there were a couple of short ones but I don’t think they were too noticeable.

Hug, kiss, or something more?

We said goodbye at Sainsburys – and then saw each other 5 minutes later walking home! I enjoyed the evening but I’m not sure we’ll meet up again. I’m sure I’ll say hello if we bump into eachother again though.

Friendly, chatty, easy to talk to.

What did you guys talk about?

Why we decided to go on the blind date, nights out in Manchester and travel!

Hm. I’d probably say Malibu and Coke – sweet and really easy to like.

I didn’t notice any (awkward if he says there were).

No hug nor kiss. We didn’t swap numbers so probably won’t be meeting up again.

Hannah and Henry ate at Trof, fallowfield. Thanks to the guys down there for getting involved. To check out their menu and what’s going on there head to http://www.troffallowfield.co.uk/

To sign up for blind date please e-mail your name, year of study and course to [email protected] with ‘blind date’ as the subject