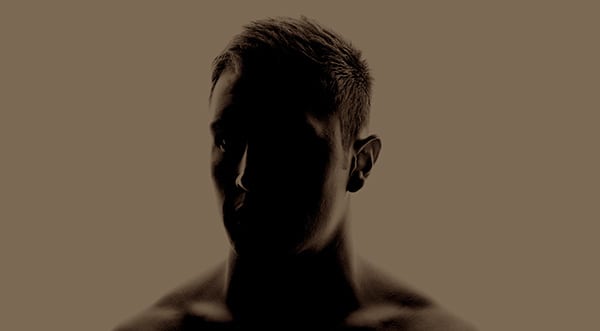 It’s been an compelling year for Kidnap Kid. Since the release of the Alphaville EP, the Sheffield-born producer and DJ has done his bit in helping the reemergence of Garage and House music. With numerous remixes coming out, an up and coming tour with Black Butter Records and a forthcoming EP in the new year, it’s hard not to get excited about what Kidnap Kid is bringing to the modern dance scene. But  Kidnap Kid AKA Matt Relton tells The Mancunion that the origins of his productions are found deep in club music’s history.

“I guess it all came from 90’s Garage, that was the start of the movement. It’s since merged with early 2000’s R&B and thats merged with the House resurgence and formed its own ‘poppy-thing’, it’s tricky to trace.” Indeed, the influences of Garage and R&B underpin a lot of Relton’s work, as 4×4 rhythm meets vocal samples. Whilst many will argue that these sounds have existed for decades, this new generation of producers, which includes the likes of Karma Kid, Disclosure and of course Kidnap Kid himself, are taking this formula and proving that it can be successful in a commercial environment. Notably, Disclosure are currently eleventh in the charts, but Relton does not see this musical era continuing in the future: “It’s changed so much in the last two years, in a years time it won’t sound the same at all. I think everything is going to go it’s separate ways, I don’t think it will last. Some people will go further into House and other people will go into different places, it’s gonna move quite quickly. At the minute I’m listening to stuff thats a bit slower, more Funky Bassline kind of thing.”

Hailing from Sheffield, a city of rich club music heritage, Relton admits this must have had some influence on his style: “It’s the obvious answer because the Bassline scene – the classic Sheffield Dance movement – is quite big really. But at the time I wasn’t actually into it that much.” It’s fair to say that Kidnap Kid was indeed just a ‘kid’ back in the days of Niche nightclub, but today he hopes that his music will give off a better vibe than that popularly associated with Bassline culture: “My music is pretty happy, pretty loved up. My message would be of spreading the love, an overall positive message. Just try and spread some happiness.” Isn’t that lovely? It is. And that is the overwhelming feeling Kidnap Kid’s music gives off. It sure won’t spark off many dancefloor brawls, that much is certain.

In terms of production quality, Relton’s sound is second to none. But Relton admits he’s not sure of what it takes for a track to be ‘finished’: “I can’t really put my finger on it to be honest. It usually takes a long time, but I just kind of know. I rarely send anything out, I don’t even make a large amount of music. I just spend a long time on one thing and it’s finished when I can listen to it completely without finding any faults.”

In the ever changing musical sphere, it is essential for any artist to stay fresh and with Kidnap Kid’s latest remix for Naughty Boy feat Emeli Sande now a month old, Relton assures that new music is not far away: “At the minute I’m just writing my next EP that should be out very early next year. It’s been quite a long process, working with vocalists, which is new territory.” However, aside from a prosperous solo career, Relton concedes that he has also been working on other projects: “I’ve been doing a lot of background production, but I can’t really say what (laughs). Well I dunno, I’ve just done a single with a girl called Loulou James which seems to be doing quite well, but other than that it’s more background stuff because I’m trying to hide my name a little bit.” Respectably so, it would appear that fame is not always not a priority of every young musician, and this certainly fits with the effortlessly humble nature that Relton and his music gives off.