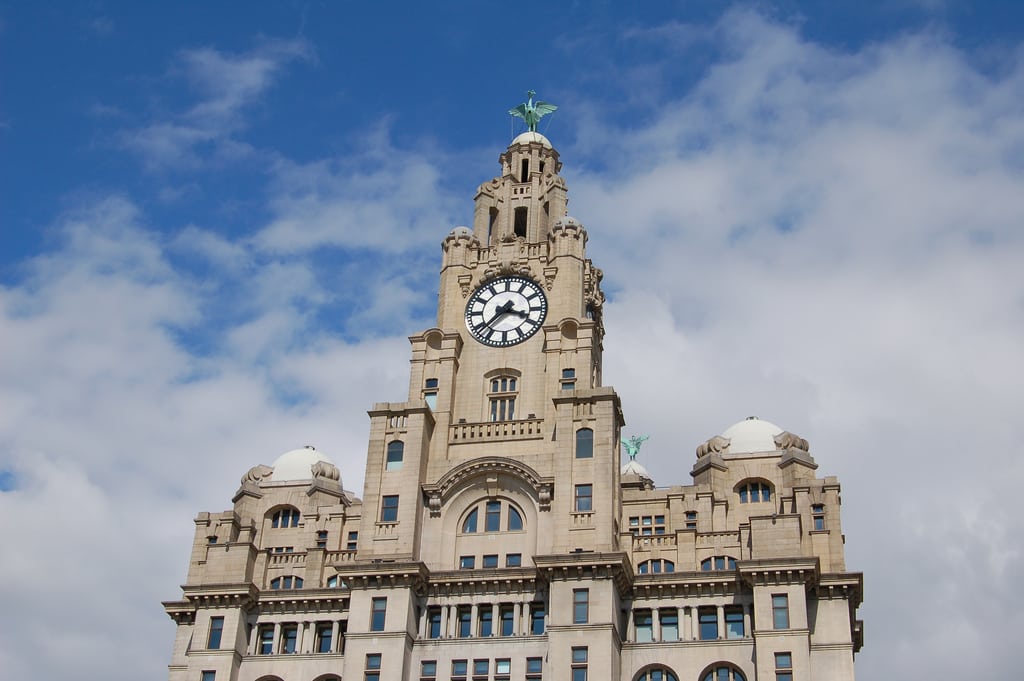 Liverpool has a lot to offer. Photo: Andy Wright

Only an hour away on the train yet easily forgotten when you’re looking for a way to spend your weekend other than hungover, Liverpool is an essential visit. Like a smaller, less daunting version of Manchester, the same football- bar- shopping culture one may associate with the glam northern cities is rife, only it’s a little less mortal and a little more boss.

The city centre is easy to cover  if you dedicate an afternoon to explore; head to the bombed out church on the corner of Berry Street, often open for exhibitions and the perfect starting point for wandering tangents. West is Chinatown, with its spectacular gate guarding the oldest Chinese community in Europe, as is the vast Anglican Cathedral. Directly opposite is Bold Street, hub of the Liverpool Ropewalks area, where bars and boutiques nestle aplenty. There’s a smaller, more accessible version of Manchester Northern Quarter’s own junk jungle; Ryan Vintage with neat rails, more reworked garments and naturally, less character.  Claudia Pink is a boutique quickly becoming a household name in Liverpool. Claudia began making her own jewellery in the Scouse version of Affleck’s Palace and now does business, pride of place, in Bold Street selling glamorous head dresses belly chains and bindhis amongst other unusual costume jewellery.

Markets and fairs are an increasingly popular past time in Liverpool; ‘Some Student Fair’  next on at Bumper (Hardman Street) on 10th and 24th November are magnets for cheap, up-and-coming collections. Handcrafted jewellery from local student entrepreneurs Flower Children is a regular stall secured for their glitz and glam accessories and a huge hit with jewellery fanatics.

Food wise, lunch at Lucha Libre, Liverpool’s most hyped Mexican street food restaurant, is a must. If Mexican isn’t for you, head to Bazaar for some middle eastern tapas in a stylish setting, with everything from mirrors to mosaics available for sale.  A further 15 minutes walking will take you to the Albert Dock, which is delightful on a sunny day, offering spectacular views of the Wirral and ferry rides for those wanting the real maritime experience.

After dark, Friday and Saturday nights are booming in Liverpool when locals and students alike come out to play. Santa Chutpitos is an intimate cocktail bar whipping up poisons such as the ‘hand grenade’  to spark up your evening. Similarly sister bars El Bandito and Salt Dog Slims give that same grimy, cellar party feel you’ll have no choice but to end your night in since they’re open til 5am and beyond. Bar Bodega is another continuing the latest Latino fad sweeping Liverpool, catering to a niche clientele with chorizo tequila, sangria martinis and noughties RnB. Fantastic.

For an experience alternative to a night at  Deansgate Locks, head to Palm Sugar on Liverpool One, or for indie tunes Bumper and Magnet do the trick. You also can’t go wrong with Heebie Jeebies and La’go for cheap bevvies and a heart warming combo of soul, swing and hip hop. All in all, you’ll find that no matter where you end up knocking back shots, everywhere has that warm fuzzy feeling of being a sound northern city where you’ll be bezzies with at least one barman and have told the taxi driver your life story by the end of the night. It’s just that kind of place.