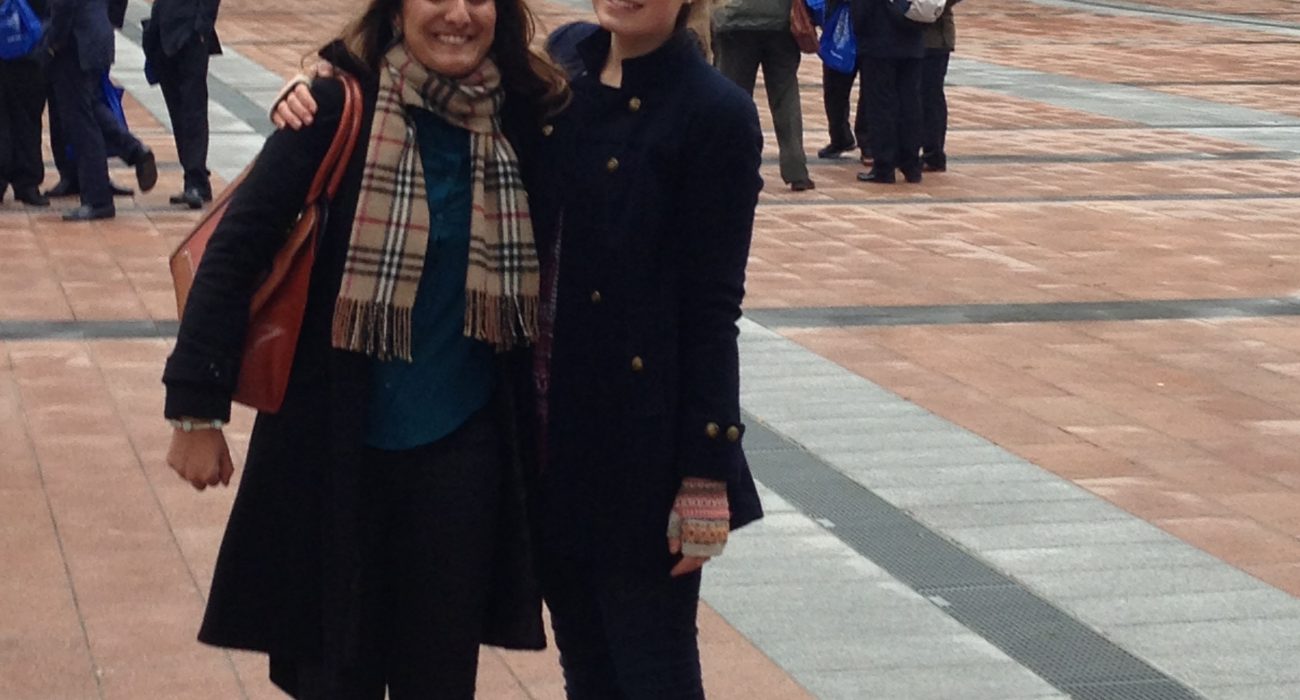 A Manchester Metropolitan University student has delivered a manifesto on climate change to the European Parliament.

Tehseen Mirza, a first year student of Biomedical Sciences, was chosen by the Make the Link – Climate exChange project to present the proposal in Brussels.

She said: “I felt quite privileged, I felt like I was representing a lot of people, including loads of young people in the UK.

“I think that young people need to get involved in the issue because people in power now won’t live with the consequences as long as the youth of today.”

Make the Link is a three year project funded by the European Union and aimed at linking European youth groups with those in Africa to promote action against climate change.

Three years ago, Ms Mirza was chosen as one of only six people worldwide to take part in the project’s youth scholarship programme.

She said: “I was 18 at the time. I was volunteering and received an email about the opportunity so I applied.

“I was really happy to be chosen to represent the UK, I felt quite privileged.”

She presented the manifesto to a workshop of around 30 MEPs as part of a campaign to involve the European Parliament in action against climate change.

She said: “They were quite intrigued that we had come up with something like this and taken such a big stance on the issue. They were all willing to sign it.

“I hope it gets passed next year and that it provides a base for decision-makers to act on. Then we could see changes being made in the future.”

Asked about her future plans, she said: “I’m looking into a career in Biomedical Sciences but I’d definitely like to keep up my work on the voluntary side.”

The issue will be voted on by the European Parliament and the verdict will be announced in February.