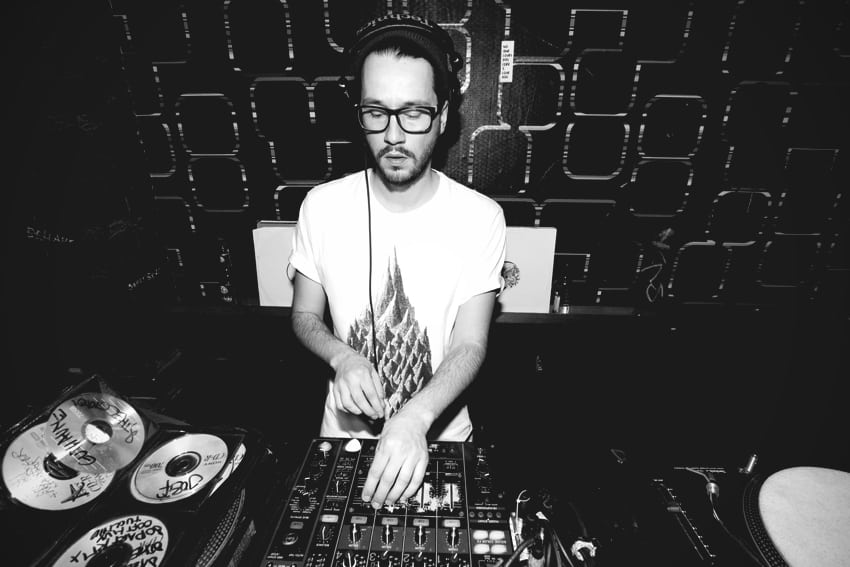 Within the current sphere of four to the floor music, it’s difficult to differentiate between the shit-ton of artists out there.  It’s even more difficult to find a label that’s able to carve out its own sound amid the hackneyed din of bubblegum house.  Leading the charge for Berlin’s Suol imprint, Daniel Bortz is one of the finest purveyors of soulful German techno to fully emerge on the circuit over recent years.  His appearance alongside Ame and Dixon at Sankeys back in March marked his first visit to Manchester, but, speaking from his hometown flat in Augsburg, Bortz reveals he is relishing the chance of getting another crack at the whip.

“I remember it was a really great night, I can’t wait for December. I love playing the UK in general.  The people are open to so many types of music which makes my job that much easier.  Augsburg can be very critical, which does make it harder in some ways, but it’s still a good place to test whether your music can really work.  It’s a small town where people get bored easily, so you have to be on point if you want to inspire them.”

It’s been a fairly long road for the Augsburg-born producer; he has been making music since 1994, yet his first big release on Pastamusik didn’t actually arrive until 2007. “I tried many different kinds of electronic music over that time,” he confesses, “In the beginning it was hip hop, then acid.  I played with drum computers and actual drums for quite a few years. Eventually I bought an MPC and started messing around with outboard synths and Logic.  It was an interesting time because I was listening to everything from psychedelic rock to RnB to techno, but I still wasn’t sure what style I wanted to go for.”

When questioned further about his production technique and majestic sampling, Bortz explains that making music is usually a solitary process for him.  “I can only produce in my studio, never on the road or just on headphones.  I need the bass! Producing with friends is good fun and I might try out some other studios in future, but I think that finalising will always be a lonely process for me.  As for samples, I dig as deep as I can and record them as part of a freestyle jam, but sampling also brings out your inner nerd too.  You have to be a nerd if you want to know all the samples in our musical history!”

Given his fairly consistent output, Bortz very rarely releases remixes of his own tracks, a fact that he acknowledges himself. “I guess I just want my music to stay pure.  I’m not saying there aren’t artists out there who do a great job but I try to focus on my own productions.  It’s just not something for me.” That said, he does appear to be much more inclined to remix the work of others. There a few quality examples knocking about, particularly his edits of Kolombo’s ‘Shape Your Life’ and James Blake’s ‘Limit’, but in terms of original material, ‘I’m Talking’ is the one.  The sample comes from Eddie (of Temptations fame) Kendrick’s 1973 lick “Keep on Truckin”, but take nothing away from Bortz who remains a wizard in the arrangement process.  The beat is relentless, the riffs are infectious and the cuts are perfectly placed.

His productions reflect the same musical range that can be found in many of his mixes; this sense of variety is something he attributes to a crowd-reading alertness. “If the people aren’t into a particular style you have to switch up the BPM.  I’m very concentrated when I play, I think constantly about which song needs to come next in order to sustain the flow. Once you start making links between tracks, you begin to remember which songs go well together but, yeah, I always try to get in contact with the crowd.”

Fortunately for us, the German has been able to gather enough musical connections and flows over the past 20 years to satisfy the multitudinous needs of European club-goers.  “I’ve been DJing for just as long as I have been producing so I’d consider myself very familiar with club music. That experience aided the transition from playing smaller venues back home to the bigger venues I play now.  You can’t compare clubs together though, everywhere is different but the principle is the same. Get people dancing.”

If he wasn’t into the whole superstar DJ thing, he hypothesises that he would still be involved in the music game in some other way.  “That, or cooking,” he adds.  It seems a logical choice for somebody so well adept in the mixture of combinations.  What’s certain is the fact that Daniel Bortz has now firmly cemented himself in the scene and will no doubt continue to make a name for himself over the coming year.