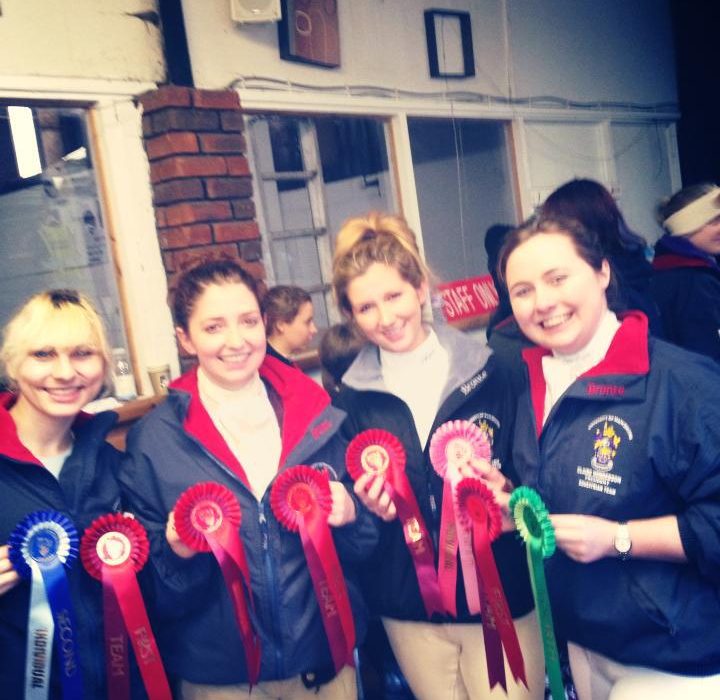 Manchester's Equestrian B team were close to a clean sweep. Photo: Asher Hillsmith.

The Equestrian Club’s B team has won its first competition of the year, storming to victory by over 30 points against Keele, Central Lancaster (UCLAN) and Lancaster.

Only one UCLAN rider prevented a Manchester clean sweep.

The A team and Dev team will be contesting their first local matches in the next few weeks.