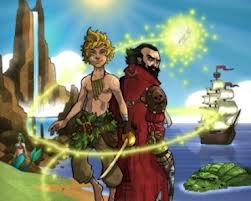 Must See This Week In Theatre: 26th November-3rd December

The Library Theatre Company’s Christmas show this year is the infamous tale of Arabian Nights. The classic story of a thousand and one stories is staged in the round and promises to be visually stunning!

Runs until 12th January 2013 at the Bolton Octagon

Student Tickets £10 or £5 on a Monday or Friday

A musical based on the Bing Crosby film classic, following the success of the record-breaking, sell-out run of 2009. A spectacle that’ll warm any Scrooge-like heart, White Christmas promises to deliver ‘lots of laughter and some of the greatest songs ever written’.

Runs from the 30th November to 5th December