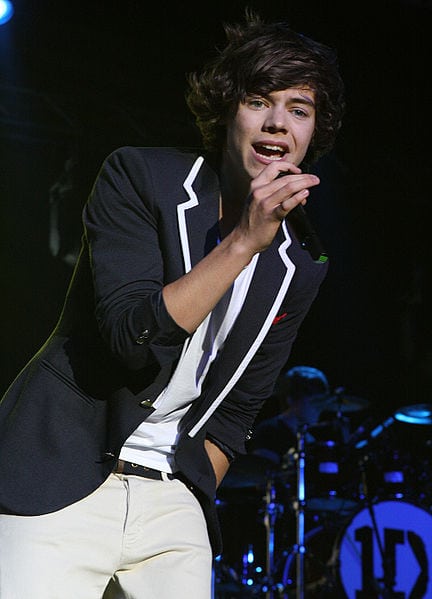 ‘Mafia Twitter trolls’ and my morbid obsession with celeb gossip

Gossip is an activity we partake in almost every day. Usually but not exclusively of a sexual nature, we are fascinated by what everyone else is doing. Apart from affirming our feelings of superiority by sniggering at the mishaps of others, the purpose of gossip is usually to impress.

Not unlike endlessly repeating quotes from Alan Partridge, we blather the hearsay of others in the hope that our audience will fall about laughing; duped into thinking that we are hilarious and interesting.

But the more tenuous our link to the subject, the less interesting the tale – so why am I so fascinated by the relationships of pop stars I don’t even like?

I was genuinely upset to hear that Taylor Swift had gone out with leather-choker-enthusiast Ed Sheeran and I didn’t know about it. But why would I know? I don’t buy their records, I don’t follow them on Twitter and I don’t even like them (although respect to Sheeran for writing a lyric that describes a face as “crumbling like pastries” without anyone noticing). I would understand my interest if I adored them artistically or loved boys with ginger bum-fluff.

It would make sense if I was passionately anti-Swift and detested Eds – then I could jeer at the Daily Mail website and spitefully remark “you deserve each other!” But what baffles me is why I expect to know the personal details of people who, otherwise, I have no interest in whatsoever.

More Swift news that I was shocked I didn’t know was that she’d been spotted holding hands with pube-less heart-throb Harry Styles and had received a barrage of Twitter-hatred from furious fans. One Direction’s Louis Tomlinson referred to their terrifying online troll mafia as aggressive “extremists” in a recent interview, and suggested that it was a “minority offence”. The viral crimes of these offenders have meant the permanent abstinence of Burberry model, Edie Campbell from Twitter, after she posed with the band for a photo-shoot and was ironically told she “looked like a troll”. More extraordinary tweets from 1D fans include the remarkably medieval “I WILL KILL YR FIRSTBORN”, and the simply put, “If u dating my harry, i kill u’.

Now, it’s clear that these maniacs have a vested interest in this gossip. They’ve publically announced their plots to murder a celebrity and their future children. They care. And despite myself, so do I.

I happened upon “Cheryl – Coming Home Cheryl” on ITV, and like my bewilderment at the title’s extra “Cheryl”, I was confused at the audible gasp that passed my lips at the candid announcement that ‘Tre’ wasn’t just a background dancer featured in the documentary, but was in fact her boyfriend as well!

Why hadn’t anyone told me? I have no interest in Cheryl and clearly I’m unaware of Tre’s work, but I was visited by the same inner turmoil that plagued me at the Swift news. I have faith, at least, that I will not be using this gossip to impress nor affirm my superiority, as clearly spreading the news of the ordinary relationships of happy rich celebrities will achieve neither. But, I’m unsure if this voluntary hysteria will pass soon.