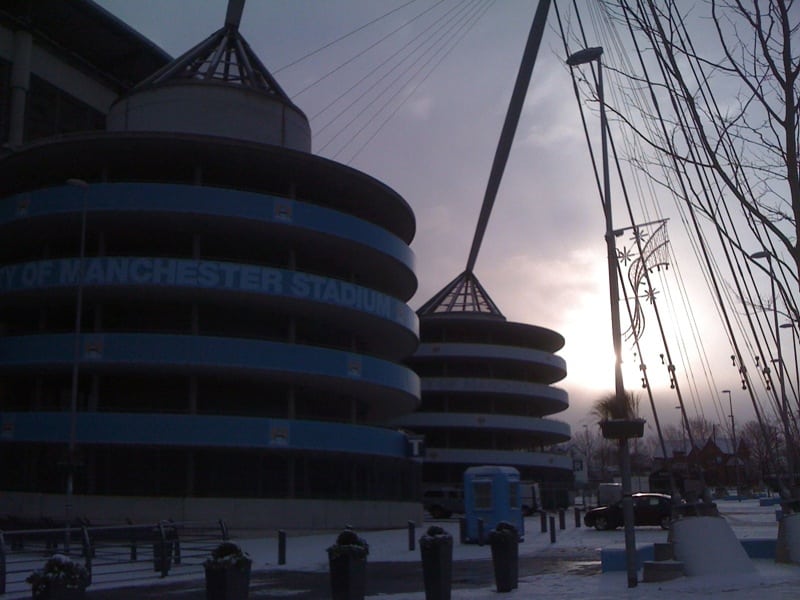 Wednesday the 21st of November proved to be a busy day for Manchester City.

In the afternoon, representatives from the club visited the University of Manchester sporting the Premier League trophy to promote the “Learning Through Football” programme, an initiative that will include the contribution of student volunteers in educational projects for young children across Greater Manchester. After dark a much greater challenge lay ahead: nine-time European Cup winners Real Madrid.

The two events show both how far Manchester City has come as a football club but also the strange dichotomy of a community football club with global ambitions. One of the most celebrated and laudable achievements of City’s ascension is the community work it does and the belief that it is Manchester’s true local club. Yet at the same time the project of Sheikh Al Mansour is an international and expansive one.

The defeat to Real Madrid marked the premature end of City’s Champions League campaign for the second successive season. There are of course many reasons why City have failed to qualify on both occasions: the draws have been particularly unfavourable given that City have been grouped with European giants Bayern Munich and Real Madrid and dangerous attacking opponents Napoli and Borussia Dortmund; a general improvement in European football and decline of English sides at an inopportune moment could also be recognized, on the basis that last season Manchester United also failed to qualify.

But perhaps the real problem is that balancing the club’s local and international identity is proving tricky. Especially among City fans, the idea of the Champions League does not appear to have taken off. Just 40,000 tickets were sold for the critical Ajax game earlier this month compared to over 47,000 for the Aston Villa game two weeks later. The Etihad Stadium has sounded quieter for mid-week games than for League games, which on the surface is strange when such exciting opponents as Real Madrid are in town.

The explanation could be that Manchester City is a club still under development and building a reputation at home; the appetite for Champions League success thus seems to be less strong. For Manchester United, Chelsea and Arsenal, Champions League nights are extra special because of the history each club can associate to European football. The Champions League is the Holy Grail for sides that have won multiple Premier Leagues and FA Cups and so the fans respond. Manchester City has not yet asserted that domestic dominance.

Local rivalry also plays a part; for a long time City have been the neighbours living in the shadow of Manchester United, but now they have the chance to get one over the enemy every season in the Premier League. That, and the fact that winning the Champions League is a much less realistic objective, may contribute to the sentiment that winning the Premier League is more important.

However, while the transition into becoming a European force is understandably tough, City must look to protect that community link in the process. In time, the ambitions of the City faithful will catch up with those of the club itself and the Champions League will become the priority. At that point projects such as “Learning Through Football” will be even more valuable in grounding Manchester City in Manchester.