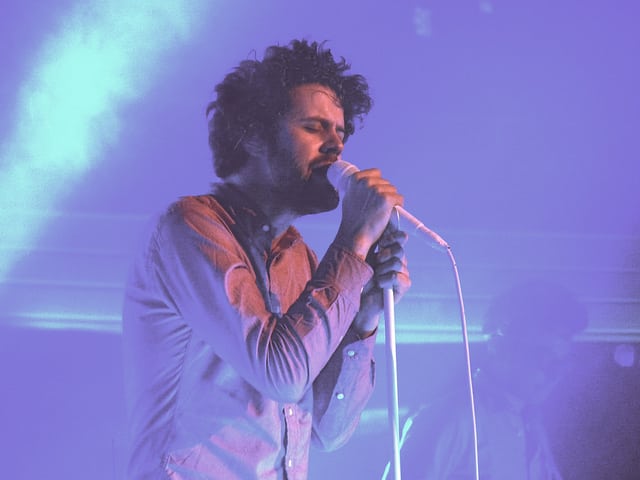 In today’s terms, a period of two and a half years usually represents less of a period of creative downtime for a band than it does an extended break, especially for one that released a debut record to critical and commercial acclaim; in the midst of an ever-increasing climate of disposability, for a fledgling band to take any longer off than is necessary to produce a slew of new songs to tour behind is a gamble, with the band’s continued presence in the popular imagination at risk. Certainly, Academy 1 is much quieter tonight than the last time Passion Pit appeared here, in March of 2010, although it might be worth noting that the choice of support act last time out – an in-the-ascendancy Ellie Goulding – likely played no small part in filling the venue to capacity.

There are, of course, extenuating circumstances. Passion Pit haven’t been away playing golf, smoking cigars and basking unduly in the success of Manners; frontman Michael Angelakos, who acts as the group’s sole songwriter, has faced a continued battle with bipolar disorder; only this summer were a number of dates in his native U.S. axed, to allow him to “work on improving (his) mental health.” It’s a sequence of events that delayed the release of a second record by over a year from its original target date.

Gossamer finally saw the light of day in July, and Angelakos was well enough for a lap of the European festival circuit, which is where the band first displayed serious live credentials back in 2009; opening tonight’s show with a storming rendition of ‘Take a Walk’, it’s quickly apparent how well served they were by that experience. Angelakos’ energy is infectious, and there’s little to suggest that the band are experiencing anything in the way of road rust. Subsequent airings of choice Manners cuts ‘The Reeling’ and ‘To Kingdom Come’ solidify the set’s strong start, but packing the midsection with a number of tracks from Gossamer proves a mistake; the crowd are clearly comparatively unfamiliar with the new material, with only a modest, diehard sect providing any vigour in their response.

This might also be down to the fact that Gossamer is, in short, little more than an uninspired rehash of Manners; that record was an assured debut with plenty of sonic variety, switching between guitars and synths in a fashion seldom as jarring as it might’ve been, but these fresh tracks often find a way to accommodate excesses not present on its airtight predecessor; ‘Constant Conversations’ is an ill-advised attempt to produce the brand of ‘indie R&B’ currently being done so much better by a host of contemporaries, drawing the crowd into a lull that not even fizzing album highlight ‘Mirrored Sea’ can drag them out of; the drawn-out ennui of ‘It’s Not My Fault, I’m Happy’ sounds especially flat when dropped immediately after the explosive opening hat-trick.

It’s not that Passion Pit aren’t an accomplished live act; Angelakos is genuinely a very engaging frontman, and that the band are no less entertaining without the impressive stage set that accompanied them for their Manners shows is undeniably impressive; a little more selectivity with the new material, in addition to smarter pacing of the set, could place them back where they left off last time round.