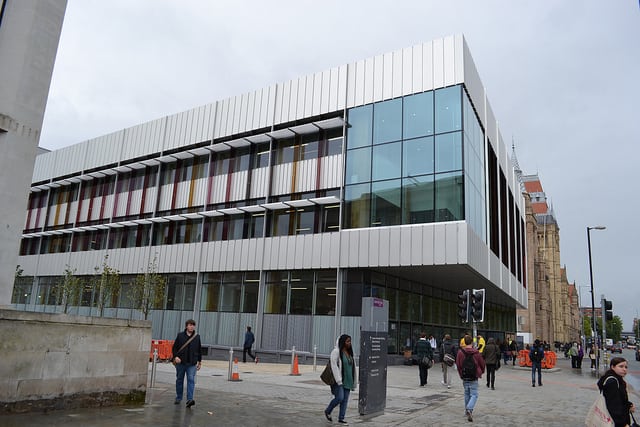 The Alan Gilbert Learning Commons has been forced to close its doors on the penultimate day of the exam period due to drainage problems.

A spokesperson for the University of Manchester confirmed that the building is expected to reopen by Friday afternoon, coinciding with the end of high demand as exams draw to a close.

The brand new £24 million building has been plagued with difficulties so far this year. After a delayed opening last October, the Learning Commons had to shut  31 days when a glass panel was reported cracked.

Amid safety concerns, the University took the decision to “conduct remedial work”, keeping students out until 7 January.

Students took to Twitter today to express their disappointment.

Whilst Aaron Clegg (@Aaron_NE) tweeted, “The Learning Commons is closed on the penultimate day of the exam period. But of course.”

The Learning Commons is lauded as a “world-class 21st century study space” with room for over 1,000 students and was used as a major selling point in this year’s prospectuses. This  January has seen the Commons replace the Main Library for 24/7 access, which has been met with a mixed response.

Images and videos have spread online depicting crowds of students waiting outside the Main Library and working on the floor in the AG Commons.

One picture depicting a large crowd struggling to enter the library last Sunday was posted on The Mancunion Facebook page and provoked disbelief from students.

In response, University of Manchester Students’ Union Education Officer Luke Newton commented, “After agreeing to extend the opening hours until midnight I’d have thought they’d open it up earlier on a Sunday. Well we’ll change that for the summer exam period.”