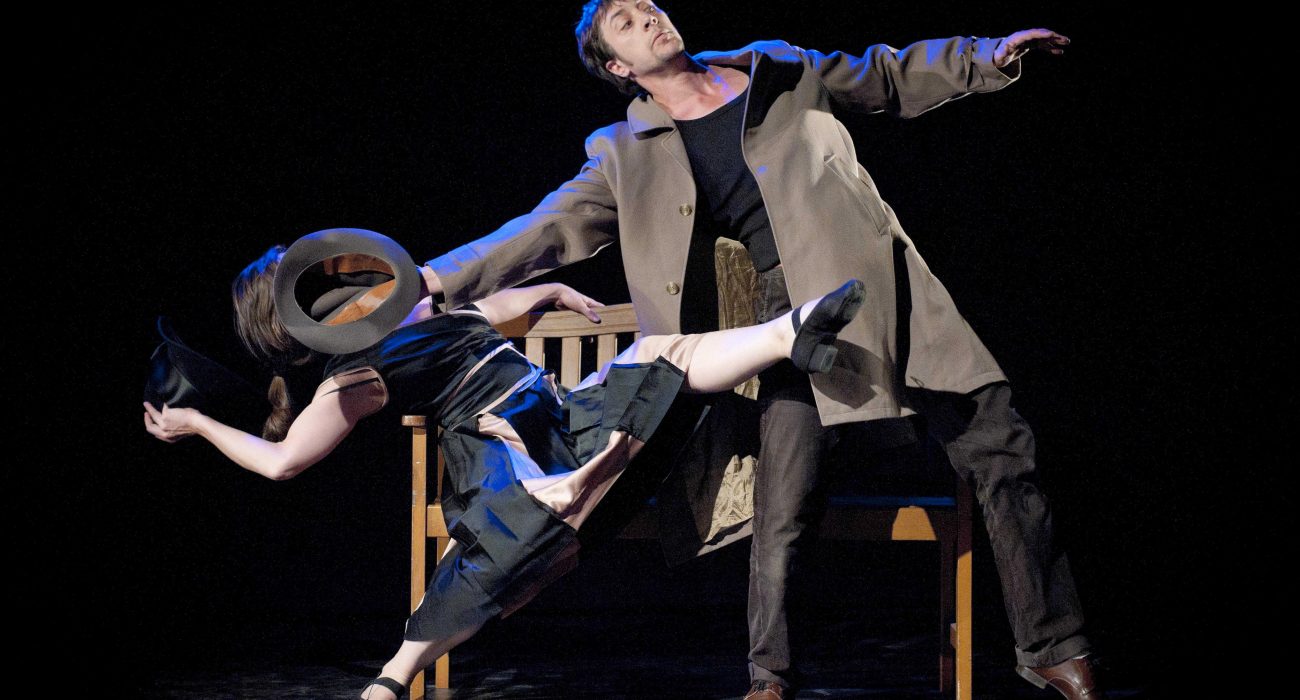 Best of BE Festival. Photo: The Lowry

Three Stars out of Five Stars

The Best of BE Festival is perfect for anyone who wants an unconventional, yet thought-provoking theatre experience. We watched the three winning pieces from the festival, which was based on the idea of transcending communication barriers. The “best physicality” piece, from Brussel’s Compagnie du Geste qui Suave, opened with a woman going through a typical daily routine, with each object created by the body of a man. As he morphed from her toaster to her favourite armchair, the physical intimacy of their two bodies soon made clear that he was in fact the memory of her dead husband.  With a blank stage space and no dialogue, the story and setting of the piece was heavily reliant on the audience’s imagination. This was aided by the innovative choreography and successful execution of the actor’s shapes, which flowed with an ease that suggested numerous rehearsal hours. However I think the piece lacked energy, possibly to little change in mood or tempo, as many of the actions were repeated many times. Thus although the actors performed beautifully, I felt the piece would have made a greater impact if it was condensed into ten, rather than forty minutes.

The ‘Vladimir Tzekov’ Company’s Symphony No.10 from Grenada personified all my preconceptions of what an international theatre festival would contain; sex, nudity and a confusing plot. To summarise the overall effect of the piece I will describe the first scene. The audience wasn’t sure whether to laugh or cry when the lights went up to reveal a man being repeatedly pushed off his wheelchair, accompanied by another man in just a tutu and another in solely a leather jacket and a nude thong. This was practically PG in comparison to their later scenes, which had some audience members leaving due to a graphic portrayal of homosexual sex, and revealed more parts of the male anatomy than I knew existed. My initial reaction was to laugh, though I was not sure I was supposed to, I’m not even sure if the actor’s knew. Then, between suppression of giggles I spent the next forty minutes trying to work out what was going on. I still couldn’t tell you. However I was reassured from overhearing discussions of other audience members that nobody had come up with a clear answer. I think this was the point. The name Symphony No.10 suggests the company had seen themselves as composers creating a new piece of music. The structure certainly reflected musical structure, as a distinct pattern was created through repeated scenes and rhythms. Additionally, like music, the director presented us with images and emotions, rather than necessarily a story to follow. In the same way that I’d rather listen to some Mozart than John Cage’s 4’33 I probably would not choose to watch the piece again. However ‘the company’ were highly successful in giving the audience a similar experience to listening to a new piece of music; provoking thought, and emotion, but not necessarily understanding.

The final performance had won the “audience favourite”, and with all the vibrancy of the Spanish language being matched by the energy of the actors, I had to agree. The language difference of Barcelona’s ‘A Tres Bandes’ in no way hindered the performance, with the subtitles actually providing extra humour; for example by summarising long pieces of dialogue with the words ‘BORING’. It aimed to portray the extent to which fear controls the lives of a young, poor couple by personifying it as a masked man. The fear not only represented the feelings of the couple but took on his own character, for example in hitting on the woman. The real success of this piece, when compared to the previous two, lay in the fact that the concept of fear personified was simple, however remained thought-provoking as it could easily relatable to the audience. I think this concept, and the humour which transcended language barriers, summed up exactly the point of the festival which aimed to create pieces so powerful that cultural differences were ignored. Therefore I would definitely recommend going to other festivals like this, or even entering your own piece, as although quirky, creativity is guaranteed.