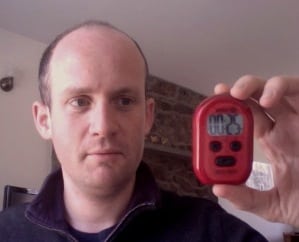 Burkeman: “One of the many risks with positive thinking is that you come to see everything as a dress rehearsal.”

We are barely into the second month of the year, yet the chances are that your New Year’s resolutions have already gone out of the window. Whether it’s quitting smoking, dedicating more time to your degree or – God forbid – tempering that overactive sex drive, the chances are that you have capitulated at the first sign of temptation. You are not alone. According to the Mental Health Foundation, 80% of us fail spectacularly in achieving the goals we set ourselves as Big Ben strikes midnight on January 1.

The thought that we might all harbour a deep-seated desire to turn over a new leaf was thrown into sharp focus at the start of 2013, as 10,000 people pledged their commitment to Cancer Research UK’s much-publicised Dryathlon. It is not a stretch to speculate that for every sober ‘dryathlete’, there were several less resolute participants who made it to the first major social occasion of their month-long challenge, only to take a shortcut to the end of the course via half a bottle of vodka and several Jägerbombs.

Oliver Burkeman thinks he has an explanation for our apparently barren reserves of willpower. An expert on the burgeoning self-help industry – his weekly spot in The Guardian, ‘This Column Will Change Your Life’, takes a look at various aspects of the world of social psychology and the science of happiness – Burkeman believes that we are, quite simply, daunted by the enormity of the kind of overarching, life-affirming goals which manifest themselves as New Year’s resolutions.

“One of the many problems with goals is that very, very large ones can lead you astray – either because they become all-consuming and they distort other areas of your life, or because you deplete your willpower too quickly by trying to make all these different changes at once,” he suggests.

Instead, Burkeman advocates a less radical approach to goal-setting. “Resolutions are about trying to change your life consciously and staying aware of all of the new things you’re trying to do, whereas it’s well-established in the psychology of habit change that what you really want to do is to try and make it as automatic as you can, so that you do just go to the gym at five o’clock every day. What you should really be doing, in incremental ways, is setting up the conditions to generally tend your life in a more healthy direction.”

Burkeman didn’t bother setting himself any such targets this year – “partly because I would have felt too hypocritical having just written an article telling people that they shouldn’t!” – but he understands that many of us feel compelled to do so.

“I mean, who doesn’t want to turn over a new leaf? I think especially in Britain we’re quite bad at admitting that we do have those flaws,” he says. However, the New York-based writer has come to the conclusion that we are increasingly encumbered by an unhealthy obsession with what may or may not happen in the future.

“Goals are by definition achieved in the future and, whilst I’m not totally hostile to all goals, it’s to do with holding them loosely, using them as a gentle guide so that you act in this way rather than that way,” he explains.

“A big problem with a lot of the stuff I characterise as positive thinking is this idea of ‘future orientation’ – the idea that the time that really matters is some time in the future, rather than now. So you are going to set goals, and then one day achieve your dreams; you are going to retain hope at all costs because at some point that hope will come to fruition.”

Originally a quiet detractor of self-help culture – “I’d always had a totally ambivalent attitude towards it… I had always thought, ‘this is rubbish, I’m too sceptical for this stuff’” – Burkeman has since read “hundreds and hundreds” of ancient texts and motivational books, each claiming to hold the key to a happy, healthy and successful life. It soon became apparent to him that the majority of these imparted the same, singular message – “this basic idea that the path to happiness and success is to fill your mind with positive thoughts and positive emotions”.

Maintain a positive frame of mind at all times, and your inner positivity will inevitably produce tangible positive consequences – or so the theory goes. It is a bright and breezy life philosophy with an edge of steely determination; a future-oriented fantasy which will, one day, become a perfect reality.

Yet Burkeman refused to accept that fulfilment could lie in such an unsophisticated solution. In fact, slowly but surely, he became convinced that the exact opposite was true. “All the stuff that worked, that seemed to resonate with me, that was backed up by the research, or seemed useful when put into practice in my own life, had this alternative take; this idea of becoming more comfortable with negative things.”

On Burkeman’s view the ‘new year, new you’ phenomenon is merely one component of a myth, propagated by the self-help industry, that our collective quest for future happiness should rely steadfastly on the doctrine of positive thinking. His latest book, The Antidote, rails against “a culture fixated on optimism and positivity,” suggesting instead that we should embrace failure and negativity as inevitable and, more often than not, valuable and meaningful.

Determined that there must be an altogether more erudite path to happiness, the book charts Burkeman’s journey through various cultures and religious traditions in an attempt to uncover the factors which might contribute to a pessimistic but applicable alternative. “It’s new and counter-intuitive compared to the last century of popular psychology, but it’s as old as the hills,” Burkeman says of his approach.

The thought of travelling to a secluded retreat high in the mountains of Massachusetts for a week of total and utter silence isn’t necessarily the first thing that comes to mind when we consider potential paths to happiness, but for Burkeman it was a revelatory experience. Entirely removed from the distractions and complexities of modern life, he and his peers were coaxed into seven days of Buddhist meditation. Within 24 hours, the early monotony had given way to a very real sense of security and tranquillity.

Burkeman admits that there may have been “an element of Stockholm syndrome” to his week of contemplation despite it feeling, at times, “like a combination of courtroom and torture chamber”. Tormented by the high-pitched screech of Aqua’s ‘Barbie Girl’ – which lodged itself in his brain, on a loop, for 12 hours – he was on the verge of going stir crazy.

“Then, after all of the nonsense, and the stupid song lyrics, you get a lovely calm which is delightful. Then you sort of berate yourself about everything you’ve ever done which is bad,” he tells me. I put it to him that, more than anything, it sounds like a mind-numbingly tedious experience, though Burkeman explains that it is anything but.

“Oh, it’s never really boring. And that’s kind of the revelation – how ceaselessly noisy it is inside your own head. I daydreamed a lot, and I was not perfect by any stretch of the imagination at staying focused on the object of meditation, but when you are its either interesting, or occasionally distressing, or aggravating.”

A more mundane – but equally unusual – attempt by Burkeman to discover the path to happiness took place in the altogether less glamorous surroundings of a commuter-filled London Underground train. In honour of the Stoic tradition, Burkeman attempted to conquer his own human nature by dispensing with all notions of embarrassment… and announcing every stop on the Central Line at the top of his voice.

He still recoils with horror at the very mention of the experience. “I was quite terrified, and at first I did it very quietly. I think the interesting thing is, why should that be so terrifying? You’re not insulting people, or hurling abuse; it’s so odd that that should be so scary. It’s just because it’s so weird that it’s so embarrassing, and that’s a very interesting fact about anxiety and worry.”

From a personal perspective, Burkeman’s nemesis when it comes to anxiety and worry has long been his penchant for procrastination. “I think I was probably slightly atypical as a student – I freaked out with stress,” he recalls of his time at Cambridge. “It’s good to have some structure in your day and certainly in some student contexts you can go for days without anywhere or anything you absolutely have to be at which, for me personally, is the absolute death knell of productivity, because you need to impose some kind of structure.”

“On the other hand, there is certainly something to be said for a degree of idleness and for having that kind of space. Sometimes I think I’m a bit too much in the opposite direction – I often feel that an hour isn’t a good hour unless I’ve ticked something off the to-do list. It’s great not to feel that way.”

It is a state of mind that almost every student can identify with. Whether it’s fretting about the next deadline or putting off thinking about your dissertation until after the weekend, the university experience sometimes feels like a constant battle against distraction after distraction.

Though he does not claim to have found the solution to the future happiness of all humanity, Burkeman is unequivocal when it comes to the pitfalls of baseless optimism and short-sighted positivity. “One of the many risks with positive thinking is that you come to see everything as a dress rehearsal, because you are putting everything in place for some future shining vision, a grand moment of truth when it’s all going to have been ‘worth it’.”

“And I think that some people don’t mind living that way, and never getting there… but the point of that is to have a good experience now rather than to mortgage your whole future happiness on some point in the future.”

‘The Antidote: Happiness for People Who Can’t Stand Positive Thinking’ is out now in paperback 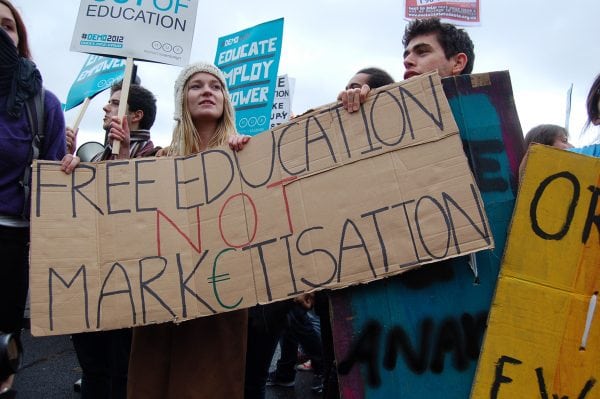