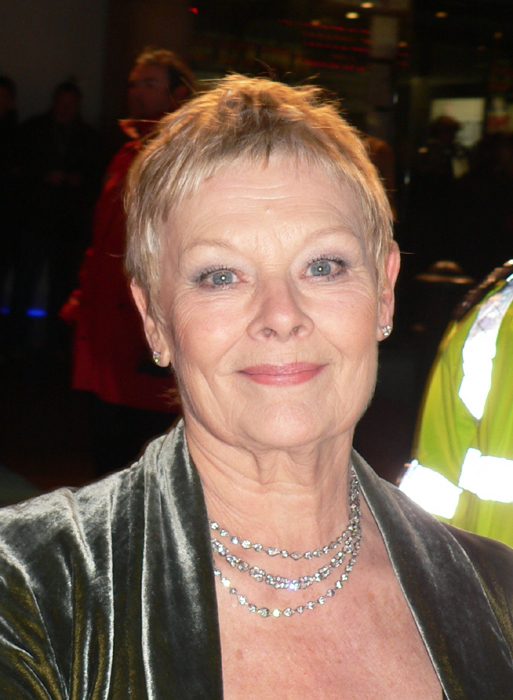 Cleopatra, Lady Macbeth, Titania, Juliet, Ophelia, Sally Bowles, Queen Victoria, Queen Elizabeth I, Queen Elizabeth II, Lady Catherine deBourgh, M: over the course of one of the longest and most illustrious careers in contemporary theatre history, she has territorially occupied the public imagination of some of the world’s greatest, fiercest, and downright baddest women on the globe.

She’s won more Oliviers – seven – than any other performer, won an Oscar for a film she was only in 4 scenes of, has been handed five honorary doctorates and is mates with Lethal Bizzle. Introducing national hero and all round don… Dame Judi Dench.

Alongside others, like her erstwhile stage husband, Ian McKellen, Dench is one of that ilk of actors whose strong roots in the theatre translate into any medium with the unmistakeable charisma of the British old school.

Initially trained as a set designer, she’s worked with pretty much every institutional theatre company under the sun – National Theatre, Royal Shakespeare, Renaissance Theatre to name just a fraction of them – both in and behind the scenes. “In the theatre you can change things ever so slightly,” noted Dench in one interview, “it’s an organic thing. Whereas in film you only have that chance on the day, and you have no control over it at all.”

Dench’s longevity and domination in the worlds of both theatre and film pay homage to that biting wit, sharp tongue, and piercing set of baby blues, all of which she pulls off with equal gravitas on both screen and stage. Beating off solid competition from greats like Olivier and Gielgud, Dench was named ‘Greatest Stage Actress of All Time’ in 2010 by The Stage. It’s fair to say Dench has almost become synonymous with great theatre, adaptability and poise.

I mean, how many septuagenarians do you know who can rock a snapback?