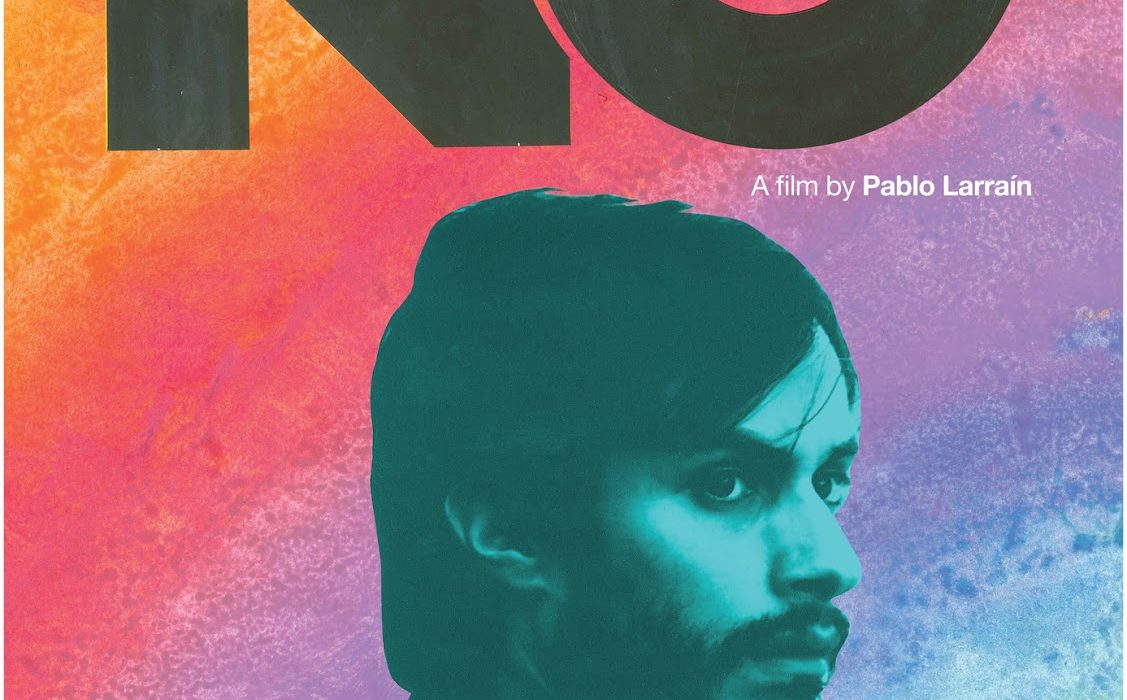 Official Movie Poster for 'No'

I have been so excited for the release of No, and one look at its current track record will tell you why. Having won the Art Cinema Award at Cannes, No was nominated for Best Film at the 2012 London BFI Film Festival and is now up for the Academy Award for Best Foreign Language Film.

You should instantly recognise lead actor Gael García Bernal from Walter Salles’ breathtaking Motorcycle Diaries (2004). Leaving Che behind him, Bernal plays René Saavedra, an ad executive in charge of organizing an advertising campaign to overthrow the dictatorship of Augusto Pinochet.

One of the much-talked about aspects of No is director Pablo Larraín’s choice of using a 1980’s U-matic video camera to capture the story. Immediately I was skeptical, naively assuming that this was a marketing technique in itself, firmly positioning No in the indie/art film genre and warding off any hopes for Academy Award success. But the way Larraín took his own “dated” footage and amalgamated it with real-life footage of police raids and political protests instantly transported us back to the 1980’s. The film almost took on the form of a documentary, transforming its tale of repression and terror into a visceral experience for the audience, immersing us in the story from beginning to end. Right up until the flip-chart style closing credits, we were never sure if we were in or out of the drama, in front of the cinema screen or with the ad campaigners behind the camera. This raw method of filmmaking brought home that all this really did happen. Before 1988, many Chileans were scared to even vote at all, whether that was for or against the dictatorship.

With such an influx of political dramas doing the rounds this awards season, we’re all in danger of becoming desensitized – what has this film got that the others haven’t? Unlike the clean-cut sleekness of Hollywood filmmaking evident in Lincoln or Zero Dark Thirty, Larraín has taken a well-timed risk, going against the grain to produce a film that will stand out not only for its cinematography, but for its raw and gritty portrayal of a real-life political event. No could well be the dark horse of this year’s Academy Awards – it’s certainly a definite yes from me!