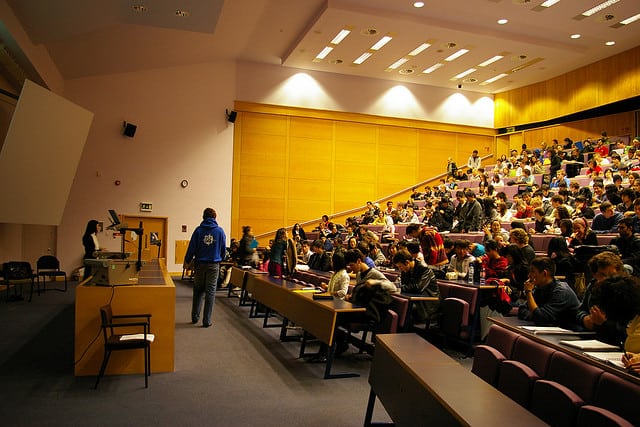 Applications to higher education institutions across the UK have seen an unexpected rise this year.

The figures, released by UCAS, show a 3.5% increase in the number of applicants in the 2013 application cycle – a surprise to many who predicted a trend of falling applicants after the fee increase last year.

In November it was revealed that UCAS applications were almost 10 per cent lower than they were at the same time the year before – a record drop.

Mary Curnock Cook, Chief Executive of UCAS, said at the time: “Experience tells us that changes at this point in the cycle are a poor guide to final demand.”

Reacting to the recent figures, she speculated: “This may be indicating that some young people delayed their decisions about higher education after leaving school last year.”

Home applications to higher education fell 10% in 2012, and the number of students that registered at the University of Manchester this academic year fell by over 1500.

However, the application rates of 18 year olds across the UK are now at, or near, their highest recorded levels. The number of nineteen year olds applying to higher education has also shown a growth of over 10%.

David Ellis, Editor of studentmoneysaver.co.uk., agreed with Ms Cook’s suggestion. He wrote in The Telegraph: “This year’s students are spending longer making decisions because they demand more from their education”

Applications to study at the University of Manchester “have shown some modest growth”, explained Clive Agnew, Vice President of Teaching, Learning & Students.

He continued: “[This] has taken us back to the overall level of applications that we enjoyed in 2011, prior to the fall which we experienced last year.”

Manchester students get creative with another halls protest